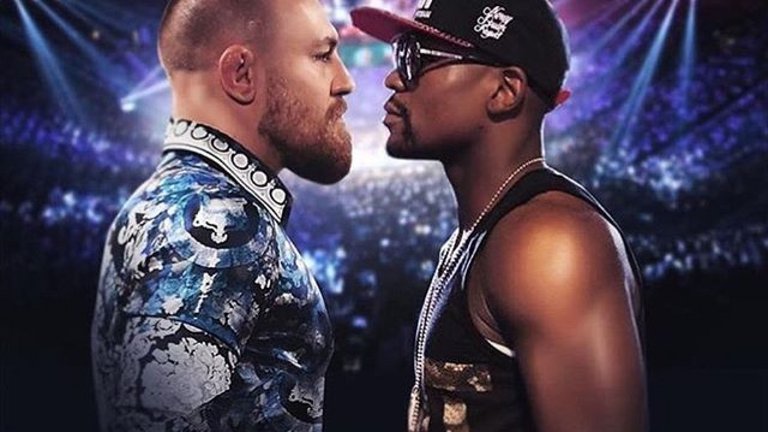 Confirm your login credentials for your Shots account and brace for yourself for the reality of Floyd Mayweather versus Conor McGregor.

What was once ago often dismissed as a fantasy matchup that had no prayer of ever materializing continues to move in the direction of not only happening, but perhaps occurring sooner than most expected. Mayweather Promotions has placed a hold on the MGM Grand in Las Vegas, Nevada—the venue that has hosted the final 12 bouts of Mayweather's Hall of Fame career and 15 overall—for August 26, a hold that also includes a reserved weigh-in date of August 25.

His application is part of the latest Nevada State Athletic Commission monthly agenda hearing which will take place on Wednesday. Should it come to fruition, the event would be produced and distributed by Showtime's PPV arm in conjunction with UFC.

For now, the hold is just for Mayweather Promotions to host an event at the MGM, with the retired boxer-turned-promoter merely suggesting so far that Badou Jack will likely land on the date that—according to the NSAC calendar—would be carried by American cable giant Showtime, who has yet to confirm plans to host any boxing on that date. The former super middleweight champion has already announced that he will be moving up in weight, and is being groomed for a showdown with secondary light heavyweight titlist Nathan Cleverly.

Jack was one of several boxers mentioned by Mayweather as talent that would appear on an undercard to such a superfight between the most bankable stars in boxing and Mixed Martial Arts (MMA) history, respectively, should a battle with McGregor come to fruition. Reigning unbeaten super featherweight titlist Gervonta Davis is also a strong candidate to land a showcase slot on such an event.

Should the announcement come this week, it would be consistent with recent epic events involving both athletes in providing just a 10-11 week promotional window.

Mayweather's record-breaking—albeit, largely forgettable—pound-for-pound battle with Manny Pacquiao was announced just 70 days prior to May '15 meet. It was an event that was some five years in the making and—given the larger-than-life celebrity status that both boxers already carried—basically a promotion that ran on auto-pilot. Although the fight itself stunk out the joint, it established financial benchmarks (Pay-Per-View sales, live gate, sponsorship revenue, boxer earnings) that will likely never be broken in this lifetime.

Not even with the spectacle of boxing meeting UFC. That moment came in his split decision win over Nate Diaz last August, with 1.65 million PPV subscribers purchasing an event that saw the Irish superstar avenge the lone loss of his career. That event —which took place at T-Mobile Arena, McGregor's lone Vegas appearance that wasn't held at MGM Grand, where he's previously headlined four times—was given the benefit of just one more week of promotion than was afforded for Mayweather-Pacquiao, with a June 4, 2016 announcement confirming the Aug. 20, 2016 show.

As great as McGregor is in the cage, he has never boxed professionally—hardly the recipe for success when going up against the greatest boxer of at least his generation, and arguably among the very best of all-time.

That said, even with a summer fight date, Mayweather will return to the ring for the first time in nearly two years and earlier this year celebrated his 40th birthday. A world champion in five weight classes—including four lineal championships—the Las Vegas-based, Michigan-bred superstar hasn't laced 'em up for pay since a Sept. '15 points win over Andre Berto, immediately announcing his retirement in his post-fight interview in staying true to the promotion's theme of it being his final call.

As is far too often the case with boxing, most retirements aren't built to last, not until the game decides it is completely done with you. Time will tell when Mayweather chooses to break that promise, even if just for a one-time return.