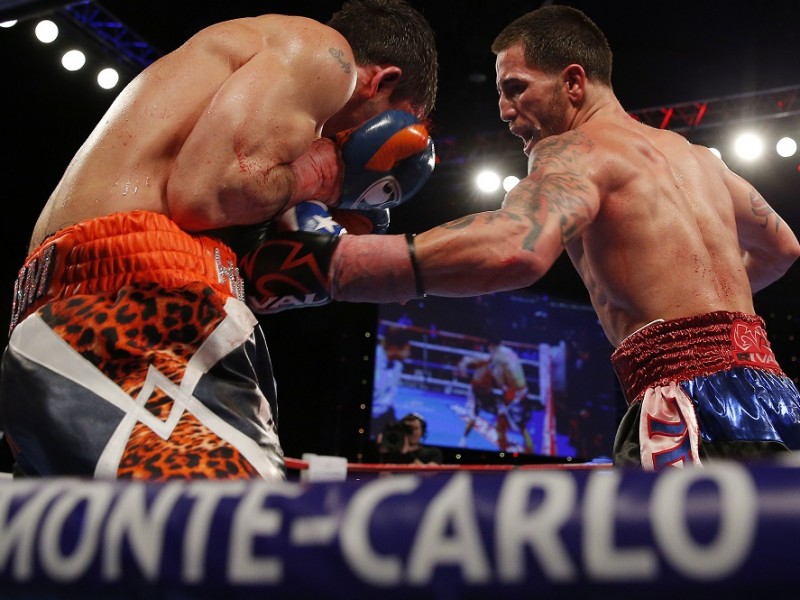 For the second straight year, Eddie Hearn plans to roll the dice in Monte Carlo.

The leading promoter in the United Kingdom—and perhaps the very best promoter in all of boxing today—announced on Tuesday his intentions to return to the scenic luxury city for the latest installment of "Monte Carlo Boxing Bonanza" at the famed Salle Médecin of the Casino de Monte-Carlo.

“I am delighted to be returning to Monaco on November 4 for another Monte-Carlo Boxing Bonanza,” Hearn said in a statement released through the press office of his Matchroom Boxing outfit. “This time we will be staging this exclusive event from the magnificent Casino de Monte-Carlo for a black tie event to be remembered.

"We will be bringing together major names from the boxing world for another evening of World Championship Boxing – keep the date free!”

For now, it's just a skeleton show as no fights have yet been announced. However, the event—which will air live on Sky Sports in the United Kingdom—is likely to carry the rematch between bantamweight titlist Jamie McDonnell and former 115-pound beltholder Liborio Solis. The two met last November in Monte Carlo, with McDonnell claiming an unpopular decision in what many deemed to be the 2016 Robbery of the Year.

The stunning yet intimate site has hosted 1-2 major shows per year since 2013, with unbeaten, unified middleweight titlist Gennady Golovkin appearing three years in a row (2013, 2014, 2015).

“The Casino de Monte-Carlo is thrilled to welcome again the Monte-Carlo Boxing Bonanza in its iconic private gaming room and to take an active part in the organization of this international event,” said Pascal Camia, Executive Vice President, Gaming Operations. “This outstanding tournament contributes in positioning Casino de Monte-Carlo as a stunning place for extraordinary events.”

The card last year featured McDonnell-Solis I, Jason Sosa's thrilling 12-round win over Stephen Smith in a 2016 Fight of the Year contender and the European debut of unbeaten heavyweight Luis Ortiz, whose 12-round waltz with Malik Scott aired live on HBO.