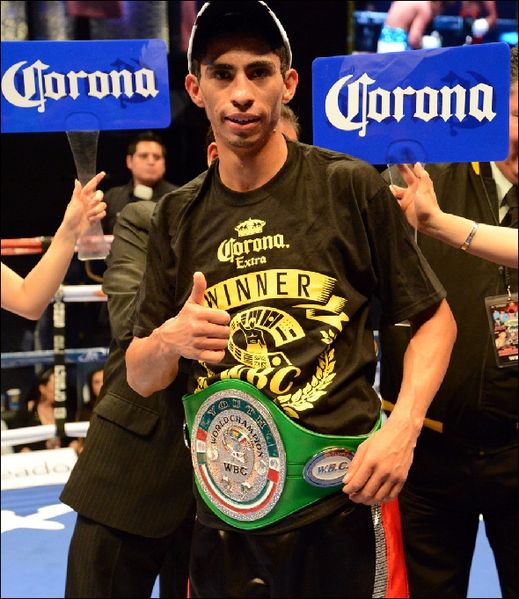 Even if the two major U.S. boxing main events on August 26 leave a lot to be desired, there now exists at least one legitimate matchup well worth watching that evening.

An hour or so before former four-division world champion Miguel Cotto ends a near three-year ring hiatus in facing Yoshihiro Kamegai, his comeback appearance will carry a mouthwatering primer. The August 26 HBO-televised show—which airs live from StubHub Center in Carson, California—will kick off with unbeaten 122 lb. titlist Rey Vargas of Mexico in his first defense versus California's Ronny Rios.

The matchup falls in line with the already rich history of the venue, which has consistently produced Fight of the Year-level affairs for well over a decade.

“People who want to see real fights, for real world championships, are in for a real treat on August 26th,” said Oscar De La Hoya, Chairman and CEO of Golden Boy Promotions, whose company promotes the event. “For the last many summers, StubHub Center has played host to the highest action fights in our sport. That tradition will continue at the end of August.”

Topping the show, Cotto challenges Kamegai for a vacant 154-pound title on the same night where Showtime Pay-Per-View prevents the heavily hyped circus act between comebacking (if only for one night) former pound-for-pound king and five-division champ Floyd Mayweather and UFC superstar Conor McGregor at T-Mobile Arena in Las Vegas.

As the undercard is put together for that sideshow, more relevant bouts will come of the evening. For now, there exists at least one legitimate reason to take in a night of boxing on August 26.

Vargas (29-0, 22KOs) attempts the first defense of the 122-pound crown he acquired in a convincing—yet poorly scored—decision win over Gavin McDonnell in their vacant title fight this past February on the road in Yorkshire, England.

The 26-year old all-action slugger from Otumba, Mexico is stuck playing yet another away game, as the show takes place barely 30 miles from his opponent's hometown. It also marks a matchup of strange bedfellows, as Promociones del Pueblo—a leading promotional outfit in Mexico whom guides Vargas—has been embroiled in a lawsuit with Golden Boy Promotions over one of its biggest clients, former bantamweight and featherweight titlist Jhonny Gonzalez.

Still, little can stand in the way of a fight worth making and the defending champ fully embraces the challenge of entering hostile territory for the chance to perform at the famed fight venue.

"I am thrilled to defend my world championship for the first time on such a special night at StubHub Center," said Vargas, who makes his HBO debut. "I know Ronny Rios is an extremely tough challenger, but he has never tasted power like mine, and I am confident I will come away with the victory."

Rios (28-1, 13KOs) has been waiting in the wings for his first title shot for as long as the evening's headliner Miguel Cotto has been out of the ring. The 27-year old from nearby Santa Ana, Calif. scored the biggest win of his career in a Nov. '15 decision win over Jayson Velez to position himself for a major title. The feat came on the undercard of Cotto's 12-round loss to Saul 'Canelo' Alvarez in conceding his World middleweight crown.

Refusing to rest on his laurels, Rios—who suffered his lone loss just two fights prior to outclassing Velez—has since added three knockout wins to his ledger. The latest came this past May, stopping Daniel Noriega in the 4th round of a preliminary bout in support of Alvarez' 12-round shutout of Julio Cesar Chavez Jr.

No longer looking to stay busy, the rising contender insists he is now ready for the biggest challenge of his career.

"This is a dream come true for any boxer. Now that it's here, I'm ready to capitalize on the journey me and my coach have been on for several years," said Rios. "Vargas will provide us with a tough game plan but I've been working my whole life for this opportunity. He has good power and a very good coach with Nacho, but I have a great team as well. I am thankful that GBP has gotten this fight for me - and I expect a tough, tough war from Rey."