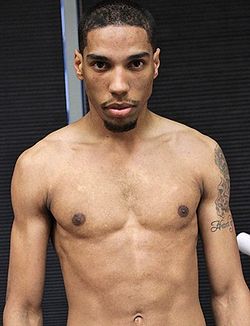 Three days after he saw his comeback fight fall apart due to a medical issue, Jamal James has already secured his ring return.

The still-hopeful welterweight prospect has been added to the July 15 bill at Nassau Coliseum in Uniondale (Long Island), New York. His scheduled 10-round clash with veteran contender Jo Jo Dan will top a special edition of Premier Boxing Champions (PBC) on FS1, which will immediately follow a tripleheader airing live on free-to-air Fox in primetime from the same location.

James lands the bout just days after his planned June 27 crossroads clash with Samuel Figueroa was scratched by the Pennsylvania Athletic Commission. The two were set to appear on the latest installment of PBC on FS1 from Bethlehem, Pennsylvania, only for Figueroa to suffer from dehydration leading into the pre-fight weigh-in, which made him a medical scratch.

At the time, it meant for James sitting on an inactive stretch as well as his lone career loss last August. With the latest schedule change comes the opportunity for the rangy middleweight to finally resume his career.

"I'm excited to be able to get back in the ring on July 15," said James (20-1, 9KOs), who has been out of the ring since a 10-round defeat to Yorgenis Udas in a bout he accepted on short notice and just four weeks after his previous ring appearance. "I'm grateful to have the team that I have so that I could fight on this great card in Long Island on FS1 and FOX Deportes.

"I've been training hard and I'm hungry and anxious to get back in the ring and show off my skills."

While James is eager to overcome his shocking loss last summer, his opponent is anxious to get his career back on track after having tried and failed at the top level.

Dan (36-4, 19KOs) has endured several ups and downs over the course of 13-year career. The 35-year old southpaw from Canada by way of Romania overcame a pair of losses to Selcuk Aydin to secure his two biggest victories—both coming at the expense of Kevin Bizier to punch his way into title contention.

The wins led to a shot at then-unbeaten welterweight titlist Kell Brook, against whom Dan suffered a 4th round knockout loss in his lone career title attempt in March '15. He's managed wins in two of his three subsequent bouts, although wedged in between was a 6th round stoppage loss last November to Jarret Hurd, who's since claimed a super welterweight title.

It's a long way to go for Dan to return to that level, if ever at all. A win over James would most certainly prove a big step in the right direction.

"I am back at welterweight for my fight on July 15 and I plan on putting on a good performance so that I can get back in the mix for a world title shot," said Dan. "I am having a great training camp at the Grant brothers' gym in Montreal and I'll be in top shape on fight night. My team and I are thrilled to be part of this event that brings big-time boxing back to Long Island."