All Boxers Make Weight For Golden Boy On ESPN2 Show 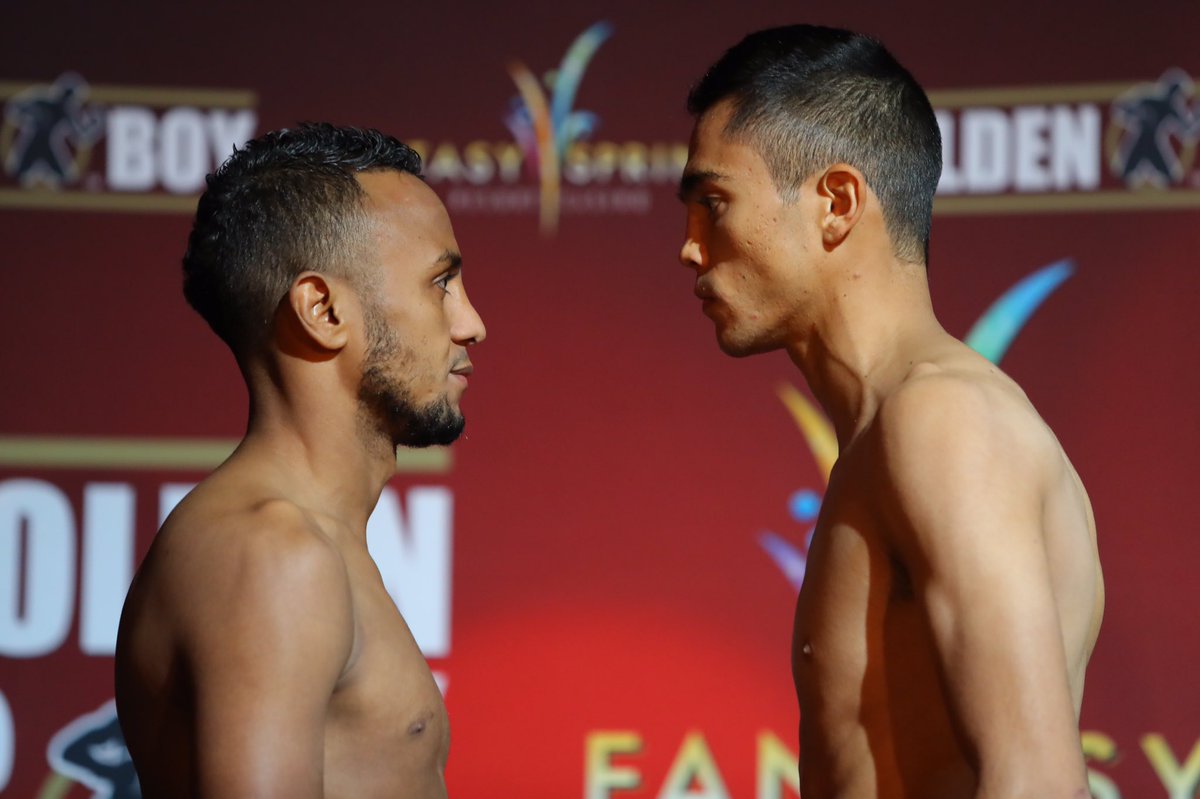 The latest edition of 'Golden Boy Boxing On ESPN' is set as all boxers made weight for Friday's show, which airs live on ESPN2 from Fantasy Springs Resort Casino in Indio, California (Friday, ESPN2, 10:00pm ET/7:00pm PT).

In the evening's main event, unbeaten bantamweight prospect Oscar Negrete risks his perfect record as he faces rugged Mexican spoiler Sergio Frias in a scheduled 10-round regional title fight. Negrete (16-0, 6KOs)—whom last appeared this past May in an eight-round win over Victor Ortiz—weighed in at 117.5 pounds for his first shot at any belt in the pro ranks. Frias weighed 118 pounds for his first fight since last July, when he knocked former champion Vic Darchinyan out cold inside of two rounds in their FS1-televised battle in Birmingham, Alabama.

The co-feature offers the continued rise of aptly nicknamed prospect Ryan 'Blue Chip' Martin, whom faces Marcos Jimenez in a scheduled 10-round bout to be fought just above the lightweight limit.

Martin (18-0, 11KOs)—a former amateur standout from Chattanooga, Tenn. who now lives and trains out of Cleveland, Ohio—checked in at 136.8 pounds for what will be his sixth fight in 15 months after having gone idle for nearly a year due to legal issues with former "promoter" Curtis Jackson (better known by his stage name as famed rapper 50 Cent). Jimenez (22-7, 15KOs)—a 33-year old Dominican whom hails from Hall of Fame legend Felix Trinidad's hometown of Cupey Alto, Puerto Rico—weighed 136.5 pounds for his first fight of 2017.