Joshua Buatsi: I'm Ready To Thrive Under The Pressure 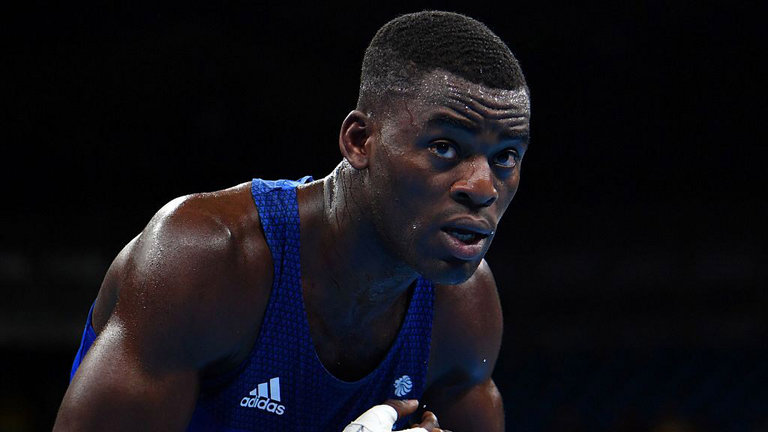 Fight day has finally come for one of the more positive stories to emerge from an otherwise polluted 2016 Rio Olympics competition.

Joshua Buatsi—who enjoyed a memorable underdog run in capturing Olympic bronze for Great Britain one year ago—is now set to make his pro debut. The British light heavyweight will square off versus Spain-based Cuban journeyman Carlos Mena in a six-round supporting bout on Saturday's Sky Sports telecast live from O2 Arena in London. The event is topped by a domestic light heavyweight title scrap between Frank Buglioni and Ricky Summers.

The moment comes less than a month after the 24-year old Brit of Ghanian descent formally signed with renowned promotional outfit Matchroom Boxing. As calculated as he was in waiting for the right moment to turn pro—putting education first as he returned to college and secure his degree—he's now ready to feed off the nerves and emotions that come with entering fight night.

"It doesn't get bigger than your pro debut and I'm really looking forward to it, I'm ready to thrive under the pressure," Buatsi told Sky Sports in a fight week interview. "The pressure will be good for me, I'm a pro novice starting out and I want to take my time and try and do the best job possible. The nerves are there but I'm glad because I need them, it's a good thing, otherwise I'll go out and do what I shouldn't, so I will use them in a positive way."

Buatsi joins Olympic teammates Lawrence Okolie (3-0, 3KOs; will also appear on the undercard), Joe Cordina, Josh Kelly and Anthony Fowler in joining the Matchroom family, and will be managed by unbeaten heavyweight champion Anthony Joshua, the 2012 Olympic Gold medalist who will handle Buatsi under his AJ Boxing label.

“I’m delighted to be promoting Joshua,” said Eddie Hearn. “Three and a half years ago we were in the same room on the start of Anthony Joshua’s journey and I feel that we’re at the start of the road for another outstanding talent in Joshua Buatsi.