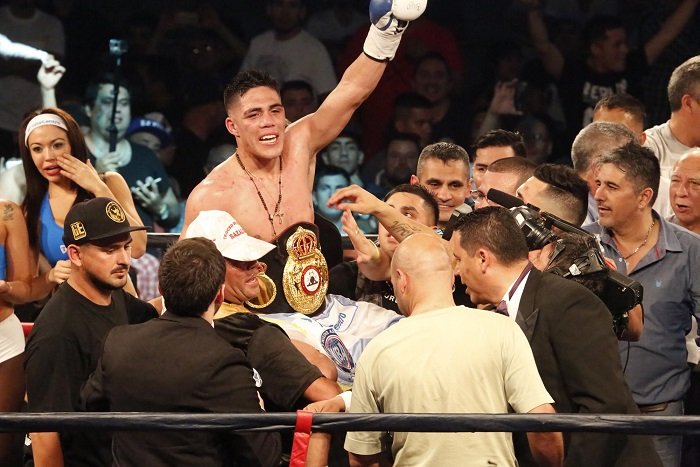 In a bout that lived up to its scouting report—and sadly flew way under the radar–Brian Castaño came up big on the road in outpointing Michel Soro over 12 rounds Saturday evening in Evian les Bains, France.

The judges were split in the end, with Soro winning 116-112 on one card only to be overruled by matching tallies of 115-113 in favor of Castaño who successfully retained his interim super welterweight title.

While not necessarily a Fight of the Year contender, the bout was a fiercely contested affair exuding a high level of skill and perseverance. Castaño did his best to force a furious pace, looking to gas the heavier punching Soro. The plan nearly backfired as the visiting Argentine built an early lead only to slow down dramatically in the middle rounds.

Soro—the wily veteran that he is—smartly capitalized on the development, taking the fight to Castaño in hopes of putting him away. That moment never came, although he managed to surge ahead on all three scorecards after eight rounds.

Castaño—whose brother Alan is also a rising super welterweight—gained his second wind and put together an impressive stretch over the final four rounds in snatching victory from the jaws of the defeat. In doing so, he not only preserves his unbeaten record (now 14-0, 10KOs) but remains first in line for a crack at the winner of a forthcoming clash between Erislandy Lara and unbeaten Demetrius Andrade, which for now is being targeted for November.

The interim title in which he defended for the first time was acquired in a 6th round knockout of Emanuel DeJesus last November in his native Argentina.

Soro snaps a 13-fight unbeaten streak in falling to 30-2-1 (20KOs). Both losses came in title fights, having dropped a 12-round decision to Zaurbek Baysangurov in May '12. In between came a string of impressive performances, including a hard-fought draw with then-unbeaten Antoine Douglas in July '14, and back-to-back notable wins over Glen Tapia and Emanuele Blandamara in a span of six weeks in the spring of 2015.

However, the 30-year old French boxer—by way of Ivory Coast—missed out on a window of opportunity as his handlers failed to secure no fewer than two opportunities to fight for a major title in 2015 and 2016. He managed three knockout wins in between that point and this bout, but nothing that properly prepared him for his best shot at cracking the upper echelon of the super welterweight division.

Instead, it's now Castaño knocking on the door—doing so in coming up aces in the biggest risk of his young career.

The bout aired live on Canal+ Sport in France and on Fox Sports Argentina.