Horn-Pacquiao And The Difference Between Robbery And Dispute 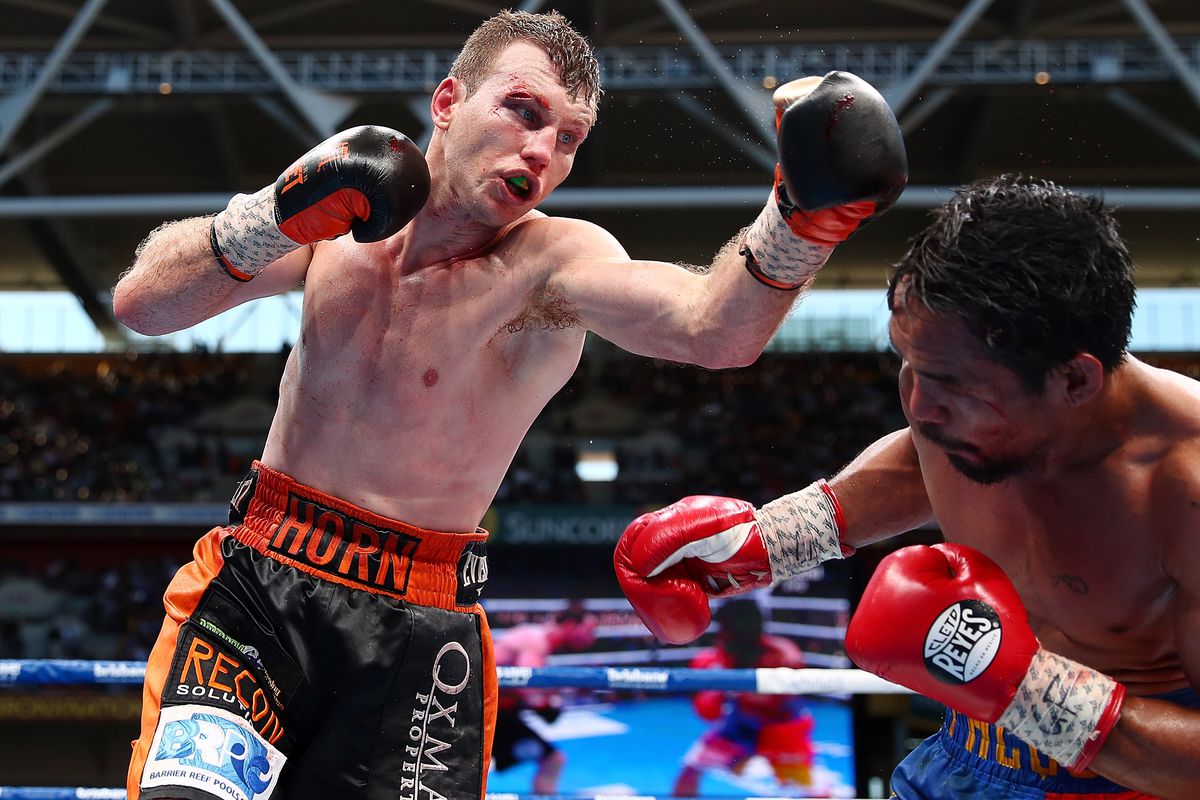 The outrage began the moment ring announcer Michael Buffer uttered the words "... and NEW", informing the sports world that unbeaten locally-bred underdog Jeff Horn pulled off a massive upset in scoring a unanimous decision over Manny Pacquiao to claim a welterweight title Saturday evening (Sunday morning locally) in Brisbane, Australia. Judge Waleska Roldan was labeled as the worst offender with her alarmingly wide score of 117-111 for Horn, while Chris Flores and Ramone Cerran turned in matching tallies of 115-113 in favor of the heroic Aussie boxer.

But what if the outrage was really over a mere dispute and difference of opinion?

Many observers—within the boxing community as well as the mainstream audience brought in with the fight being aired live on cable network giant ESPN—believed the final decision would be a mere formality. The fight was supposed to end with an aged Pacquiao looking as bad as he's ever appeared over the course of his 22-year career but still doing enough to register the first defense of his fourth tour as a welterweight titlist.

After all, a Pacquiao win wasn't just an overwhelming belief going into the fight but considered a mere formality to the point where HOW he would win was the only real debate. As the legendary Filipino southpaw had Horn in trouble in round nine, Boxing Twitter went ballistic—insisting that the 2012 Australian Olympian and welterweight hopeful was done with that next big home run blow to land.

That moment never came, but those of the belief that Pacquiao had finally turned a corner in the fight somehow surged ahead to the point of no return. It can be found in the scorecard of ESPN.com senior writer Dan Rafael, who had the now former eight-division champion winning 117-111 in the end. It's not that far off from more common scores of 116-112 and 115-113 in favor of Pacquiao (for the record, this scribe scored it 115-113 Pacquiao).

What is far off is the belief that Pacquiao swept rounds 9-12, which is how Mr. Rafael came to the conclusion that Pacquiao won nine rounds.

There is little room for dispute that Horn won round 12, while most observes also had the awkward Aussie edging round 10 as well—although, ironically, two of the three judges scored the latter frame for Pacquiao while all three had Horn winning the final round.

Round 12 was among the seven rounds in which all three judges were in agreement. Horn swept rounds 1, 4, 6, 7 and 12 on the official scorecards, while Pacquiao managed to impress all three judges in just rounds 3 and 9—the latter deemed by many observers as a potential two-point round for the part-time boxer and full-time Philippines Senator.

The five swing rounds break down as follows:

Round 2 - Roldan and Cerran scored in favor of Horn, while Flores awarded the frame to Pacquiao.

Round 5 - Roldan and Flores scored in favor of Horn, while Cerran awarded the frame to Pacquiao.

Round 8 - Roldan and Flores scored in favor of Pacquiao, while Cerran awarded the frame to Pacquiao.

Round 10 - Flores and Cerdan scored in favor of Pacquiao, while Roldan awarded the frame to Pacquiao.

Round 11 - Roldan and Flores scored in favor of Horn, while Cerran awarded the frame to Pacquaio.

Had all five rounds went in Pacquiao's favor, he winds up a 115-113 winner—yet it still differs from the path in which most had him ahead.

Therein lies the difference between dispute and robbery.

At the end of round seven, this scribe posed the question on Twitter as to whether it was possible that Horn was winning the fight to that point. The general consensus was a 4-3 fight in either direction. For those whom had Horn ahead by one point (such cards awarding the Aussie rounds 1, 4, 6 and 7), awarding him rounds 10 and 12 already gives him a draw. Among the scorecards that had Pacquiao ahead by one point through seven, he winds up winning just a two-point fight if you score those same two rounds in favor of Horn.

Combine the cards and you already have a 114-114 draw (neither of us awarded Pacquiao a 10-8 score for round 9, despite the online insistence that he dominated to the point of deserving a two-point round even absent a knockdown). Go the other way and combine all rounds scored against Horn, and you have Pacquiao winning 118-110.

There's no disputing there exists the popular opinion that Pacquiao deserved to win the fight. The reasons offered, however, soften the argument quite a bit.

The final punchstats offered by Compubox have been used as a crutch by many, emphasizing the point that Horn somehow won despite landing just 15% of his punches and nearly doubled up by Pacquiao in total punches land.

Compubox also had Pacquiao outland Horn in total punches (10 to 9) in round one. As flagged by more than a few observers, that statistic is alarmingly incorrect and only illustrates the possibility of human error considering that you're depending on what your eyes can see from your view of the fight whether ringside or watching on television (or online).

In fairness, Compubox' own mission statement points out that such data is not intended to declare a winner and loser in a fight, but merely provide statistics for a fight as collected in real time to the best of the company's ability.

In the end, what can be agreed upon by an overwhelming majority is that a fight with a number of close rounds still failed to produce a single scorecard in favor of the boxer most felt deserved to win the fight.

No matter the direction you turn, however, there appears to be a valid argument and contrary viewpoint for many moments in and aspects of the fight. It makes for a lively debate of an outcome that remains in dispute.

Unfortunately for the conspiracy theorists, it disqualifies the hardline stance that a robbery took place in the ring that evening.