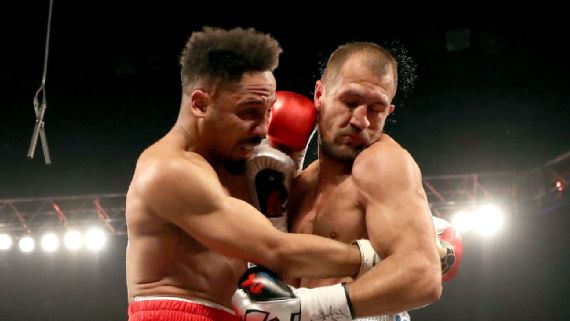 A rematch between arguably the best two boxers in the world (in a pound-for-pound sense) to a fiercely contested first fight which featured a disputed outcome should have sold itself.

It's clear that's what the team at Roc Nation Sports believed in taking the lead on the June 17 HBO Pay-Per-View sequel between Andre Ward and Sergey Kovalev before disappearing when it came time to actually promote the event.

The lack of buzz in the Mandalay Bay Events Center—and anywhere in Las Vegas or the boxing world, for that matter—that evening was properly reflected in the poor sales that came of the event. While Ward prevailed with a career-best win in scoring an 8th round stoppage of Kovalev for the repeat win, their matchup once again failed to resonate with the public. More than 4,000 tickets were given away for free or at an alarming discount, as just 6,366 tickets were sold among the announced crowd of 10,592 in generating a live gate of just $2,187,340.00, as confirmed to FightNights.com by the Nevada State Athletic Commission via email Wednesday afternoon.

The disappointing take at the gate comes on the heels of rumored PPV results coming in at around $8.5 million from 130,000 units sold. Both figures are drastically down from the first fight, which generated a $3.3 million live gate at T-Mobile Arena in Las Vegas and roughly $10.7 million in PPV revenue from a reported 165,000 units sold.

Ward was guaranteed a career-high $6.5 million for the rematch. Once the cable and satellite providers take their cut of the PPV sales, what's left over of it in addition to the live gate still doesn't even cover the purse of the unbeaten two-division world champion.

Kovalev agreed to forego a guaranteed purse, with his income coming from a percentage of ticket and PPV sales. He leaves the fight with two straight losses, though disputing the results of both contests.

Many observers believed the former unified light heavyweight titlist deserved the nod in the first fight. The second fight was met with a protest by his side of the belief that the final knockout punch was in fact a low blow that went unacknowledged by referee Tony Weeks, generally regarded as one of the game's top officials but whose work that night was met with criticism as he struggled at times to maintain control.

Next steps for the boxers aren't yet immediately known. Given the financial results of their two meets and the genuine disdain between the boxers and the promoters (Roc Nation Sports and Main Events), one has to believe that it wouldn't be in the direction of a third chapter.