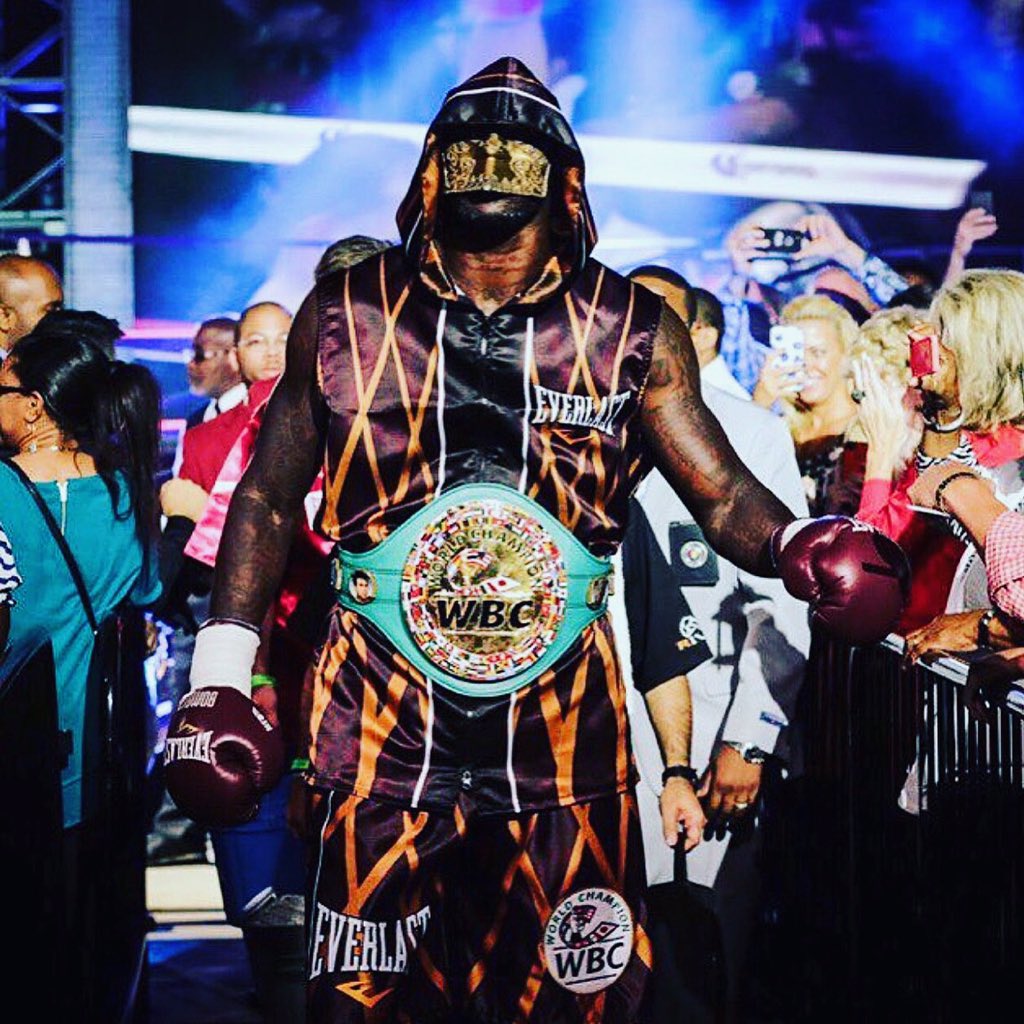 With the Brooklyn Boxing brand afforded the chance to attach itself to big time events in the area, it only makes sense for its most notable client to finally join the movement.

Unbeaten heavyweight titlist Deontay Wilder is being groomed for a ring return to take place in the early stages of the fall season, sources with knowledge of such talks have informed FightNights.com. Such news was also first revealed by Michelle "Raging Babe" Rosado during Monday's edition of "The Morning Punch-In Show With RB & Jae".

A mid-October landing would seem the more likely scenario, as there are designs on the 31-year old American boxer returning to Barclays Center in Brooklyn. DiBella Entertainment has tentative holds on the venue for October 14 and November 4, the former date making more sense to showcase the company's star client and also being the more logical choice than a September 30 date that has also been attached to recent Wilder rumors.

An opponent has yet to be confirmed and has served as a sticking point in the undefeated titlist remaining as active as he'd like. The man whom he soundly defeated to win the title, Bermane Stiverne waits in the wing as an overdue mandatory title challenger, although his team—which includes legendary but no longer relevant promoter—has made it difficult to wrap up talks one way or another. All indications suggest that King and Stiverne are not keen on taking step-aside money, posing an unattractive scenario as there exists nary a willing network to showcase an undesirable—and largely unsellable—rematch.

Whomever the opponent, Wilder will make the sixth defense of the heavyweight strapped he claimed in Jan. '15,. The win over Stiverne marks the lone time in his career that the fighting pride of Tuscaloosa, Alabama has been extended the distance in the pro ranks, having scored knockout wins in each of his five title defenses. The most recent came in a 5th round stoppage of Gerald Washington this past February in Birmingham, Alabama, roughly an hour from his hometown and where he fought in four of his past five defenses.

The lone exception came in his first-ever appearance at Barclays, when he starched Artur Szpilka with a sensational one-punch 9th round knockout in front of a rapid and largely pro-Szpilka crowd last January. There have been considerable efforts to bring Wilder back to the venue ever since, including a failed bid to secure the rights to his eventually canceled title defense versus Alexander Povetkin—one of two boxers to fail pre-fight drug tests ahead of planned title bids versus Wilder. The other such occasion came earlier this year, when Andrzej Wawrzyk was popped for Stanzonol and replaced by Washington, although a move seen by most fans as an upgrade.

Wilder's clash with Povetkin didn't come with the luxury of a replacement opponent. The discovery of the banned substance Meldonium in his opponent's system came at a point far too advanced in the promotion, not to mention the event was to be staged in Povetkin's native Russia.

Opponent-failed drug tests and injuries have become unfortunate sidebars in a career otherwise filled with historic first/lasts for Wilder:

- The first American since 2007 to own a piece of the heavyweight crown;

- The last American male boxer to have won an Olympic medal (bronze in the 2008 Beijing Olympics) for eight years, until Shakur Stevenson (silver) and Nico Hernandez (bronze) picked up hardware in the 2016 Rio Olympics;

- The first heavyweight titlist to be featured in primetime on NBC in 30 years.

Three of Wilder's five title defenses have been showcased on free-to-air networks in primetime—stopping Johann Duhaupas in 11 rounds in their Sept. '15 NBC headliner; and scoring stoppage wins over Chris Arreola (July '16) and Washington on Fox.

Knockout victories over Szpilka and Eric Molina, along with his title-winning effort over Stiverne all aired live on Showtime, which will more than likely server as the network of choice for Wilder's forthcoming title defense.