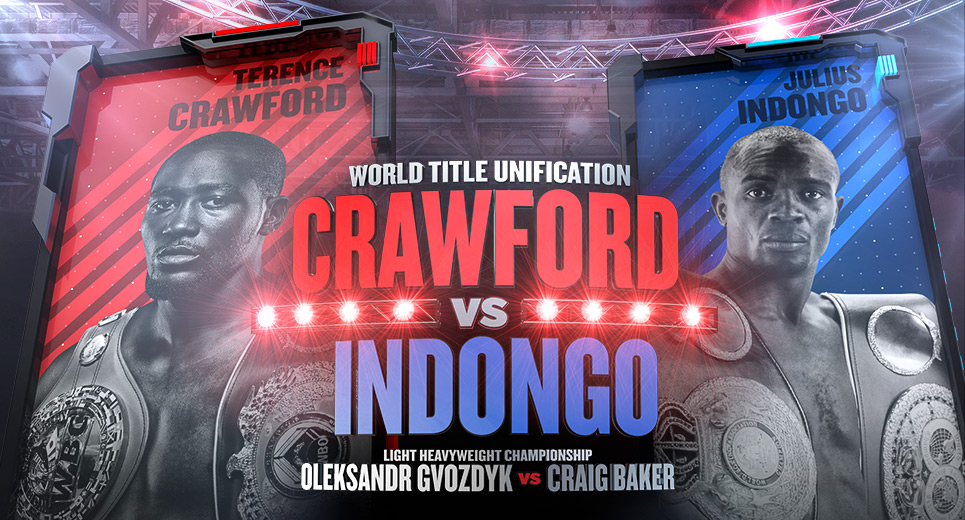 Historians will already recognize Terence Crawford as the true World champion in the 140-pound division ahead of his August 19 showdown with Julius Indongo in Lincoln, Nebraska.

The history books will recognize a four-belt champion for the first-time ever in the division, assuming a winner prevails in their four-belt clash.

For the first time ever, all four major sanctioning body titles (WBC, WBA, IBF and WBO) will be at stake in a 140-pound world title fight as the pair of unbeaten two-belt titlists collide in an ESPN-televised main event (Saturday, 10:00pm ET). Only three times before has such a scenario occurred in any other weight class—all coming at middleweight, and all involving legendary future Hall of Fame inductee Bernard Hopkins (wins over Oscar de la Hoya and Howard Eastman, loss to Jermain Taylor in their first fight).

Joining such exclusive company is enough to motivate any boxer, even those with plenty to worry about with arguably their toughest respective opponent to date looming ahead.

"It means a lot to me," Crawford (31-0, 22KOs) said of the allure of fighting for such history, during a recent VIP media conference call. "It’s going to be the first time all four belts will be on the line at the same time in this division. Speaking on history, it’s only been done three times before. I’m just excited for this moment."

Crawford established himself as the class of the super lightweight division following his 12-round whitewash of previously unbeaten Viktor Postol last July in Las Vegas. The win established the Omaha, Neb.-bred switch hitter as the true lineal champion as both were the top two rated boxers in a 140-pound division where its World crown was vacant.

Still, there remains unfinished business in the eyes of those who believe the belts truly matter. In that regard, the consensus 2014 Fighter of the Year will be making the sixth defense of at least one 140-pound title since earning his first strap at the weight following a 6th round knockout of Thomas Dulorme in April '15. Postol is the only boxer to date to last the full 12 with Crawford in a 140-pound title fight, as the 29-year old has scored stoppage wins over Dulorme, Dierry Jean, Hank Lundy, John Molina and most recently Felix Diaz this past May.

In his next opponent, Crawford finds a boxer who not only doesn't know how to lose but who's found a way to come up big in hostile territory.

Indongo (22-0, 11KOs) had never before fought outside of his native Namibia before his first world title fight, exploding on the scene with a vicious one-punch 1st round knockout of Eduard Troyanovsky last December on the road in Russia. The 34-year old southpaw followed up the feat with a title-unifying 12-round win over Ricky Burns this past April in Glasgow, Scotland—following in the footsteps of Crawford, whom outpointed the Scot on the road to win his first world title at lightweight in March '14.

This weekend's clash marks the third straight road show for the rangy Namibian, whom remains less fixated on conceding hometown advantage than on the reward that comes with such risk.

"It will create more opportunities for me," Indongo said of what such a win will do for his career. "It will build a legacy for such achievements. It’s going to be big and I will be very, very happy.

"It's not just what it will do for me. When I started for such an opportunity, it was always about building a legacy. It’s never been huge and meaningful for (personal achievements). It’s in appreciation for what these wins represent. I’m able to look at what I won - it's very meaningful."