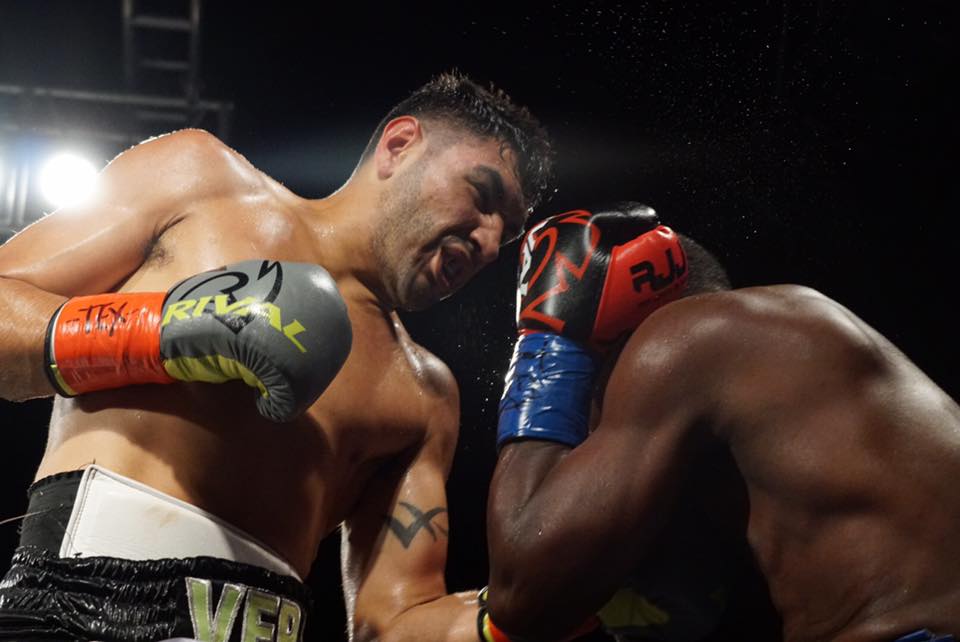 Vera, 29, of Fort Worth, Texas, fighting in front of his home fans for the first in over two years, as usual, took the first round to feel out Ajuwa, who is also a notoriously slow starter.

Once he found his rhythm, Vera (18-0, 11 KO's) had little trouble finding his opponent, who started getting hit with crisp right hands at will.

With less than a minute remaining in the second round, Vera dropped Ajuwa (13-3, 10 KO's), 26, of Nigeria, with a two-punch combination. He got back up but was knocked down again with a barrage of power punches, and saved by the bell.

In the third round, Vera ended the fight with a beautiful counter right hook to the head, dropping Ajuwa face-first to the canvas. Although he beat the count again, Ajuwa could barely stand on his two feet, and referee Robert Chapa stepped in to halt the fight.

Although Puerto Rican legend Miguel Cotto is retiring at the end of the year, Vera, who is ranked No. 5 by the WBO and No. 7 by the WBA, called him out for a fight.

“I’m half Mexican and half Puerto Rican. I would love the opportunity to face Miguel Cotto,” said Vera, who resides in nearby Fort Worth. “I knew that Ajuwa was a strong fighter, but I had to pick my shots.”

Cotto is slated to fight for the final time on December 2nd, but it appears for the time being that former middleweight world champion David Lemieux will get the fight.