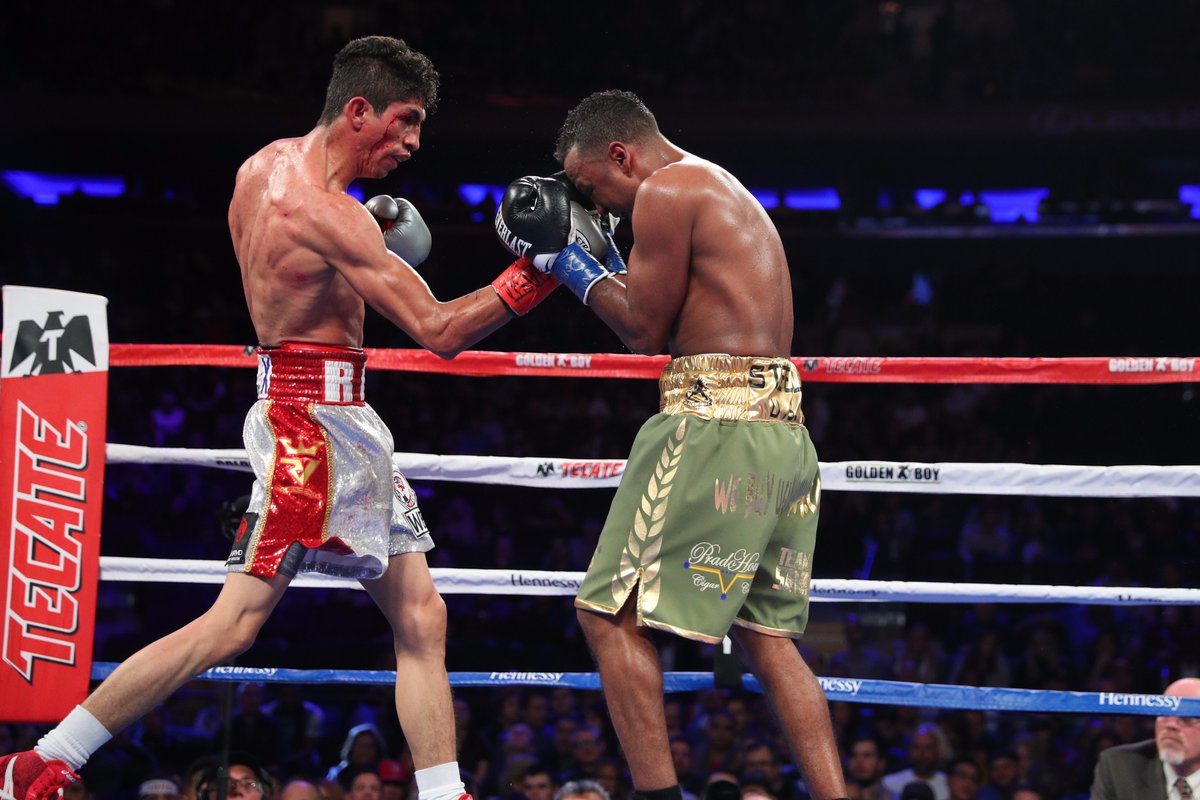 Rey Vargas' 2017 ends the same way it began—with a points win on the road.

The rail-thin super bantamweight racked up his third consecutive road win on the year, the latest coming in a 12-round decision over Colombia's Oscar Negrete to defend his super bantamweight title Saturday evening at Madison Square Garden in New York City. Scores were 119-109 (twice) and 120-108 for Vargas in the HBO-televised chief support to Miguel Cotto's farewell fight versus Sadam Ali.

Momentum shifts were few and far between in a steady—if monotonous—affair between unbeaten boxers. Vargas fought behind an aggressive body attack while the shorter Negrete did his best to impose his will on his much taller foe. The strategy failed miserably for the squat challenger, although he managed to provide the defending titlist with a scare—two, to be exact—as Vargas was forced to contend with cuts just above both eyelids.

It never proved to be a factor more so than a nuisance for the 27-year old from Otumba, Mexico, who runs his record to 31-0 (22KOs). Once lauded for his punching power, the 5'10" super bantamweight has now been extended in each of his last three starts, all in title fights. The stretch began with a belt-snatching victory in hostile territory, settling for a majority decision in a career-best boxing performance versus Gavin McDonnell on the road in Hull, England this past February.

The feat was followed with his HBO debut, also gracing a Cotto undercard as he outpointed California's Ronny Rios beneath Cotto's celebrated ring return in a win over Yoshihiro Kamegai. He was given another lofty network slot, this time in his Madison Square Garden debut although Vargas didn't leave much of an impression on the sparse but rabid pro-Cotto crowd.

As for Negrete, he suffers the first loss of his career in a fight that required his moving up in weight. The majority of his 4 1/2 year career to date has been spent at bantamweight but was granted a prime opportunity and thus took the risk in daring to be great. That moment never came, as he falls to 17-1 (7KOs) after falling well short in his first career title bid, with a drop back down in weight undoubtedly in his future.