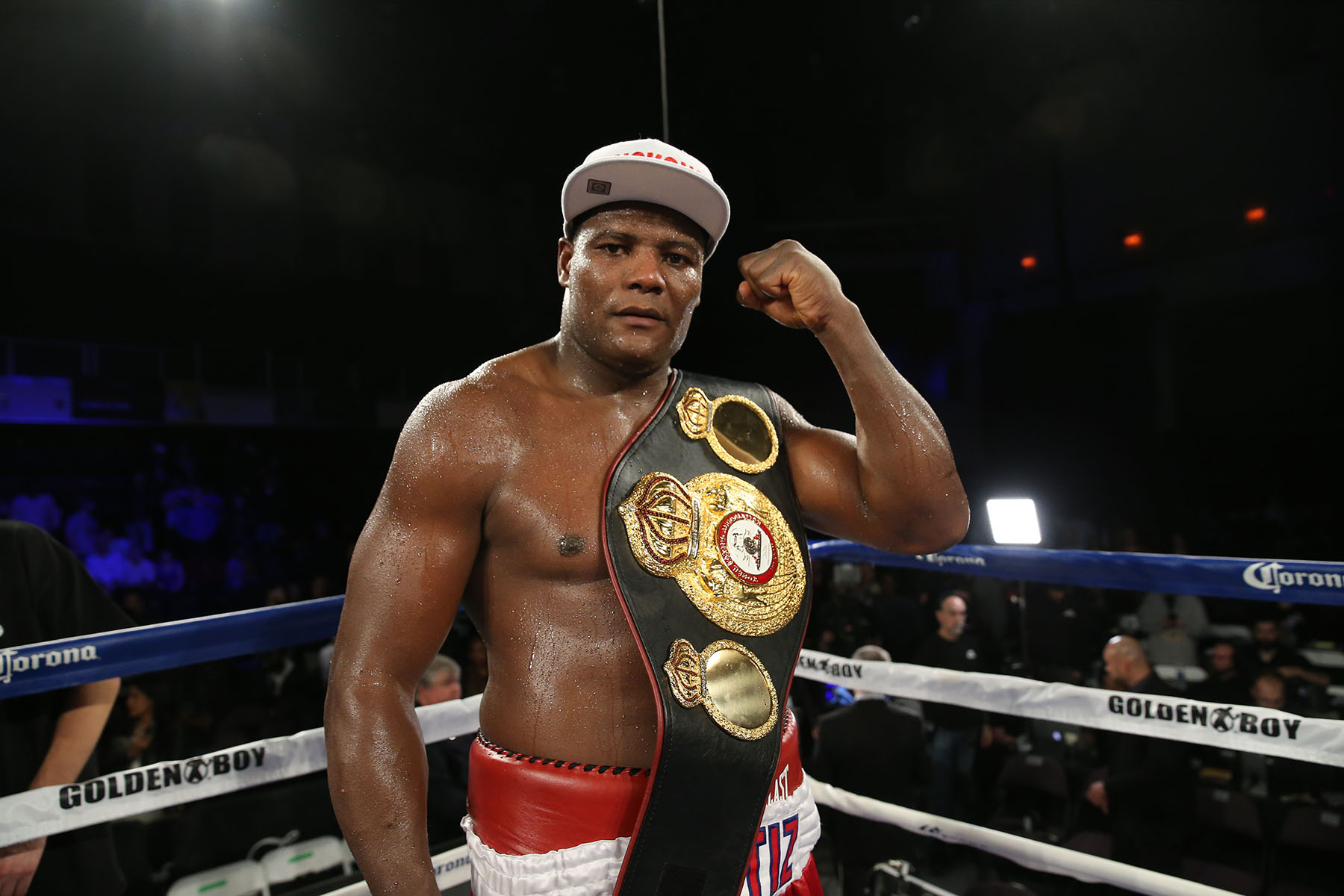 It can easily be argued that the latest is an upgrade, as unbeaten heavyweight contender Luis Ortiz has been added to the show. With the inclusion of the 38-year old southpaw from Miami by way of Cuba, the originally slated three-fight telecast now becomes a quadrupleheader.

Ortiz’ clash versus West Virginia journeyman Daniel Martz (16-5-1, 13KOs)—which replaces a recently discarded light heavyweight tangle between former champ Chad Dawson and Edwin Rodriguez—is also scheduled for 10 rounds. As far as the local heavyweight is concerned, though, what the night really represents is the first fight of the rest of his career.

"I'm just thankful to be back in the sport I love so much,” notes Ortiz (27-0, 23KOs), who fights for the first time since a drug testing scandal which killed his chances of facing undefeated titlist Deontay Wilder in November. “I can't wait to get some action and feel that ring and those gloves tight on my wrist.”

The bout comes 52 weeks following Ortiz’ last ring appearance, a 7th round knockout of David Allen last December in England. Two separately scheduled bouts in 2017 were scrapped for different reasons. A planned rust-shaking tune-up in April was canceled after Ortiz suffered an untimely injury, but efforts to secure a title fight versus Wilder fell apart over reasons for which he still receives a swarm of negative press.

With random drug testing in place for the previously scheduled November 4 clash in Brooklyn, Ortiz was popped for chlorothiazide and hydrochlorothiazide in late September. He and his team attributed the anomaly to prescribed high blood pressure medication he was taking but failed to disclose to Voluntary Anti-Doping Agency upon submission of his pre-testing questionnaire.

Wilder went to rematch Bermane Stiverne, whom he decisioned in January ’15 to win his title and then emphatically knocked out in one round this past November. All that Ortiz could do was sit and watch from ringside, wondering how things would’ve played out with better clerical practices on his end.

The boxing public remains unforgiving since it was his second failed drug test in just over three years. He came up dirty following a 1st round knockout-turned-No-Contest versus Lateef Kayode in their Sept. ’14 clash, which resulted in a nine-month suspension and a hefty fine.

For this go-round, he was handed a suspension by the World Boxing Association (WBA)—for whom he was the mandatory challenger to Anthony Joshua’s title—but it doesn’t carry over to any state commission or other sanctioning bodies. He was recently fined by the World Boxing Council (WBC)—whom recognizes Wilder as its heavyweight champ—but free and clear to return to the ring, leading to this weekend’s assignment in his adopted home region.

"I'd like to thank everyone, especially my loyal fans, who stood by me and supported me through this rough time,” Ortiz stated following the WBC’s ruling. “I don't think it would have been possible without you guys. I'd like to thank the WBC and Mr. Sulaiman for being humane enough to take time for their investigation, and my entire team who never lost faith in me.''

Martz—who turned pro in Jan. ’12—comes in riding a no-frills win following a 2nd round knockout loss to Bryant Jennings in August. The majority of his career has taken place in the Rust Belt pocket of the United States, not boasting such great results when straying from home and stepping up in competition.

Still, this bout serves as means to an end as far as Ortiz and his team are concerned.

“We are elated to be in the ring again, regardless of the opponent,” Herman Caicedo, Ortiz’ head trainer told FightNights.com. “We are focusing on an impressive return and making an impression to force a (rescheduled) showdown with Wilder.

“No other big fight makes sense for us. Anthony Joshua is a pu**y, hiding behind the WBA belt and under (promoter) Eddie Hearn’s skirt. Friday, December 8 kicks off what will be a huge 2018, where we will do everything we can to make a Deontay Wilder fight happen.”