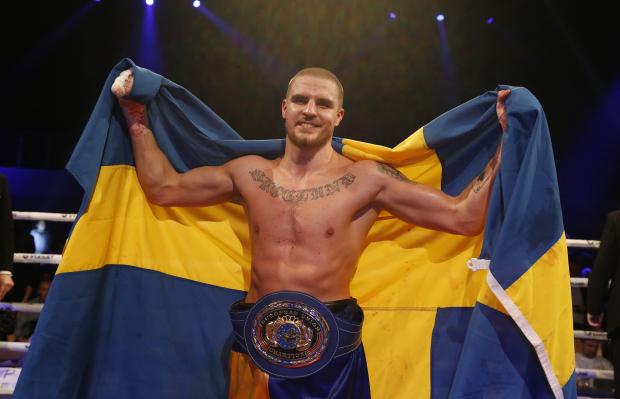 A planned showdown with Rocky Fielding is no longer in the cards, but the biggest fight of Erik Skoglund's life still awaits.

The 26-year old Swedish super middleweight was taken to a hospital on Friday, where he was placed in a medically induced coma to undergo emergency surgery to repair a brain bleed.

The injury was detected during a training session in his Nyköping hometown ahead of his now cancelled December 17 headliner versus Fielding, though initially reported as feeling ill. The severity of his pain became clear once on the examining table, with doctors racing to save his life.

A statement released through the press office of his promoter Sauerland Event confirmed that the contender "was placed in a medically induced coma and underwent surgery last night to repair a bleed on the brain. Doctors are pleased with the results and Erik remains in a serious yet stable condition.

"The next 3-4 days are critical for his recovery. During this time, we ask that everyone respect the privacy of Erik and his family. We will communicate further information when it becomes available."

Skoglund was due to return to the ring following his spirited effort in a points loss to Callum Smith during the quarterfinal round of the World Boxing Super Series super middleweight tournament this past September in Liverpool, England. The bout marked the lone loss of his career, following respectable wins over the likes of Ryno Liebenberg, Lolenga Mock and—most notably—a decision victory over former World light heavyweight champion Glen Johnson.

His ring record stands at 26-1 (12KOs), although he has already scored the most important victory of his life with Friday's successful surgery.