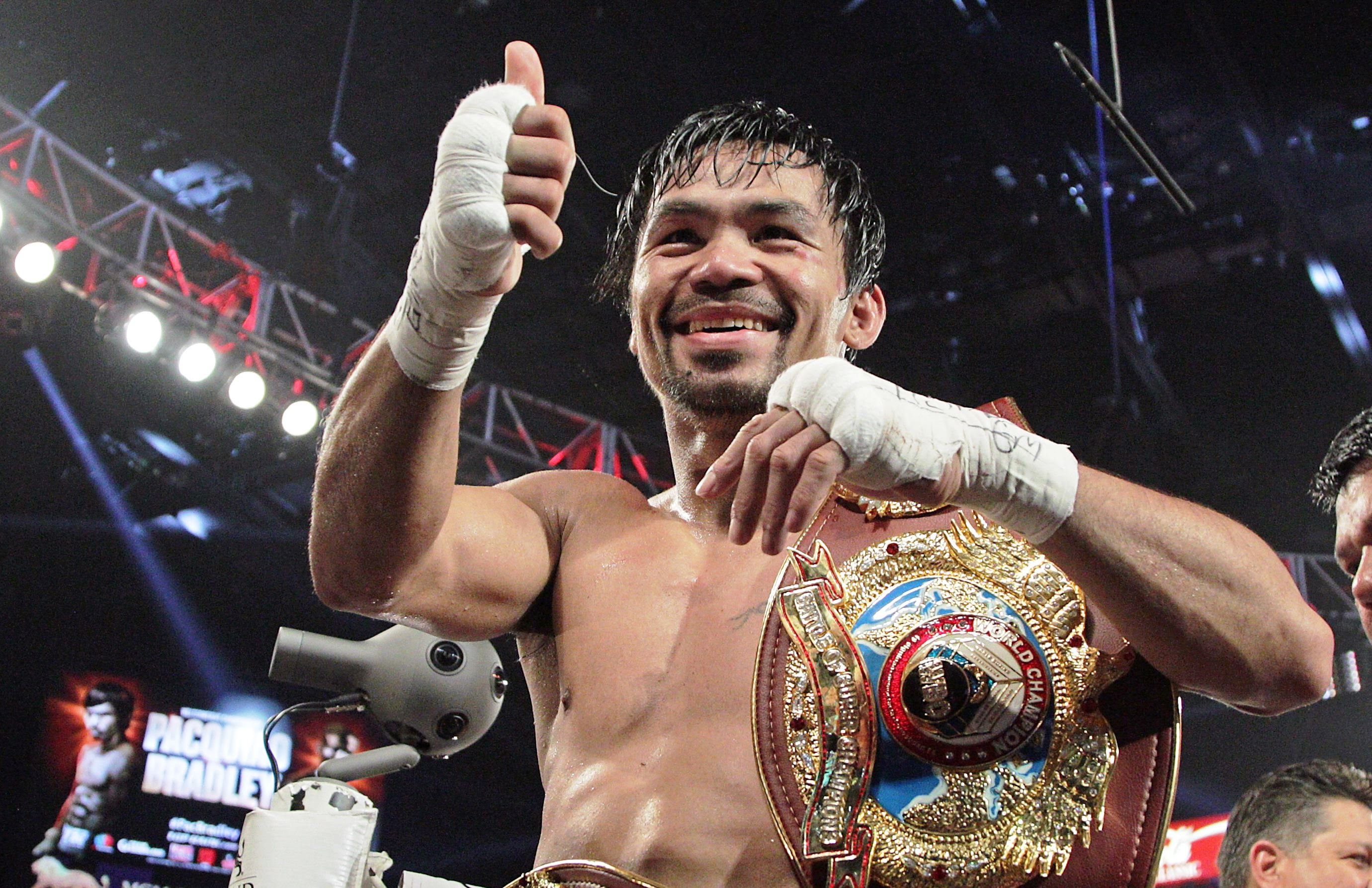 Manny Pacquiao is not going to face Conor McGregor.

As FightNights.com previously reported, Pacquiao will return to the ring in April in China against an unnamed opponent.

But it won't be the UFC lightweight champion.

Pacquiao (59-7-2, 38 KO's), 38, boxing's only eight-division titleholder, was also questioned by ABS-CBN Sports Wednesday if he would face the provocative Irish superstar.

"Wala pa kay McGregor," was his response, which translates to "It won't be McGregor."

Pacquiao last fought in July when he lost his welterweight world title a highly controversial unanimous decision to Jeff Horn in Brisbane, Australia.

A rematch was initially slated for Nov. 12 at Suncorp Stadium, but Pacquiao was forced to withdraw as a result of his senatorial duties.

Instead, Horn will defend his world title against the little known Gary Corcoran on Dec. 13 and could take on one of the top pound-for-pound boxers in the sport, Terence Crawford, in March.

Crawford (32-0, 23 KO's), 30, has won world titles in two different weight classes and is moving up to 147-pounds. In August, he knocked out Julius Indongo with a lethal left-hand to the body in the third round, becoming just the third fighter of the four-belt era to unify all of the titles.

Crawford has for years tried to get a fight with Pacquiao but has been unsuccessful. Negotiations for Pacquiao's upcoming opponent are ongoing.

Will April be Pacquiao's last stand or will he fight the last man standing in the WBO for one final title shot?