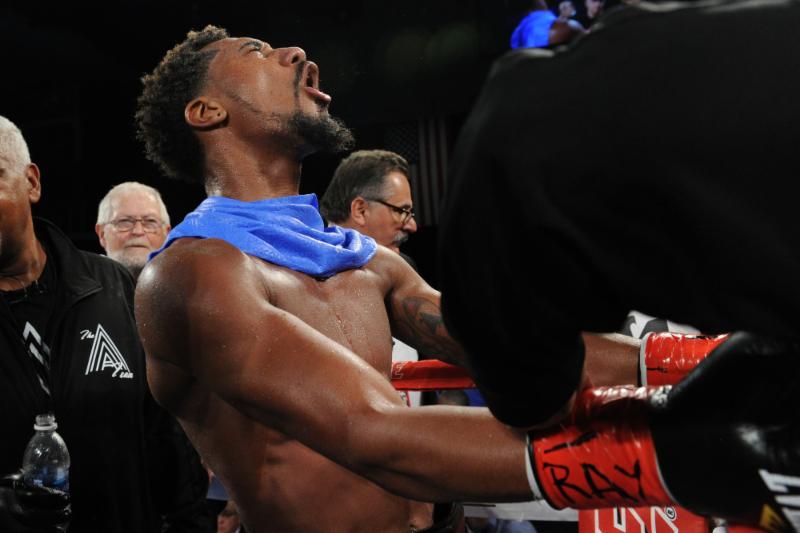 Andrade (25-0, 16KOs)—a two-time super welterweight titlist—began his full-time commitment to the middleweight division this past October on HBO, scoring a 12-round shutout of previously unbeaten Alantez Fox. The move came seven months after reclaiming a piece of the 154-pound title, when he outpointed Jack Culcay on the road in Germany this past March.

The win over Fox marked the first time since 2013 that the 2008 U.S. Olympian was able to get in at least two fights in one calendar year. Already a stylistic nightmare for most in and around the middleweight division, the hope is that a career already slowed by promotional issues can hit the ground running once 2018 begins.

Step one is taking in a night at the fights in Canada, and undoubtedly calling out the evening's winner.

"I am looking forward to seeing a good fight—a boxer in Saunders against a banger in Lemieux," Andrade said in a press statement. "I am excited to be ringside for the fight, and may the best man win.

"The winner of the fight is a world champion, and I just want to fight the best fighters in the middleweight division."

The move is a smart one from the perspective of wanting to remain far more active than has been the case in recent years. The division's top two players, lineal champ Saul 'Canelo' Alvarez and unbeaten, unified titlist Gennady 'GGG' Golovkin are on course for a May 5 rematch to their controversial draw this past September. By planting a seed to pursue the winner of Saunders-Lemieux, there now exists the possibility of an active middleweight title picture for the first half of 2018.