FightNights.com 2017 Network Of The Year: Showtime 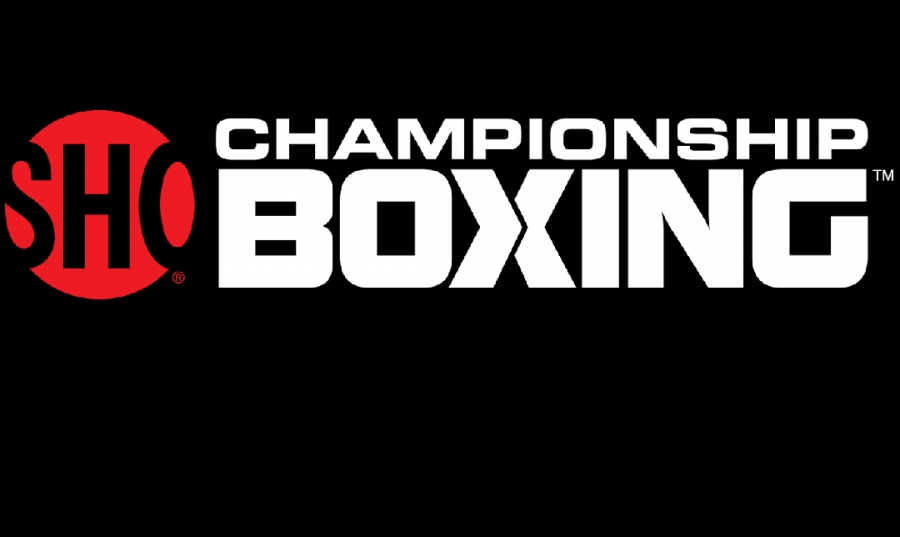 It was a moment four years in the making for Showtime, and it came within the first month of one of its best years ever. For the first time since 2013, the premium cable network scored a higher telecast viewership average than HBO in dueling telecasts, with the rematch between Leo Santa Cruz and Carl Frampton—supported by Mikey Garcia's lightweight title-winning knockout of Dejan Zlaticanin—outperforming a 130-pound doubleheader on HBO topped by Miguel Berchelt's upset title-lifting stoppage win over Francisco Vargas.

What more viewers chose to watch that evening was in direct relation to which network boasted the superior content. The latter part of that statement rang true for Showtime throughout 2017, with its extraordinary efforts in striving to become the go-to place for televised boxing in the United States honored by FightNights.com as the 2017 Boxing Network of the Year.

The aforementioned doubleheader was hardly the biggest moment of the year for Showtime; in fact, the network hit the ground running two weeks prior in producing the year's first true Fight of the Year contender in a disputed draw between Badou Jack and James DeGale in their efforts to unify two super middleweight titles.

Such 50/50 matchups (on paper) at the sport's highest level became a staple of Showtime Championship Boxing in 2017. A bump in network budget was invested wisely throughout a year that saw no fewer than three Fight of the Year contenders (Jack-DeGale, Anthony Joshua vs. Wladimir Klitschko, David Benavidez), two Fighter of the Year finalists (Garcia and Joshua), highlight reel knockouts and an event that was not only far and away the best-selling Pay-Per-View of 2017, but the second highest grossing event in boxing history.

The gap between Showtime and longtime industry leader HBO was once again considerably narrowed in terms of where fans tune in for its boxing content. While HBO featured 17 of the 20 most watched premium cable bouts of 2017, Showtime landed three in the top eight.

Included among the lot was the summer surprise pairing between Garcia and Adrien Broner, with Garcia taking a landslide decision to solidify his claim as among the very best boxers in the world. The bout was a perfect storm of drawing power for Showtime, averaging 881,000 viewers, its highest rated telecast since Deontay Wilder's heavyweight title winning effort over Bermane Stiverne in their first clash in Jan. '15.

Wilder knocked out Stiverne in one round in their rematch which averaged 824.000 viewers, The bout served as the season finale for Showtime Championship Boxing, as well as Wilder's first bout back on the network in nearly two years, with a pair of Fox-televised bouts mixed in between. Not to be outdone, Showtime's sister—and free-to-air—network CBS returned with Keith Thurman's 12-round win over Danny Garcia this past March, averaging more than 3 million viewers in barely trailing the network's return to boxing in primetime one year prior when Thurman edged Shawn Porter in the most watched bout of 2016.

Showtime fought hard to bring back the level of boxing that Premier Boxing Champions (PBC) had shifted around an array of free networks and basic/regional cable outlets since its inception in 2015. With PBC at one point attached to nine different networks, Showtime initially found itself lost in the mix and still reeling from a decline in 2014 following a red-hot 2013 season. Efforts to rebuild in 2016 proved futile in terms of drawing power, but that changed in a big way in 2017.

The change was so significant that Showtime carried enough leverage to earn live viewing rights for the April heavyweight thriller between Joshua and Klitschko, with both boxers hitting the deck before Joshua rallied to score an 11th round knockout in their Fight of the Year contender. The bout averaged a healthy 659,000 viewers for the late Saturday afternoon telecast (airing live from London), with the same-day replay coming later in the evening on HBO. Although the replay averaged more viewers, it was considered a major win for Showtime to earn the right to air the bout live.

wins were to be found throughout a year that crowned several new champions and rising stars, including Errol Spence winning a welterweight title. The 2012 U.S. Olympian traveled to jolly old England to accomplish the feat, battering Kell Brook into submission in his first network headliner. His teammate and two-time Olympic Gold medalist Claressa Shields gained major exposure on the network's ShoBox series, winning her first major title and serving as the face of women's boxing, a genre which Showtime has gotten all the way behind.

Whether any boxing fans wants to admit it or not, there was no bigger event in the past year than Floyd Mayweather's one-and-done retirement breach. The highest-grossing athlete in boxing history returned to the ring in August, toying with UFC superstar and pro boxing debuting Conor McGregor en route to a 10th round stoppage to end his career at a perfect 50-0 in the ring. The event earned the distinction of landing the second-largest live gate and second most PPV sales ever, trailing only Mayweather's dominant points win over longtime pound-for-pound rival Manny Pacquiao in 2015.

Showtime has already hit the ground running, with three big shows already announced for the first two months of 2018—including rising stars Spence and Garcia atop separate telecasts—and with several more shows being planned for the first quarter of the year.

By the time its first quarter schedule is finalized, Showtime network brass can find additional satisfaction in landing top honors in the eyes of the staff at FightNights.com.

HBO—As its boxing budget continues to shrink, the network continues to strive to reinvent the wheel. While losing an additional amount of star power with Bob Arum's Top Rank defecting to ESPN—taking pound-for-pound stars Terence Crawford and Vasily Lomachenko along for the ride—HBO still enjoys a sizable lead in viewership average, even its with its own numbers down for the year. Still, 17 of the 20 most watched premium cable bouts aired live or same-day on HBO, along with a slew of new faces (Billy Joe Saunders, Daniel Jacobs, Miguel Berchelt. Naoya Inoue, Srisaket Sor Rungvisai, among others) making their network debut and building a foundation to develop their star power. The lower weight classes have been showcased regularly, including the largely successful "Superfly" telecast in September featuring a trio of super flyweight bouts topped by Srisaket Sor Rungvisai's shockingly one-sided knockout win over Roman Gonzalez in their anticipated rematch. The show was so successful that Superfly 2 has already been finalized and announced for next February. Criticism came of too many PPV telecasts while Showtime—save for Mayweather-McGregor—saved its best for its subscribers, but it twice cracked the one-million buy barrier and finally produced the long-awaited clash between Saul 'Canelo' Alvarez and Gennady Golovkin—even if the middleweight championship scrap ended in a draw.

ESPN—The matchups need to get a lot stronger, but the world wide leader in sports has embarked on a newfound love affair with the sport. Its venture with PBC started out strong in 2015, but quickly grew stale and devolved into a prospect-based series in 2016 before parting ways with series founder Al Haymon. Rather than throw in the towel altogether, ESPN reloaded and joined forces with Top Rank, beginning with former eight-division world champion Manny Pacquiao in a shocking—and highly questionable—points loss to Jeff Horn this past July in what landed as the most watched bout of 2017. Lomachenko scored two major wins on the network following an HBO-televised stoppage of Jason Sosa, earning one-sided TKO victories over Miguel Marriaga and Guillermo Rigondeaux, the latter landing as the second-most watched cable bout of the year. Also among the network's highlights on the year was Terence Crawford becoming just the fourth boxer in history (joining Bernard Hopkins, Jermain Taylor and Cecilia Braekhus) to simultaneously hold all four major belts in the same weight class following a body-shot knockout of Juilus Indongo in their four-belt unification clash in August.

Sky Sports—Showtime and HBO brass broke their arms patting themselves on the back in hammering out a deal to present Joshua-Klitschko, but it doesn't happen without Sky Sports' Pay-Per-View arm carrying the live primetime feed from London. The event was undoubtedly the network's biggest of a year that saw a steady stream of content while continuing to serve as the go-to source for big time boxing in the thriving United Kingdom market.

Audience TV—The DirecTV-based network was brief in its foray into boxing, but gets a mention out of sheer gratitude for picking up U.S. rights to the highly anticipated World Boxing Super Series tournament when no other stateside outlet would come to terms with the series' handlers.