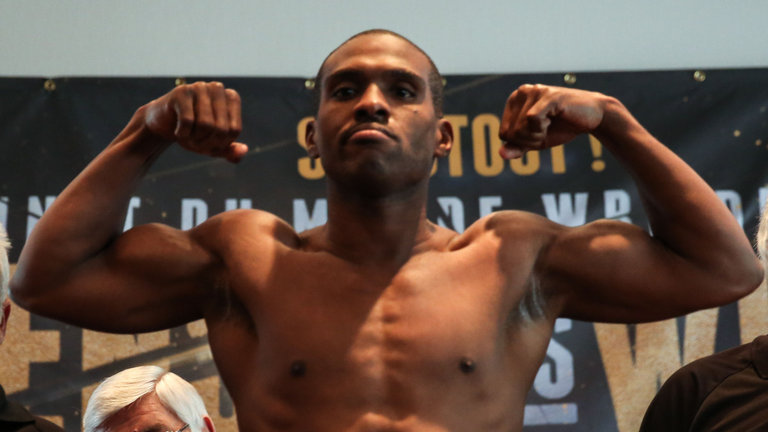 From his second consecutive knockout loss to the senseless manner in which his stepfather was killed, there was little about 2017 that Thomas 'Top Dog' Williams Jr. would like to remember. So it's only fitting that he enters 2018 leaving behind a considerable amount of baggage—along with a few pounds in natural weight.

The second-generation boxer—a career-long light heavyweight—enters the new year at a new weight as Williams Jr. will make a run in the super middleweight division. His first swing at 168 comes versus Humberto "Tito" Velasco, with the recently announced bout gracing the undercard of the February 17 Premier Boxing Champions (PBC) on Fox telecast live from Don Haskins Center in El Paso, Texas.

Headlining the event is a welterweight crossroads battle between former titlists Devon Alexander and Victor Ortiz.

Williams Jr. (20-3, 14KOs) still remains in pursuit of realizing his lifelong goal of strapping a world title around his waist. The 30-year old from the D.C. suburban town of Ft. Washington, Maryland came up short in his lone attempt at alphabet glory, suffering a 4th round stoppage at the hands of World light heavyweight king Adonis Stevenson in July '16. The setback wasn't quite as damaging as his lone fight of 2017, a 6th round knockout loss at the hands of unbeaten Marcus Browne last February in Cincinnati.

"I'm just glad to be back in the ring," Williams Jr. told FightNights.com of his ring return, which will come exactly 52 weeks after the aforementioned loss to Browne. "My last two outings didn't go as planned but I have taken time off for me and my family and it's given me some motivation to be back at the top."

The latter defeat was a bitter pill to swallow, as he was clocked behind his head while down on a knee in the 2nd round of their Showtime-televised clash. Browne was deducted a point from the scorecards, but hardly a fitting punishment for the damage he caused en route to stopping and ultimately hospitalizing Williams.

A broken jaw and concussion suffered only paled in comparison to the most vicious blow landed on the year, when his stepfather Robert Peterson Jr. was senselessly killed by an oncoming vehicle on the wrong side of the road last July. it was enough to prompt Williams Jr.to use the rest of 2017 to gather his thoughts and envision what he still wanted out of the fight game.

While the light heavyweight division is thriving these days and he believes he could still compete, instead came the decision to shed seven pounds of body weight in another weight class garnering major headlines.

"Even coming off two losses, I'm still considered a top light heavyweight," notes Williams Jr., whose birth father Thomas Williams was a heavyweight in the 1990s. "But that being said, I've decided to move down to the super middleweight division. I believe the weight better fits my frame and I will be more dominant at that weight. I was weighing about 180 on fight night, facing guys who were pushing 200 (pounds) easy."

His first test comes versus Velasco (18-1-1, 12KOs), a rising prospect from Mexico who is currently riding a 10-fight unbeaten streak. The bout will be his first in the U.S., and first versus a world-class contender in Williams.

"I don't like using the word, but for all that's gone on with me in and out of the ring, comeback is a proper description of what's about to take place," promises Williams. "It begins February 17. All my fans—even those who aren't fans—will see a transformed Top Dog in the ring. I believe you guys will love what you see as we take over the super middleweight division."