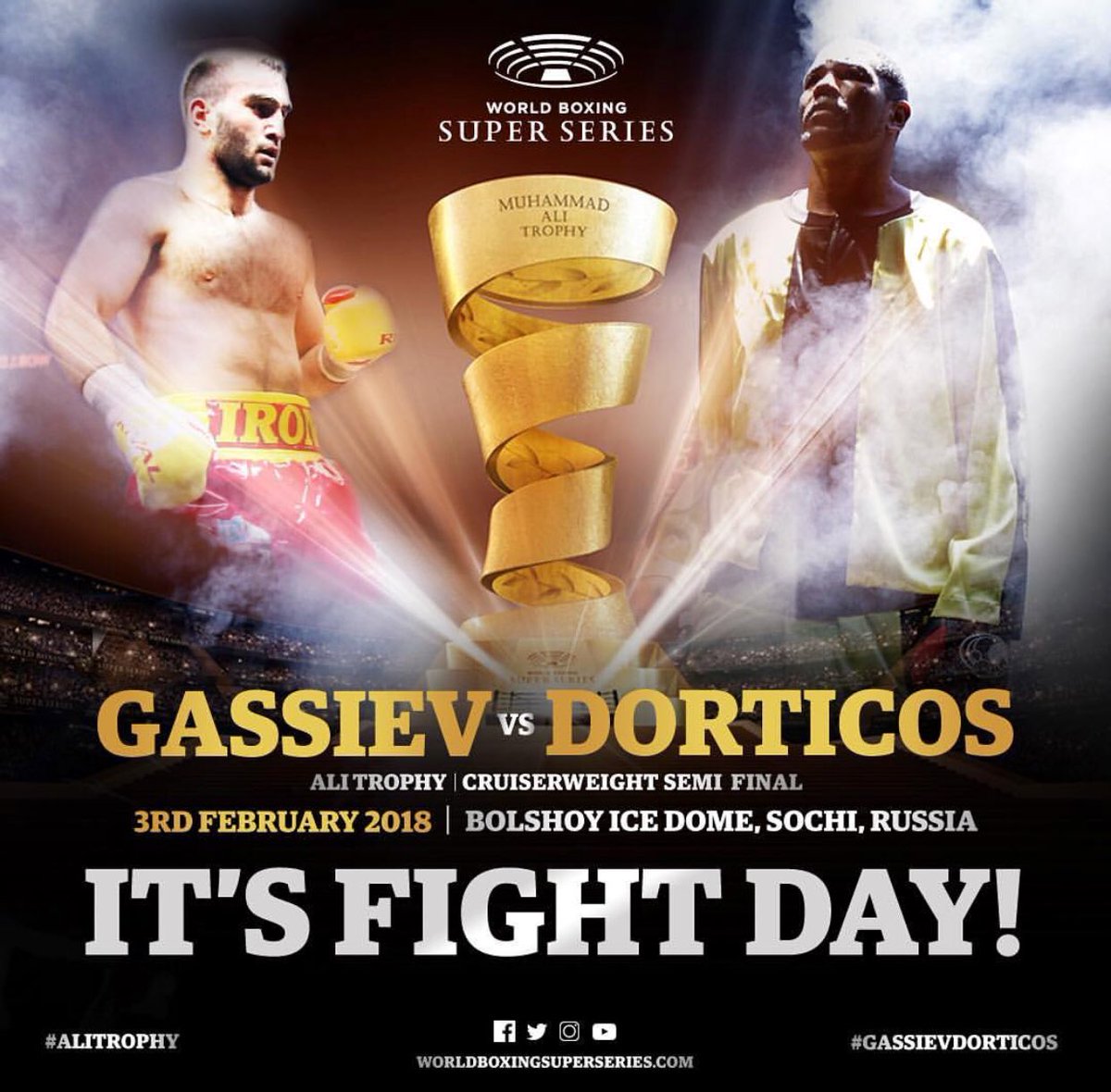 The road to Jeddah travels through Sochi, Russia.

That is where Murat Gassiev and Yunier Dorticos will meet in the remaining leg of the World Boxing Super Series cruiserweight tournament. The two will collide Saturday evening in front of a sold out crowd of 14,000 at Bolshoy Ice Dome.

Gassiev (25-0, 18KOs) is no stranger to the venue, having claimed his first major title at this location with a spirited 12-round win over Denis Lebedev last December. The 24-year old Russian—who trains out of Abel Sanchez' famed Summit Gym in Big Bear, California—is widely regarded along with WBSS finalist Oleksandr Usyk among the best cruiserweights in the world, continuing to impress in the pro ranks where he learns as he earns following a brief amateur career.

In reaching this point, Gassiev came up aces with a 3rd round knockout of former champ Krzysztof Wlodarczyk last October in Newark, New Jersey. The bout was just one of two in WBSS competition to take place in the United States.

The other came in Dorticos' advancement to the WBSS semifinals, when the Miami-based Cuban destroyed Russia's Dmitry Kudryashov in just two rounds last September in San Antonio, Texas.

It was his first win—and fight—in 16 months, as Dorticos (22-0, 21KOs) was forced into inactivity while awaiting an oft-postponed clash with Beibut Shumenov to materialize. It never came about, as Shumenov suffered multiple injuries before opting to retire altogether in lieu of consolidating their WBA titles.

All told. Dorticos now makes the second defense of the title he claimed in a thrilling May '16 10th round knockout of Youri Kalenga on the road in France.

The winner of Saturday's contest moves on to the WBSS finals in May, facing Usyk who prevailed in a 12-round decision over Mairis Briedis in their thriller last weekend in Riga, Latvia.

Read on to see how the staff at FightNights.com believes the cruiserweight action plays out:

Jake Donovan (Dorticos KO7): The winner of this fight is my official prediction to win the Cruiserweight portion of the World Boxing Super Series, regardless of who prevails. It could also prove a Fight of the Year candidate, as neither boxer is particularly difficult to find. Dorticos has shown the ability to absorb, which I believe will allow him to walk through Gassiev's best and eventually land a game-changing shot, ending the fight soon thereafter.

Gabriel Gonzalez (Dorticos KO): The first one to land a bomb wins. I believe Yunier Dorticos will get to Gassiev first.

Ryan O'Hara (Gassiev KO8): I have a feeling this is going to be one of those fights where the first guy that makes a glaring error is going to pay in a big way. I don't see this going the distance. I'll go out on a limb and take Gassiev.