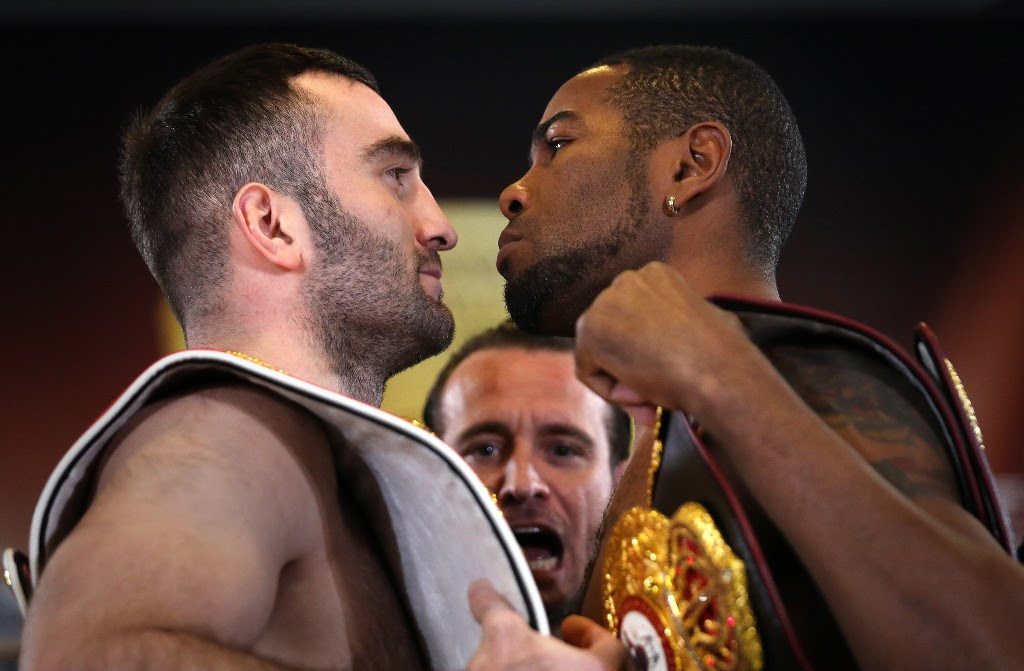 For the second straight weekend, a matchup between unbeaten cruiserweight titlists proved to be as good as advertised.

This time around, fight fans were treated to a thrilling knockout ending as Murat Gassiev wore down Yunier Dorticos to score a 12th round stoppage Saturday evening at Bolshoy Ice Dome just outside of Sochi, Russia.

Three knockdowns in the closing stages of the bout prompted referee Eddie Claudio to wave off the contest at 2:52 of round 12.

Prior to the stoppage, the brutal battle proved to be a fantastic war of attrition, a fighting style that ultimately favored Gassiev. Early proceedings saw Dorticos—fighting on the road for the second time in three title fights—charging forward, throwing every power punch with knockout intentions. It fared well on the scorecards, as he swept three of the first four rounds in the eyes of all three judges largely on the strength of a telephone pole-like right hand from long range as Gassiev spent the first few rounds fighting in reverse while searching for perfect counterpunching opportunities.

It dug an early hole for the crowd favorite, but the risky gameplan reaped major dividends.

Gassiev gave his local fans plenty of reason to cheer in round five, stunning Dorticos for the first time in the fight courtesy of a right hand. The foundation was laid on the strength of a steady body attack that slowed his opponent's own offense down nearly to a crawl. As the bout moved toward the second half, victory was still up for grabs but momentum was with Gassiev, who was making the second defense of the title he won in this very arena just 14 months prior.

Dorticos—also making his second title defense following a rousing 2nd round knockout of Russia's Dmitry Kudryashov last September in San Antonio, Texas—did his best to handle the incoming while preserving his strength for the later rounds. It was a similar strategy to what earned him a portion of the cruiserweight crown in May '16, when he overcame a rough middle-rounds patch to eventually stop Youri Kalenga in 10 rounds on the road in France.

This time, however, his opponent was equipped for the long haul and the far fresher of the two down the stretch.

"He's a very strong fighter, he just got the best of me," a tearful Dorticos (22-1, 21KOs) would admit at the post-fight presser.

Gassiev (26-0, 19KOs) dialed up the pressure in round nine, and never slowed down. Less than 14 months after edging countryman Denis Lebedev to win the title, the 24-year old—who knocked out former champ Krzysztof Wlodarczyk in three rounds last October to advance to the semifinals—was prepared to once again go the distance but never stopped fighting for the knockout. Dorticos absorbed an inhuman amount of punishment but was finally broken late in round 11 when consecutive power shots had him clinching for dear life.

By the time the bell sounded to begin the 12th and final round, Gassiev was ahead 106-103 (twice) and 105-104 on the three judges' scorecards. He could've boxed his way to the finish line, but instead decided to close the show for the sake of entertaining his fans.

"Yunier Dorticos has very heavy hands," Gassiev said after the fight. "(Cruiserweights are) like the heavyweight division. One punch can change everything. You never know who will come out ahead."

It was with that very mentality that prompted Gassiev to go for the kill.

After 11 rounds of landing bomb after bomb on a presumably unbreakable Dorticos, the right punches finally got through. A left hook put the Miami-based Cuban slugger down for the first knockdown of the night—and of the cruiserweight semifinals, as Oleksandr Usyk and Mairis Briedis somehow remained upright throughout their 12-round thriller one week prior in Riga, Latvia. Dorticos beat the count, and once again after being floored again just moments later.

The third time proved to be a charm. Gassiev connected with a right hand that froze Dorticos, with a follow up glancing blow—intended as a knockout of a right—enough to finish off the valiant Cuban, who will be 32 in March. The onslaught coupled with exhaustion was enough to send him through the ropes, his limp body nearly hanging out of the ring as the referee ended the fight without issuing another count.

Despite the savagery of their 12-round affair, both combatants couldn't have been more cordial during the post-fight interview. Gassiev even rose out of his chair to console Dorticos, who broke down in tears in trying to explain how he let down his friends and family back home in Miami and his native Cuba.

Both camps and all observers locked in to the show couldn't disagree more with that assessment.

"What happened today—this is a professional sport. I hope (Dorticos) is OK and that he comes back to have a sensational career," an appreciative Gassiev said of his valiant opponent.

With the win, Gassiev now takes a quantum leap towards boxing history. His May 11 World Boxing Super Series cruiserweight finals with Oleksandr Usyk—who edged Briedis in their semifinal thriller and was seated ringside—in Jeddah, Saudi Arabia will now only crown a tournament winner, but also declare a World (lineal) cruiserweight champion with the last man standing to become the first boxer in history to simultaneously own all four major sanctioning body titles (IBF, WBA, WBC, WBO).

"I think this will be another great fight for Russia, for Ukraine and for all fight fans around the world," Gassiev believes.

If it's anything like the pair of semifinals bouts to lead to the tournament championship, that statement could not ring any truer.

The bout was televised around the world, except for the United States where fans were treated to a high-quality webcast both on the World Boxing Super Series Facebook page and YouTube channel.