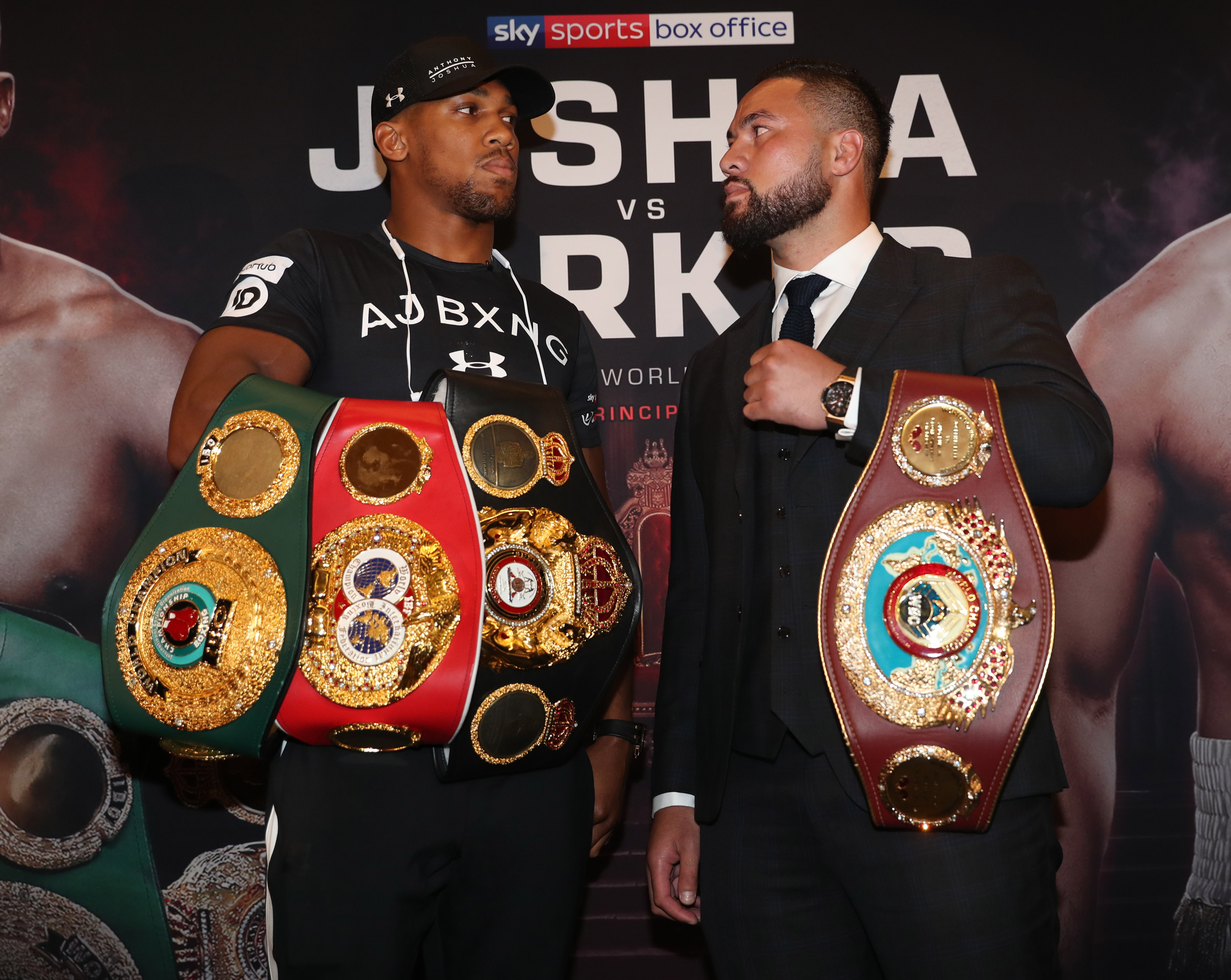 For decades, CBS has been synonymous with NCAA Final Four coverage. With the college basketball tournament slated to air on TBS this year, CBS' sister company Showtime turns to the heavyweight division for its own brand of March Madness.

The premium cable outlet now has a centerpiece attraction to its already loaded 2018 first half schedule, having secured the U.S. televised rights to the heavyweight title unification clash between Anthony Joshua and Joseph Parker. The battle of unbeaten titlists will air live from Principality Stadium in Cardiff, Wales. with Showtime to air the bout live in a Saturday matinee edition of Showtime Championship Boxing.

According to ESPN.com senior writer Dan Rafael, an aggressive bid of $1.95 million was placed by rival cable giant HBO to secure the rights to the bout. However, Showtime's contract with Joshua—which has completed in terms of guaranteed obligations—contains a clause that allows the network first right of refusal as well as the option to match any placed bid on the Brit's upcoming bouts, which was the case here.

The bout will also air live on Sky Box Office in the United Kingdom.

In securing the U.S. TV rights, Showtime is now the home for heavyweight championship boxing. In addition to the three-belt Joshua-Parker showdown, the network will also air live a March 3 showdown between unbeaten titlist Deontay Wilder and undefeated challenger Luis Ortiz live from Barclays Center in Brooklyn. New York. The two bouts bookending March boxing coverage are intended to serve as a prelude to a hopeful showdown between the winners for all of the belts later this year."

“The heavyweight division is in the midst of a renaissance, and SHOWTIME is delivering all of the pivotal bouts to our subscribers,” said Stephen Espinoza, President, Sports and Event Programing, Showtime Networks Inc in a statement released through the network's press office. “Anthony Joshua is a global superstar, and we’re proud to present his sixth, and perhaps most challenging, world title fight to the U.S. audience.

The bout will also represent its sixth straight in a long-standing relationship between Showtime and Joshua, the charismatic 2012 Olympic Gold medalist for Great Britain who has since gained recognition as the best heavyweight in the world. Confirmation of such status came in the consensus 2017 Fight of the Year, when Joshua (20-0, 20KOs) traded knockdowns with Wladimir Klitschko before dusting off the former lineal world champion and future Hall of Fame entrant in the 11th round of their unforgettable thriller last April.

It was by far the stiffest test of Joshua's career, and the lone competitive entry since the Brit graced Showtime's airwaves with a two-round destruction of Charles Martin to win a heavyweight title in April '16. His reign of successful title defenses includes knockout wins over Dominic Breazeale, Eric Molina, Klitschko and most recently Carlos Taka last October, with Showtime along for the ride every step of the way.

"Joshua vs. Parker will be the 12th heavyweight world championship match on SHOWTIME since Deontay Wilder won his title in 2015, an undisputed industry-leading offering in boxing’s preeminent division," notes Espinoza.