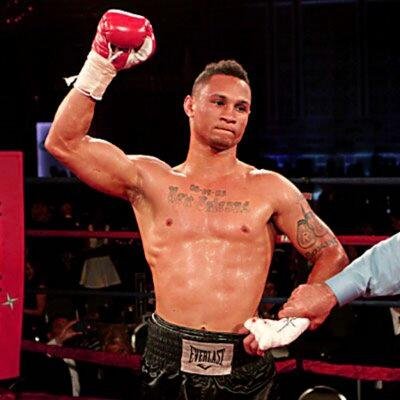 For months, Regis Prograis has focused on nothing but the thought of facing a former 140-pound champ in his own first crack at a major title.

The vision remains the same even if the pieces of the puzzle have been ordered.

The unbeaten Houston native by way of New Orleans has a new dance partner for his March 9 interim title fight in Deadwood, South Dakota. Prograis (20-0, 17KOs) was to face Ukraine's Viktor Postol, a former titlist who was forced to withdraw due to a hand injury. The opportunity will now come versus former unified titlist Julius Indongo, who celebrated his 35th birthday on Monday with news that he has accepted the late assignment to once again fight for the title, which will air live on a special edition of Showtime's ShoBox series.

“I’m very excited to fight Regis Prograis on March 9,” said Indongo (22-1, 11KOs), a Namibia native who relocated to Omaha, Nebraska in late 2017. “This is a great opportunity for me toward becoming a world champion again. I know how good Prograis is, but come March 9, I’ll be victorious.”

Indongo will fight for the first time since suffering his lone loss as a pro, when he was stopped by Terence Crawford in the third round of their four-belt undisputed 140-pound world title fight last August in Lincoln, Nebraska. Oddly enough, the Namibian southpaw has since decided to call the Midwestern state home, as he is now based out of Crawford's hometown although in a different fight camp.

His brief title stay began with a bang, scoring a shocking one-punch 1st round knockout of Eduard Troyanovsky in Dec. '16 on the road in Moscow, Russia to win his first belt. He once again played willing road warrior in his next fight, outpointing Ricky Burns in their unification clashFit last April in Glasgow, Scotland. The dream run ended just outside of Crawford's hometown, with his third straight away game ending in a body shot knockout loss in the first-ever undisputed title fight at 140 pounds in the four-belt era.

Fittingly, he replaces an opponent whose own title reign also ended at the superiorly technical hands of Crawford. Postol lost his belt and unbeaten record to the unbeaten switch hitter in their July '16 unification clash, having since returned with a points win over Jamshidbek Najmiddinov in an uneven performance last September. Still, it was enough to convince the World Boxing Council to throw him back into the title mix.

Despite his championship pedigree, Postol was viewed as an underdog versus Prograis, the unbeaten 29-year old southpaw who was last seen annihilating Joel Diaz in the 2nd round of their matchup of undefeated prospects last June. He's since struggled to convince his divisional peers to step to him in the ring, although the lure of a title shot was enough to secure an opponent and a date.

With Postol out of the mix, it stands to reason that he faces an upgrade in competition.

"While it’s unfortunate that Viktor Postol suffered this training injury, we’re thrilled that Julius Indongo jumped right at the opportunity to face Regis Prograis for the interim WBC title,” said Lou DiBella, President of DiBella Entertainment, who promotes both Prograis and Indongo. “Regis wanted to prove himself against the best, and he will still be afforded that opportunity when he meets former champion Indongo in what promises to be a sensational clash of styles.”

The winner of the bout will be recognized as an interim titlist, but more importantly first in line for whomever prevails one week later when Jose Ramirez and Amir Imam collide for the full version of the vacant title March 17 at Madison Square Garden Theatre in New York City.