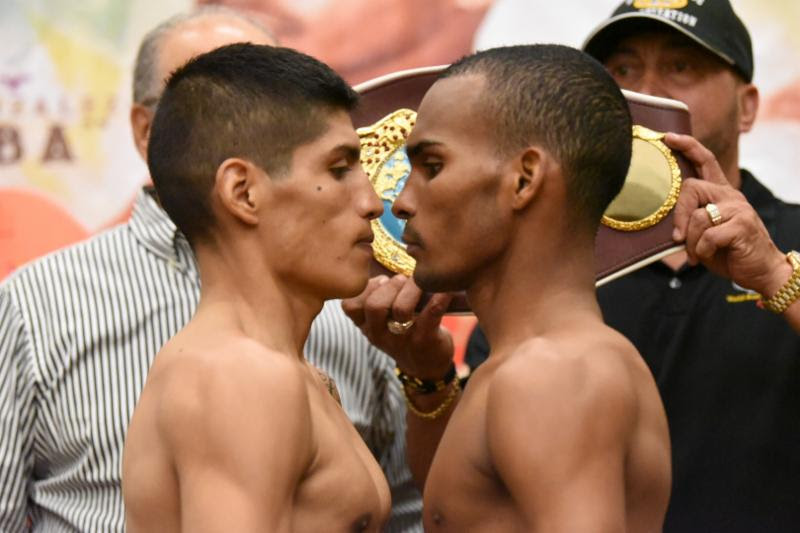 One year ago to the weekend, Ricardo 'Meserito' Rodriguez helped launch the 2017 Boxeo Telemundo spring season with a win that would lead to his first major title fight.

His career has since been stuck in a tailspin, complete with his third straight loss as Puerto Rico's Jonathan Gonzalez launched the 2018 Telemundo season with a split decision win Friday evening at Osceola Heritage Park in Kissimmee, Florida.

Rodriguez managed to win 95-94 on one card, but was overruled by scores of 95-94 and 96-93 for Gonzalez whose 3rd round knockdown of the Los Angeles-based Mexican ultimately made the difference between a win and a draw.

The two-way action made for a fitting main event and equally appropriate start the latest season of the popular long-running boxing series. Rodriguez did his best to force a fire fight—particularly throughout the second half of the contest. However, he couldn't overcome the early deficit, including a called knockdown when his knee touched the canvas in round three.

Gonzalez was wise to mostly avoid a brawl, mixing combination punching with lateral movement to win points on ring generalship. The 26-year old southpaw from Caguas, Puerto Rico did his best to remain disciplined, but also stood his ground long enough to not allow Rodriguez to gain sustained momentum at any point in the contest.

It was a much needed meaningful win for Gonzalez (20-2-1, 12KOs), who was given a layup last March following a knockout loss to Joebert Alvarez in March '16. In scoring his second consecutive victory and in a real fight, the hope is to build on the performance and seek greater ring activity in 2018.

Meanwhile, Rodriguez has now lost three straight as he falls to 16-6 (5KOs). A series favorite appearing in his 11th Telemundo telecast, the 28-year old parlayed a knockout win over previously unbeaten Carlos Narvaez on these very airwaves a year ago into a title shot versus then-115 pound champ Naoya Inoue. He lost by 3rd round stoppage in a fight few gave him a chance to win, but suffered a far more shocking defeat when he was edged by prior ring victim Daniel Lozano in their rematch last October.

The undercard was graced with the presence of a pair of 2016 Rio Olympians.

Jeyvier Cintron—the lone representative of the 2016 Puerto Rico Olympic boxing team—scored a six-round shutout over Edson Eduardo Neri (0-2). All three scores read 60-54 in favor of Bayamon's Cintron (3-0, 1KO), who made his pro debut in this very venue last April and is now looking to make up for lost time as his 2017 rookie season was stalled while he and his loved ones sought to overcome the damage sustained in back-to-back catastrophic hurricanes in Puerto Rico.

Local favorite Antonio Vargas impressed his adoring fans with a dominant six-round decision win over Luis Saavedra. Scores were 60-54 (twice) and 59-55 in favor of Vargas, a 2016 U.S. Olympian whose pro debut came exactly 52 weeks ago on the undercard of the 2017 Boxeo Telemundo season premiere.