Who Could Tyson Fury Face Next? 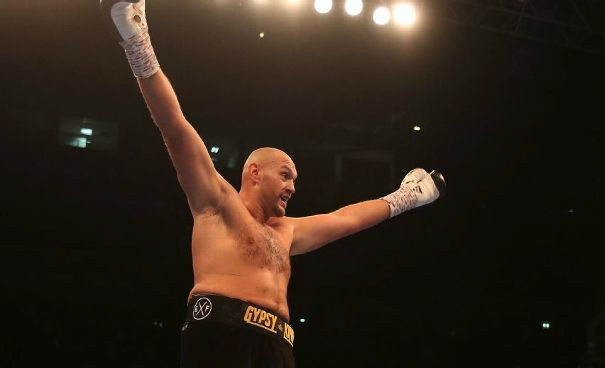 Tyson Fury marked his return to boxing with a convincing, if underwhelming victory over Sefer Seferi - the undersized and overmatched Albanian quitting on his stool after four rounds of a farcical contest. After two and a half years in exile, the self-proclaimed Gipsy King is now on the road to redemption and considering his options for potential opposition, as he seeks a much tougher bout at Windsor Park in Belfast on the undercard of Carl Frampton and Luke Jackson (August 18th).

The 29-year-old looked like a giant shadow of the man who bamboozled Vladimir Klitschko in November 2015 to pull off one of the great boxing upsets, ending the Ukrainian’s incredible reign which had seen him go unbeaten for over a decade.

Fury needs to find a durable challenger if he is to properly shake off the ring rust ahead of what will be an eagerly-anticipated second fight since his 924 day hiatus from the sport. We assess four possible foes and don’t forget to check out the latest odds with the most popular bookmakers.

The mouthy Evertonian produced an explosive performance last month to beat David Haye in their huge rematch at Greenwich's O2 Arena and prolong the golden period of his boxing career which has also seen him win a world title and fight at his beloved Goodison Park.

Despite the natural size discrepancy between the pair, Bellew regards the less powerful Fury in comparison to reigning world champions Anthony Joshua and Deontay Wilder a worthwhile risk.

Former British champion Price would be coming into the fight off a sickening knockout defeat to Alexander Povetkin, but he had the Russian wobbling at the end of the third round following a sweet left hook.

The 6ft 8in Price is still the only Englishman to beat the former World heavyweight champion in a boxing ring during their amateur days and Fury said Price was still possibly the biggest puncher among the British heavyweights. A domestic clash between the pair would create a high amount of interest and such is Price’s power and vulnerability, it would be highly unlikely to go the distance.

The American’s sole defeat was an eighth-round stoppage loss to Joshua two years ago and is currently ranked the seventh best heavyweight in the world by The Ring magazine. Breazeale stopped former world title challenger Eric Molina in his last bout and boasts an impressive 17 KO’s from his 20 career fights.

When the 32-year-old came to London, he proved that he had a good chin, a big heart and that he would not fall over the first moment he was clipped. At the very least, he would give Fury plenty of rounds.

The big-hitting Belarusian (now 41) looked all of his 40 years during his unsuccessful attempt to land the WBA World heavyweight title against Manuel Charr last year. However, a win against the high-profile Fury could revive the journeyman fighter’s hunger for a late shot at glory. Ustinov, who goes by the nickname 'Alexander the Great', retired the formidable kiwi David Tua in 2013 after beating him via unanimous decision and just two of his 36 career contests have ended in defeat (34-2 25 KOs).