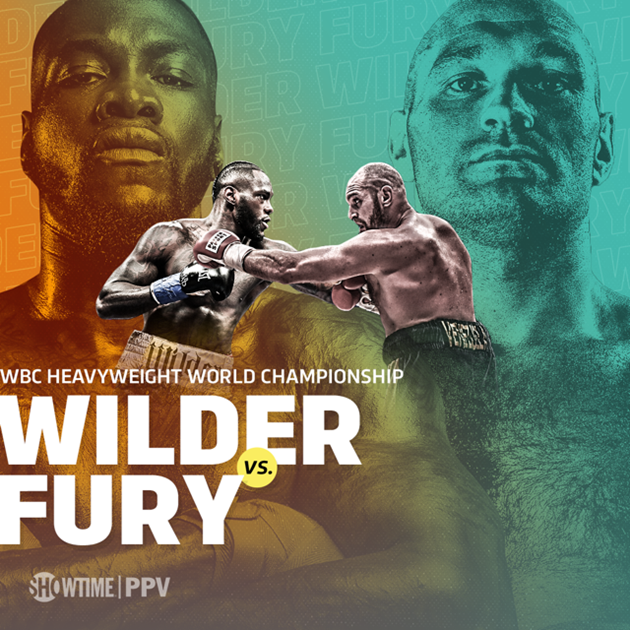 With unbeaten heavyweight titlist Deontay Wilder seated ringside and keeping an eye on his future investment, Tyson Fury wasn't about to do anything to jeopardize their anticipated mammoth fall collision.

Even at the expense of trading action for effectiveness.

Fighting at a pace intended to go rounds rather than charge the crowd, Fury preserved his unbeaten record and potential showdown with Wilder following a shutout win over Francesco Pianeta in their 10-round clash. Referee Steve Gray was the lone scorer of the contest, ruling 100-90 in favor of Fury in the co-feature attraction at a rain-soaked Windsor Park in Belfast, Northern Ireland.

In just his second comeback bout following more than two years away from the ring to exorcise personal demons, Fury did as he pleased against a disengaging Pianeta. The 6'9" heavyweight—regarded as the lineal World heavyweight champion following his upset win over Wladimir Klitschko in Nov. '15—was light on his feet but sadly also with the impact of his punches, more interested in boxing that delivering an explosive performance.

"It was a calculated performance, as we promised," Fury confessed during his post-fight interview with BT Sport's Ronald McIntosh in assessing his performance.

Pianeta did his part to allow such a pace, hardly letting his hands go and sadly not taking any risks over the course of the 10-round affair. The Italian-bred, Germany-based divisional gatekeeper enjoyed singular moments of success, landing the occasional head shot to show just effort to appear as if he were trying, but never enough to turn the tide or even threaten to nick up Fury who made the night look like a sparring session.

The charismatic Traveller from England decided to have a go of it late in round nine, landing his left hook in triplicate before offering a bit of fancy footwork and closing with a straight left hand as a wide grin graced his grill. It was the closest he came in threatening to pick up the pace, perhaps of the realization that he wasn't going to put away his unwilling opponent.

"Pianeta was quite durable," Fury noted afterward. "It's no secret that we needed to get in the rounds."

The 10 rounds of work comes just two months after putting away Sefer Seferi in the 4th round of his comeback performance this past June in Manchester, England. Though generally beloved in England and Ireland, the boos rained down at fight's end on Saturday with the drenched crowd—forced to brave heavy downpours in the outdoor stadium—displeased with the deliberate pace offered in the heavyweight attraction.

Only then did the interest level dramatically increase.

A prelude of things to come was offered in Fury's victory lap, parading around the ring with Wilder's heavyweight title strap. The pair of unbeaten boxers had their say during their respective post-fight interviews, although forced to stop short of revealing the actual date and location as an official announcement is expected in the coming days, likely for November 17 or early December in Las Vegas.

To his credit, Wilder did his best to remain poised during the session, after having already enjoyed an adventurous Friday that include post weigh-in scuffles with Fury and his father John, as well as a food fight with unbeaten middleweight titlist Billy Joe Saunders later in the day.

When asked of how he believes their forthcoming clash will play out, his response was simple without tipping his hand.

"Fury has collected a lot of belts, but he's never held this WBC belt," noted Wilder (40-0, 39KOs), whose 3 1/2 year title reign includes a thrilling knockout win over Luis Ortiz in their slugfest this past March in Brooklyn, New York. "He ain't bringing this belt back home."

Overall, there only came moderately harsh words exchanged before a genuine embrace between the two - but not before Fury offered a prediction of their likely collision.

"Make no mistake," Fury assured Wilder as the two stood nearly face-to-face in the center of the ring, "I'm knocking you the f*** out."

After 10 rounds of strictly boxing on Saturday, fans can only hope that Fury at least tries to deliver on such a performance in their soon-to-be-announced affair.