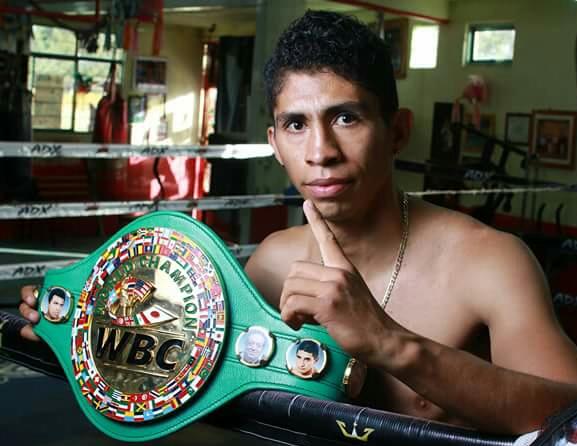 Forced to spend his summer in rehabilitation mode following successful hand surgery, Rey Vargas is chomping at the bit to get back in the gym—and more specifically, in the ring.

The unbeaten super bantamweight titlist is in the advanced stages of recovery after undergoing surgery to repair his injured left hand. It is believed that the 27-year old from Otumba, Mexico has fought at less than 100% physical capacity for his past three fights, and can't wait to show the boxing world what he can do at full strength.

Of course, the first step is being cleared to return to any form of training.

"We are (recovering) as scheduled, and that makes me excited because I can return as promised by my doctors," an excited Vargas (32-0, 22KOs) declared on Monday. "I want to defend my championship as soon as possible... (but) I don't want to rush it, and everything is going according to plan."

Vargas was a red-hot prospect on the rise before capturing the boxing world's attention with an impressive showing in a majority decision win over Gavin McDonnell that deserved much better scorecards. Still, the Feb. '17 win was enough to pick up his first major title.

Since then, however, he's yet to show what he has to offer at full capacity.

Each of his three title defenses to date have gone the distance and lacked that extra spark that had many—including American cable giant HBO, which has aired his last three starts—eager to showcase his talents. Most recently, Vargas outpointed Azat Hovhannisyan this past May in Verona, New York, but failed to improve on his already lofty standing as a leading super bantamweight player.

That figures to change the moment he's cleared to once again lace 'em up.

"We don't want to load up everything on one hand (in the ring), so the plan is that in a month I can return to the gym," believes Vargas, who is trained by the legendary Ignacio "Nacho" Beristain. "From there, the plan is to defend my championship title by the end of the year."