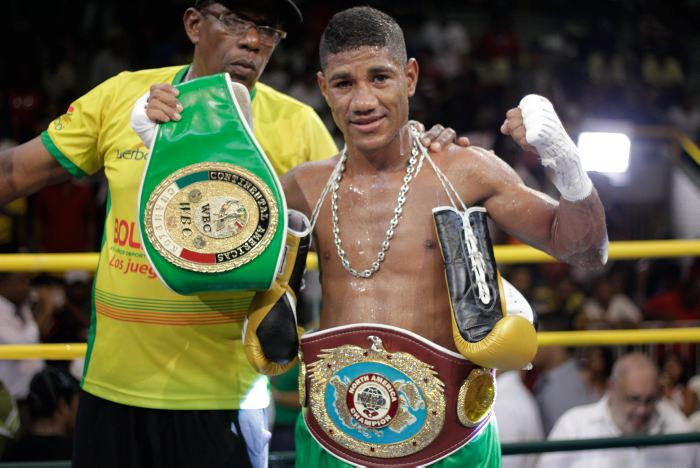 When a promoter successfully guides your boxer to three major title fights without any major outside support, the only right thing to do is remain loyal even beyond the life of a contract.

Veteran promoter Felix 'Tutico' Zabala Jr. was granted such loyalty by Miguel Marriaga and his team, as Zabala's All-Star Boxing Inc. has signed a new multi-year agreement with the veteran featherweight contender from Colombia. News of the deal was announced Tuesday morning in Miami, Florida.

"We are delighted to continue promoting the career of Miguel "The Scorpion" Marriaga," Zabala told FightNights.com. "He's done everything we've asked of him throughout his career, and has fought his way to three world title fights.

"While he has come up short on those occasions, those losses came to some of the best in the sport, including the great Vasyl Lomachenko who many consider the best pound-for-pound fighter in the world."

Marriaga (26-3, 22KOs) is unfortunately best known for coming up short in featherweight title bids versus Nicholas Walters and Oscar Valdez—both of whom were undefeated at the time of their respective bouts—and in last summer's stoppage loss to then-130-pound titlist Lomachenko.

The latter represented what his handlers insist is a one-and-done in the super featherweight division, citing the opportunity made available as the reason for the brief move up in weight.

"Miguel's next fight and his foreseeable future will be back at featherweight," Zabala said of Marriaga, who has since rebounded with a confidence-building knockout win in his native Colombia this past May. "We are confident in working with Miguel and his wonderful trainer, the famed Samuel Gomez to not only get him back on the title stage, but with a world championship title around his waist."

Along with the re-upping of Marraiga's contract came an addition to the All-Star Boxing stable. Along for the ride is Marriaga's training stablemate, super bantamweight prospect Belmar Preciado (18-1-1, 11KOs). The 30-year old from Ibague, Colombia has won four straight since an upset loss in June '16.

The entirety of his five-year career has taken place in his home country, although the alignment with All-Star Boxing figures to see his passport stamped in the United States and Mexico.

"Tuto Zabala has done a great job in guiding the career of Marriaga, taking him to multiple world title opportunities. I feel both Marriaga and Preciado are in the right hands that will take my prospects to the biggest and best fights," noted Gomez.

Both boxers will likely be showcased in the 2018 Fall season of Zabala's long-running Boxeo Telemundo series, which is set to resume November 16 in Kissimmee, Florida.