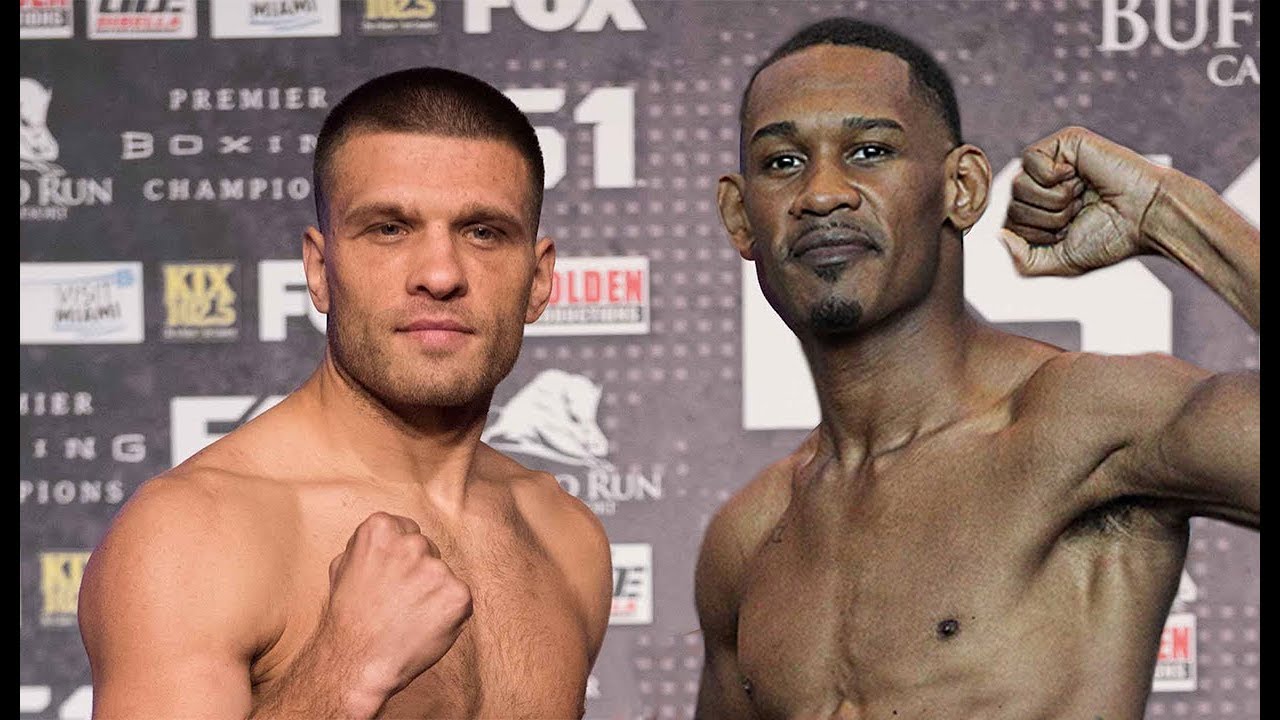 There are several unique storylines attached to the upcoming clash between training teammates Daniel Jacobs and Sergiy Derevyanchenko, but perhaps none more significant than what awaits the winner. The two will put aside their friendship as they vie for a vacant middleweight title October 27 at Madison Square Garden Theatre in New York City.

HBO will televise the scheduled 12-round title tilt, which was formally announced at a press conference Thursday afternoon in midtown New York.

"This night is the moment of truth for Daniel Jacobs," noted Eddie Hearn, Jacob's promoter who suddenly finds himself doing regular business with promotoional and social media rival Lou DiBella, who promotes Derevyanchenko. "You know his story by now, we've been down that road so many times. He's beat cancer, but none of that is going to matter on October 27. Danny is such a stand-up guy, and this right here, it's his moment of truth."

Perhaps even more so at stake than surviving what both insist to be the toughest challenge of their respective careers is what will be at stake for the winner given all that is going on around them.

By the time Jacobs (34-2, 29KOs) and Derevyanchenko (12-0, 10KOs) collide, they will have known the outcome of the September 15 rematch between lineal champion Saul 'Canelo' Alvarez and unified titlist Gennady Golovkin, as well as that of the October 20 title tilt between unbeaten middleweights Billy Joe Saunders and Demetrius Andrade.

"There's a lot at stake," Peter Nelson, EVP of HBO Sports stated during the press conference. "The winner of this fight puts himself right in the middle of the sweepstakes to face the winner of the September 15 rematch between Canelo Alvarez and Gennady Golovkin."

Jacobs saw his secondary title reign come to an end versus Golovkin in their highly competitive March '17 clash in the main room at Madison Square Garden. His narrow points loss ended a three-year run which began with his becoming the first-ever cancer survivor to win a major boxing title.

Two wins have followed, both under the watchful eye of Hearn with whom he signed last fall. If the former middleweight titlist truly had his way, his next fight would be a rematch with Golovkin.

Instead, he fights for the title left behind by the unbeaten Kazakh boxer, who was due to face his mandatory challenger in Derevyanchenko but vacated in favor of a far more lucrative rematch with Alvarez. Still, there were easier options that Jacobs could have taken for his third fight under the Matchroom Boxing USA banner, and certainly less emotionally-challenged than having to face your own training stablemate.

“I know a lot of people have questions about why is this fight happening,” Jacobs observed. “It’s a question I asked myself – do you dare to be great? What are the obstacles you will allow to get in your way to prevent that?

Many in his camp wish that desire came in the form of anyone else other than Derevyanchenko, although all involved understand why it had to happen.

"What you will see here is the best fight that (middleweight) has to offer," promises Andre Rozier, who trains both boxers but will be in Jacobs' camp, while assistant trainer Gary Stark Sr. will be with Derevyanchenko. "I'm not happy about the fight, these are both my two babies. But here we are and we're going to give you the best fight you can see."

To confirm, it will be a real fight and not just another gym session despite a brief suggestion to the contrary.

"They're not really gonna fight, it's just gonna be a sparring match," quipped Stark Sr., who will guide Derevyanchenko's training camp in Colorado Springs.

He may be known as a sparring partner and friend to those in camp, but Derevyanchenko has carved out quite a niche as one of boxing's most feared. So much, that it's been a slow crawl to the title stage since earning a mandatory ranking following a 12th round knockout of Tureano Johnson last August.

Just one win has followed for 32-year old Brooklyn-based Ukrainian, a 6th round stoppage of veteran spoiler Dashon Johnson this past March. A title fight versus Golovkin was due up, and even contractually promised in exchange for his patiently waiting through the champion's voluntary title defense versus a far-less deserving Vanes Martirosyan in a makeshift May 5 headliner.

When the chance came to fight for the vacant title, a path existed that didn't involve a boxer he's known and has trained with his entire pro career.

""It's been a long couple of months in making this fight and Lou and I don't always see eye to eye, but in the end it's always about doing what's best for the fighters," explained Keith Connolly, who manages Jacobs and advises Derevyanchenko in yet another subplot. "Sergiy was the number one contender and I explained to him that I could just as easily get him a fight with (veteran England-based contender) Martin Murray.

"He told me flat out, 'Get me Danny Jacobs."

With that, boxing fans will now get to see what their team has witnessed for years leading to this moment.

"I know it’s gonna be a tough challenge. Me and Sergiy have damn never over 300 rounds together in sparring," Jacobs revealed. "He knows me, I know him and I just think that the professionalism we carry is gonna extend into that ring. But it’s not gonna make a sparring match. It’s gonna be a war. It’s gonna be an exciting war. This man comes forward. He’s strong, durable. And you guys know what I bring to the table.”