Fury, Wilder and Joshua Still Have Debt to Pay Fans 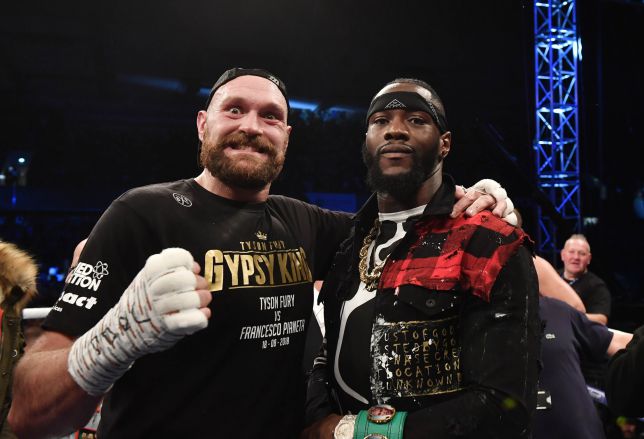 In a wet night in Belfast, Tyson Fury did what he had to do. While the crowd, hailing from a boxing mad city, were understandably vocally keen to see the charismatic Fury deliver some showmanship, on reflection they will understand the big man’s logic of getting some rounds under his belt.

Indeed, fans were more entertained by antics of Fury and WBC champion Deontay Wilder after the bout. The Belfast crowd, not all together accustomed to such clashes between the elite end of the heavyweight division, bore witness to an agreement between Fury and Wilder for a future title fight, most likely in mid-November.

Putting aside the exhibition-like manner of Fury’s two comeback fights, it is clear that the heavyweight division is in a precarious state, certainly when looking through the lens of they hype that has been built over the last couple of years.

Of course, there is every reason to believe that Fury and Wilder can put on a show in Las Vegas. Both fighters are around even money in sportsbooks’ early odds for the fight, something that is a rarity in the sport of boxing. As a comparison, Fury was trading around 1/30 before the Pianeta fight.

Indeed, sportsbooks can usually tell us a lot more about the nature of a fight than the hype machines unleashed by boxing’s money men. For example, Anthony Joshua’s fight against Joseph Parker in March, which was arguably hyped out of all proportion, was predicted in the odds to be exactly what it was – a slow, laborious affair, with Joshua inevitably coming out on top.

Indeed, Joshua’s next fight, coming up on September 22nd at Wembley Stadium, sees odds of 1/14 (888sport) for the Watford-born fighter. His opponent, mandatory challenger Alexander Povetkin is given odds of 13/2. The best way to exploit those odds might be to bet with a sportsbook, and 888’s casino is discussed here, that also operates a casino. That way, you can take a casino bonus or free bet sports bonus for a larger outlay on the fight. Otherwise, a big outlay on Joshua would be required to make any serious money from the fight.

The onus, of course, is on Joshua to not only win, but to win well. Moreover, it’s part of the double-edged sword of boxing that a one-sided display, with an early KO against Povetkin might not satisfy the Wembley crowds. It boils down to the fact that people have bought into the Joshua brand, and are re-buying into the brands of Fury and Wilder. All of them need to start delivering.

Sportsbooks, as they often do, have matched up the odds for several of these fights not yet booked. Joshua comes out as slight favourite against Fury (around 4/5) and as a strong favourite against Wilder (1/2), but there is an argument to believe that those odds will shift if one of Fury and Wilder is dominant in their bout and Joshua is anything less than superb in his.

Booking Wilder and Fury is, of course, a step in the right direction. The promise of this heavyweight division has been mooted for a few years now. The sportsbooks have put their neck on the line to say that there is nothing between the pair, but that needs to be translated in the ring in terms of stellar action.

Three unbeaten fighters, none of whom have yet delivered a career performance, owe it to the fans who have paid big money for tickets to Wembley, the T-Mobile Arena and, even, Windsor Park. It’s crucial for the division that there is some sort of pay-off for the fans, a reward for believing in the division again. Perhaps that will come in November when Fury and Wilder clash, maybe it’ll be when Joshua comes up against one of the pair next year (or later). But, it must happen.