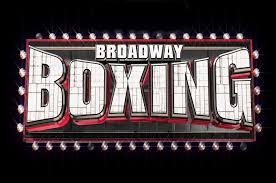 Celebrating it's 15 Year Anniversary, the acclaimed Broadway Boxing series hits the historic Kings Theatre in Brooklyn, NY, on Saturday, September 29th, for a showcase of the area’s top young fighters.

In the spirit of collaboration, with the shared goal of keeping local grassroots boxing alive in New York City, DiBella Entertainment, Uprising Promotions and The Real Deal Boxing have teamed up to stage this incredible show.

“It is a pleasure working with Uprising Promotions and The Real Deal Boxing on what will be an exciting event on September 29th.”, says Lou DiBella, President of DiBella Entertainment.

“I’m thrilled to debut the Broadway Boxing series at such as a historic venue as Kings Theatre in Brooklyn. With prospects like Jude Franklin, Khalid Twaiti, Justin Biggs and Edgar Berlanga, and former world title challenger Melissa St. Vil, Kings County will be well represented on this card. Local boxing fans will also get to see Uzbekistan Olympian and rising heavyweight star Bakhodir Jalolov in action.”

“Local fighters need the opportunity to fight at home and we’re proud to be a partner with such great companies to make a difference and improve the sport. Hopefully we can make this the first of many.”

“Since we started The Real Deal Boxing last year, we’ve tried to be progressive and fix issues within the sport of boxing. From fighter safety to poor judging to transparency, we have already made great strides.”, explains Eric Bentley, COO of The Real Deal Boxing.

“This partnership with DiBella Entertainment and Uprising Promotions for a joint show in Brooklyn is another step in that direction. Three competing promoters actually working together to rejuvenate the grassroots boxing scene in New York City is great for the fighters, the community and the sport. We’re very grateful to Lou DiBella and Ronson Frank for seeing the big picture and believing it is better to work with each other rather than against each other. Hopefully this can lead to a longstanding series at Kings Theatre that benefits all three companies, our collective fighters and New York City, home of the greatest boxing fans in the world.”

Trained by Elmo Serrano out of Gleason’s Gym, Brooklyn-based 23-year-old Jude Franklin looks to build on his reputation as one of the area’s finest prospects on September 29th in the third bout of his 2018 campaign. On February 7th, Franklin knocked out Floriano Pagliara in the second round at the Broadway Boxing event in New York City. In his most recent action, Franklin stopped Angel Jimenez on June 21st, in Queens, NY.

A native of Haiti, the Brooklyn-based Melissa St. Vil will be making her borough debut on September 29. Most recently, she challenged for the WBC Super Featherweight World Title, losing a very close, hard fought majority decision to Eva Wahlstrom in Helsinki, Finland, on April 6th. St. Vil won the WBC Silver super featherweight title in April 2016. Having traveled all over the world for fights, this will be St. Vil’s first bout in the New York City area since May 2014.

Promoted by DiBella Entertainment and Fight Promotions Inc., 2016 Olympian Heavyweight Bakhodir Jalolov, of Uzbekistan, is currently training with the renowned Pedro Diaz and Ravshan Khodjaev in Miami, FL. At the Summer Olympic Games in Rio de Janiero, Jalolov was the flag bearer for his country at the Opening Ceremonies, one of his native country’s highest honors. He advanced to the second round losing to eventual silver medalist Joe Joyce. While compiling an 84-13 record as an amateur, Jalolov also became a four-time National champion. In his professional debut, Jalolov knocked out Hugo Trujillo in the third round on May 5th.

Fighting for the first time at Kings Theatre, the 22-year-old Khalid Twaiti returns to the ring following a third-round knockout of Joseph Cole on May 5th at Foxwoods Resort Casino. Trained by Don Saxby out of Gleason’s Gym, the all-action Twaiti continues to build his resume as a professional, which has earned rave reviews since his pro debut in February 2017. As an amateur, Twaiti compiled an impressive 74-15 record.

The 21-year-old Edgar Berlanga has quickly turned heads in the professional ranks with his show-stopping knockouts, all of which have come in the first round. He returns to action at Kings Theatre following his stoppage of Aaron Garcia on June 9th, in the first stanza. Prior to that, Berlanga knocked out Jaime Barboza in the opening round on January 26th in Philadelphia.

Just 20 years old, Josue Vargas, of The Bronx, NY, has become a fan favorite among the Puerto Rican community and will be looking to build on his five-bout winning streak. Vargas kicked off his 2018 campaign with a fifth-round knockout of Zack Ramsey on March 10th. Following up on that thrilling performance, Vargas made a quick return with a seventh-round stoppage of Victor Vasquez on April 21st.

Fighting out of Ridgewood, NY, Mathew Gonzalez continues to stay busy since turning professional last year. The 23-year-old will be making his fifth start of 2018 on September 29th with his last three victories all coming at Kings Theatre.

Justin Biggs continues to show promise as a professional after an outstanding amateur career that included winning multiple New York Golden Gloves titles. Fighting twice at Kings Theatre in 2018, Biggs most recently stopped Dominik Karoly in the fourth round on April 21st. Prior to that, on March 18th, he knocked out Joseph Elmore in the third stanza.

Broadway Boxing on Saturday, September 29th, 2018 at Kings Theatre in Brooklyn, New York is presented by DiBella Entertainment and Uprising Promotions in association with The Real Deal Boxing.

Kings Theatre is located at 1027 Flatbush Avenue, Brooklyn, NY 11226. Doors will open on the night of the event at 6:00 pm. For more information visit www.kingstheatre.com