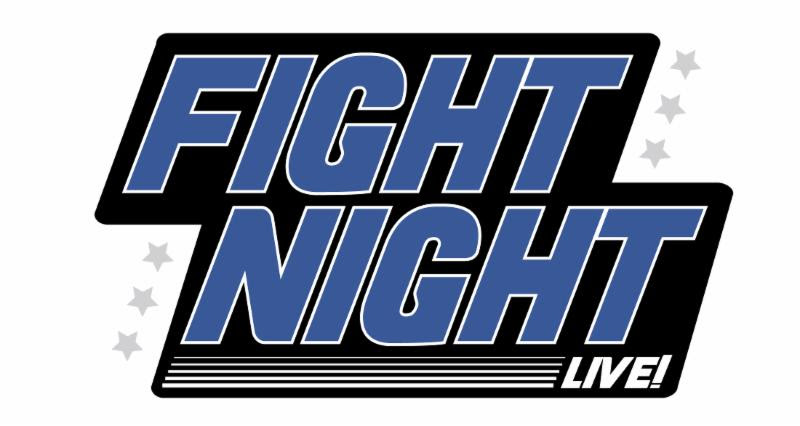 NEW YORK (Sept. 19, 2018) - After opening Season II last Friday with nearly 200,000 views to bring its series viewership above 1.6 million, FIGHTNIGHT LIVE today announced a 24-show partnership with Everlast: The Choice of Champions and the preeminent brand in boxing since 1910.

Under the agreement, Everlast becomes the title sponsor of "FIGHTNIGHT LIVE, Powered by Everlast" for all shows during the 2018-19 season and enjoys benefits such as: Broadcast Billboards; "Tale of the Tape" and "Matchup" graphics during the live shows; sponsored interviews; in-venue ring announcer acknowledgements before each fight; between-show social media integration, and much more.

"We are delighted that Everlast - a brand synonymous with boxing - sees value in what FIGHTNIGHT LIVE has accomplished since May of 2017. We've had 18 shows originating from New York, Atlantic City, Philadelphia, Boston and New England, Phoenix and America's Heartland, where more than 300 up-and-coming fighters and eleven different promotions gained an incredible amount of exposure via this exciting, truly social platform. To be able to have several events with more than 150,000 or 200,000 views only scratches the surface, and with Everlast's partnership, we are truly ready to take FIGHTNIGHT LIVE to the next level here in Season II," said Mark Fratto, Principal and Director of Business Development, Linacre Media.

"We are proud to partner with FIGHTNIGHT LIVE. At Everlast we have always believed in supporting people and ideas that break the mold and blaze new trails and FIGHTNIGHT LIVE is doing just that," said Chris Zoller, Vice President of Marketing and Product development at Everlast. "We're seeing a shift in how fight sports content is being consumed. Highly-engaging content and experiences delivered via emerging channels is the heart of our brand strategy. FNL is the perfect combination of high-quality fight sports content and accessibility."

Now in its second season, FIGHTNIGHT LIVE is the fan-friendly series that - among other aspects - prides itself on the real-time conversations held between fight commentators and the viewing audience. FIGHTNIGHT LIVE has showcased more than 300 fighters during 18 live event broadcasts since May 2017, and in doing so, the interactive platform has generated the loyal interest of fight fans from across the United States and around the globe, including significant audiences in Mexico, the United Kingdom and other parts of Europe, and even fans in South America, Asia and Australia.

Now at more than 1.6 million views for the series, FIGHTNIGHT LIVE has continued to deliver impressive numbers throughout its first 18 shows:

Since May 2017, the numbers on the 18-show FIGHTNIGHT LIVE series showed promise and potential for the new platform with an average of 90,001 views per event and more than 1.6 million total views.

The FIGHTNIGHT LIVE page on Facebook has more than 83,000 followers.

Created and produced by Linacre Media out of New York City, the FIGHTNIGHT LIVE series features professional announcers, multiple camera angles, television graphics, replays and behind-the-scenes access and interviews. The streamed shows are available globally wherever Facebook is available. The initiative not only enables fans from around the world to tune in, but also gives up-and-coming fighters a global platform to showcase their abilities, gives promoters an accessible "broadcast" solution and gives sponsors the ability to reach a mass audience via branded content.

More FIGHTNIGHT LIVE Fall 2018 dates will be officially announced in the coming weeks.