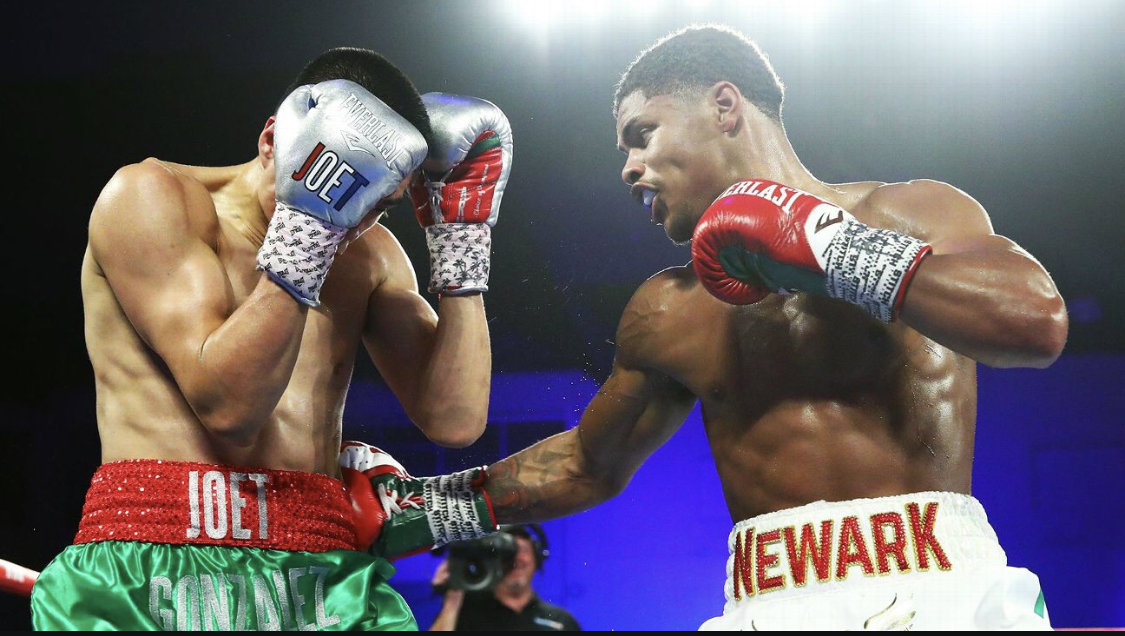 The bout was the main event of a Top Rank on ESPN+ card.

The build up to the fight was centered around the legitimate hate between the two, which happens quite often in boxing, but this case was unique.

Stevenson's girlfriend of the past three years is Gonzalez's younger sister, Jajaira, an amateur boxer. Gonzalez has made it clear that he does lot approve of the relationship or Stevenson. Their father, Jose Gonzalez, Joet’s trainer, went as far as to disown his daughter because of their relationship.

Gonzalez, fueled by anger, badly wanted to beat up Stevenson, but he was never in the fight. Stevenson bewildered Gonzalez all night with his superior speed and movement, a performance reminiscent of Floyd Mayweather’s rise through the ranks.

Stevenson (13-0, 7 KO’s), 22, of Newark, New Jersey, claimed the 126-pound belt which was vacated by Oscar Valdez, who opted to move up in weight instead of facing Stevenson, who was his mandatory challenger.

Stevenson, who was fighting for the first time following the death of his father, Alfredo Rivera, on Sept. 29, became the second-youngest active world titleholder behind 20-year-old Devin Haney, who was elevated from an interim lightweight titlist to full titlist a few days ago after pound-for-pound elite Vasiliy Lomachenko was promoted to “Franchise champion.” Stevenson also won a featherweight world title in the second-fewest bouts in boxing history behind Lomachenko, who accomplished the feat in three fights.

Stevenson dominated behind his jab and precise body shots, which left Gonzalez frustrated and unable to connect with any clean punches.

"It was a tough fight. I couldn't establish my punches. That's pretty much it," Gonzalez said. "He kept a distance really good, which made it hard to catch up and reach him and that's why my punches weren't landing."

Gonzalez (23-1, 14 KO’s), a 26-year-old from Glendora, California, applied constant pressure throughout the fight, but could never get in range. There were times when Gonzalez would just stare at Stevenson, either not knowing what he needs to do, or unwilling to commit. Stevenson toyed with Gonzalez like a cheetah and his gazelle.

In the seventh round, Gonzalez forced Stevenson to the ropes and landed a couple of shots, but that point, he had already needed a knockout to win.

Jose Gonzalez told his son after the eighth and ninth rounds that he needed a knockout to win.

Going into the 12th round, Jose Gonzalez urged his son one last time, but it was all for naught. Stevenson was not going to be denied on this night.

Jose Gonzalez reiterated the need for a knockout going into the 12th round, but Joet, with bruising on his face, never came close to even hitting Stevenson with a truly clean punch, much less a knockout.