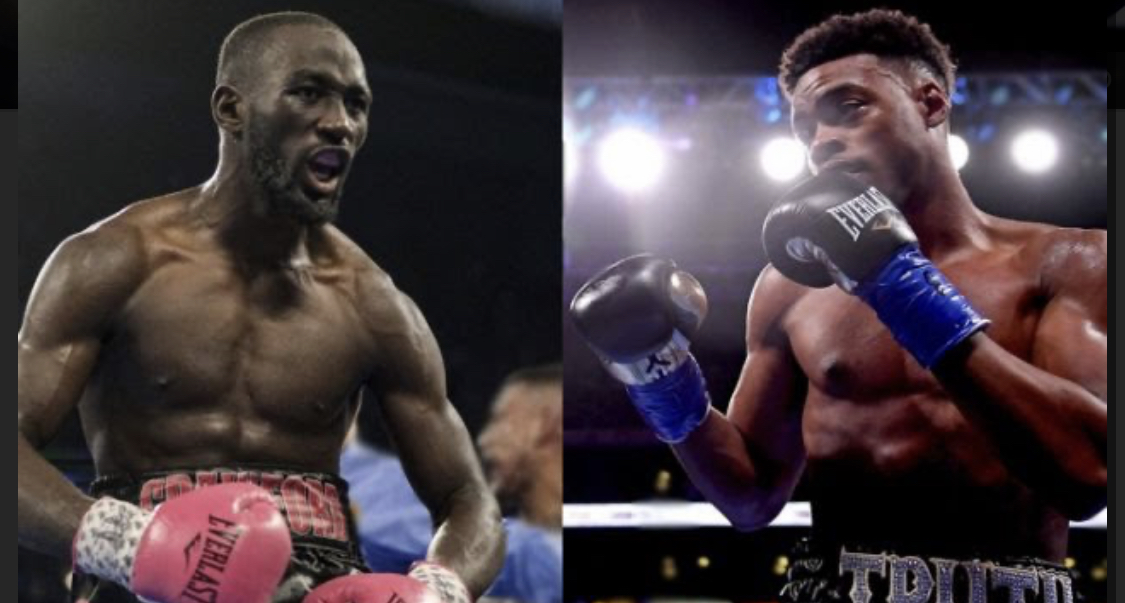 Welterweight world titleholder Terence Crawford is tired of sitting around and waiting for major fights to come to him.

On Sunday evening, Crawford turned to social media to call for a unification fight with Errol Spence Jr.

Spence, who has begun training for a return to the ring following a horrific one-car accident in October, has said he wants to fight Crawford along the way to becoming the undisputed welterweight champion. But Crawford, along with some of his followers, believe Spence has been ducking him.

The unified belt holder posted on Twitter that "y'all can believe the bs if you want," before going on to say that he has never ducked anyone.

Crawford quickly responded to his rival.

"So what's been the hold up homie? When I came to the division y'all all said I had to get a title first," Crawford wrote. "Now you changed yo mind and talking about wrong side of the street. So I'm just here for another excuse what's up.

"I'm ready when you ready. Matter of fact I been ready before I even had a 147 LB fight. Like I been said you got these people fooled but not me. when ever u get back right I'll smoke you. all you gotta do is sign the contract next and I'm on yo head."

Crawford (36-0, 27 KO’s), 32, of Omaha, Nebraska, a former lightweight world titlist and undisputed junior welterweight world champion, made a third defense of his WBO welterweight world title by knocking out mandatory challenger "Mean Machine" Egidijus Kavaliauskas in the ninth round on Dec. 14 at Madison Square Garden in New York. Crawford struggled early in the fight, but when he made the necessary adjustments, punished and punched Kavaliauskas at will.

Although Crawford is arguably one of the best boxers pound-for-pound in the sport, he lacks a significant fight, partially due to the fact that as a Top Rank fighter, his bouts take place on ESPN platforms. While there is nothing wrong with that, the rest of the top welterweights in the division — including Spence, belt holder Manny Pacquiao, and former titlists Danny Garcia, Shawn Porter, and Keith Thurman — all fight under Premier Boxing Champions.

PBC and Top Rank are bitter rivals and rarely make major fights with each other, on time at least. After five years of stalling, Al Haymon, who manages PBC, and Bob Arum, who controls Top Rank, were able to make the long-awaited super fight between Floyd Mayweather Jr. and Pacquiao in 2015. Furthermore, the rematch between heavyweight titleholder Deontay Wilder and lineal titlist Tyson Fury set for Feb. 22 at MGM Grand in Las Vegas, is another exception.

Crawford, who generally saves the trash talk during fight week, has finally had enough of the promotional politics that has held him back.

"And stop using the f---ing promoters, managers and advisors for that weak ass excuse y'all doing," Crawford wrote. "They work for us y'all dumb mf if you really want a fight you tell them. I don't give two f---s that's who I want to fight. let yo nuts drop you say you yo own boss Errol Spence Jr."

Spence (26-0, 21 KO’s), 29, of DeSoto, Texas, who scored the biggest win of his career on Sept. 28 when he won a split decision against Porter to unify two 147-pound world titles in a pay-per-view headliner at Staples Center in Los Angeles, reiterated to Crawford on Monday that he wants to fight him, but it is up to his side to work on the deal.

Just 2 ½ weeks after his impressive win against Porter, Spence crashed his Ferrari in Dallas at around 3 a.m. on Oct. 10, but miraculously survived without any significant injuries. He was sentenced to probation for driving under the influence.

Spence has returned to the gym and is expected to fight again in May or June.

"I'm the top dog of the division," Spence said on a PBC on FOX telecast on Dec. 21. "I am the king of the welterweight division. Those guys wish I wasn't back so fast, but I am back, and I want to fight the top names in the division -- whether it's Manny Pacquiao, Terence Crawford or Danny Garcia, I do want the top names and I do want to be the undisputed welterweight champion of the world."