Canelo Alvarez is the 2019 BWAA Fighter of the Year 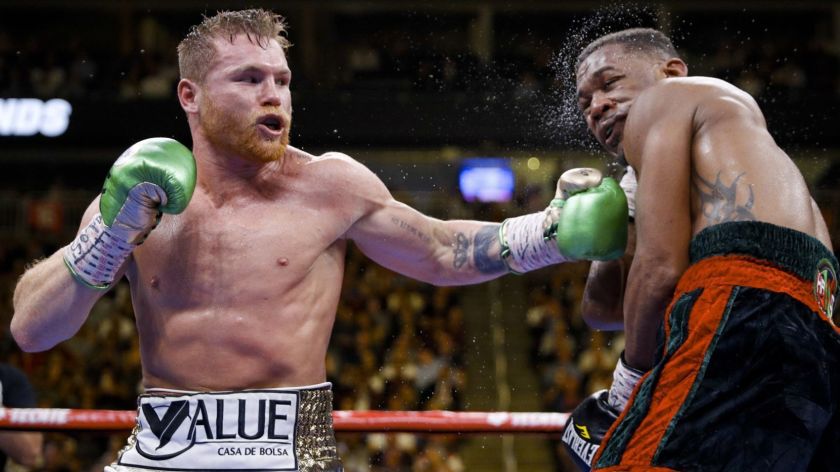 Boxing's biggest star has another accomplishment to add to his already impressive resume.

Canelo Alvarez was overwhelmingly selected by the Boxing Writers Association of America as the 2019 Fighter of the Year.

This is the first time that Alvarez has won BWAA Fighter of the Year. It also marks the first time in over three decades that a Mexican fighter was named BWAA's FOY, since Hall of Famer Julio Cesar Chavez Sr. got the nod in 1987.

Another special victory came from Alvarez's camp, as Eddy Reynoso was selected as Trainer of the Year. He became the second Mexican to earn the honor, joining Abel Sanchez, who was awarded as BWAA TOY in 2015.

“This is a great honor and privilege, and something that I’m very proud to accomplish,” Canelo said. “It’s something I’ve waited for a while to achieve. I’m so happy to be a part of history as the second Mexican to win this.

“I’m overwhelmed with the news that Eddy received Trainer of the Year. I’ve worked with Eddy since I was at a young age. All of the hard work and sacrifices got us to this point. I’m happy that we’ve accomplished this together.”

With the taste of victory no longer eluding him, Reynoso says he plans to keep on winning the award for as long as he can.

Hall of Fame trainer Freddie Roach, a seven-time recipient of the BWAA TOY award, has the most consecutive defenses of the title with three (2008-2011).

“I don’t have the words to express what this means to me,” Reynoso said. “We’re going to continue working hard to get this award for a few more years in the future, God willing.”