James Kirkland to returns against Hernandez 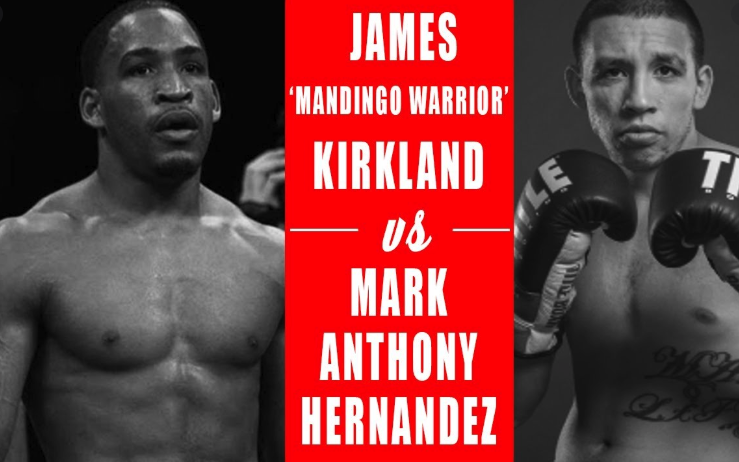 Kirkland, known as one of the best fan favorite action fighters returns this March against Mark Anthony Hernandez. The fight will headline a PBC Fight Night card that will air live on FS1 and Fox Deportes starting at 8pm ET. It will take place at the MGM National Harbor in Oxon Hill, Maryland on March 14th.

Most fans probably don't know that James Kirkland had a active 2019. Winning bought his bouts by KO against Colby Courter and Jas Phipps. Not exactly big name fighter for a guy like Kirkland. However he took three years off after his devastating knockout lost against Saul Alvarez back in 2015. Kirkland still holds an 83% knockout ratio. Sports betting is easy check out www.stoixima24.net and learn how to bet on boxing.

“I’m very excited to make the most of this opportunity,” said Kirkland, who is promoted by Davies Entertainment. “It’s truly a blessing to be back in the mix. I’m training hard and perfecting my craft like always. Look for me to bring fireworks on March 14.”

There really is not much to say about Hernandez. He is coming off a spilt against Kevin Newman II back in Nov of 2019, scores Kermit Bayless 73-79 | Max DeLuca 73-79 | Glenn Trowbridge 72-80. He started his pro boxing career after James Kirkland lost to Canelo.. if that puts things in perspective.

This fight for Kirkland should be no different than his two fights in 2019. Mark Anthony Hernandez carries a 16% knockout ratio with three losses. He started his boxing career in 2017 and really has no one on his resume. This will be a short night and its suppose to the a short night. This is to highlight that James Kirkland is back and he is ready to take on a bigger named fighter. But one thing we all know for certain is that whether win or lose, Kirkland is going to bring the electricity.

The action begins at 8:00 p.m. ET/5:00 p.m. PT and features unbeaten top prospect and 2016 Lithuanian Olympian Eimantas Stanionis taking on Justin DeLoach in the 10-round welterweight co-main event. More bouts are being schedule. Stay up to date on the upcoming schedule.

Tickets for the live event, which is promoted by TGB Promotions, are on sale now and can be purchased by visiting www.mgmnationalharbor.com/.