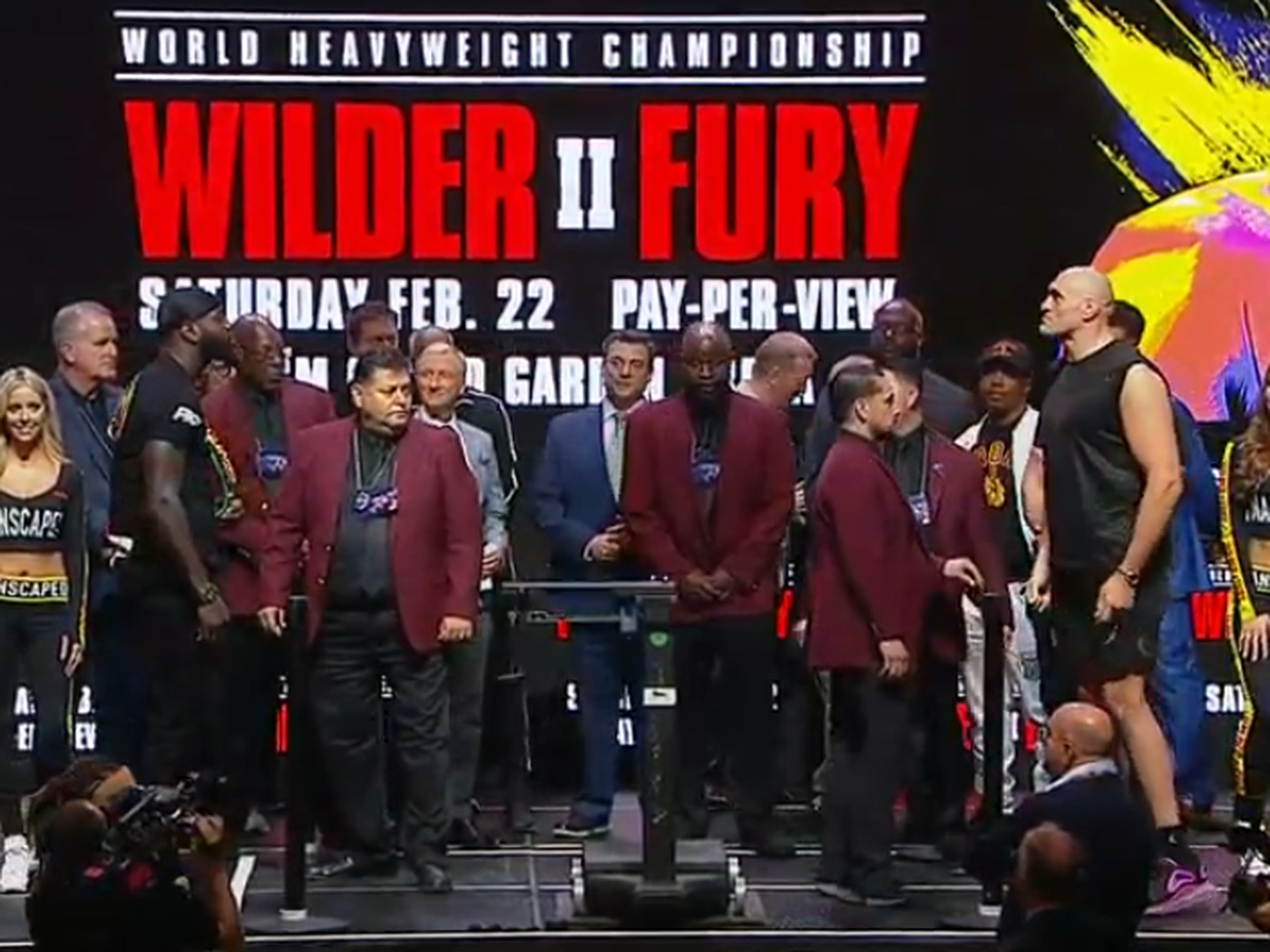 LAS VEGAS - Deontay Wilder and Tyson Fury are ready to go to war.

Wilder (40-0-1, 39 knockouts) and Fury (27-0-1, 19 KOs) will square off again Saturday night at the MGM Grand Garden Arena in Las Vegas after the conclusion of Friday's weigh-in, which came with a couple of surprises.

The 6-feet-7 Wilder came in at a career-high 231 pounds, while Fury, who is a whopping 6-feet-9 tipped the scales at 273 pounds -- three pounds lower than his own career high.

Fury, 31, focused much of his camp on weight training for his strength and conditioning for their 12-round rematch The leaner Wilder, 34, who has won all but two of his professional bouts by way of knockout, also put on an emphasis on bulking up.

Bob Bennett, the Nevada State Athletic Commission’s executive director, barred Wilder and Fury from participating in a traditional face-off after they weighed in because they pushed and shoved one another at Wednesday’s final pre-fight news conference. They instead had a long distance stare down and chat, while security personnel stood on both ends of the podium.

Wilder fought to a split draw in a classic heavyweight title fight on Dec. 1 at the Staples Center in Los Angeles. Fury outboxed Wilder for most of the fight, but Wilder scored two knockdowns, one in the ninth round, and a massive one in the 12th round. The second bout between the two warriors (ESPN-Fox PPV, 9 p.m. ET)

Other PPV bout weights below.