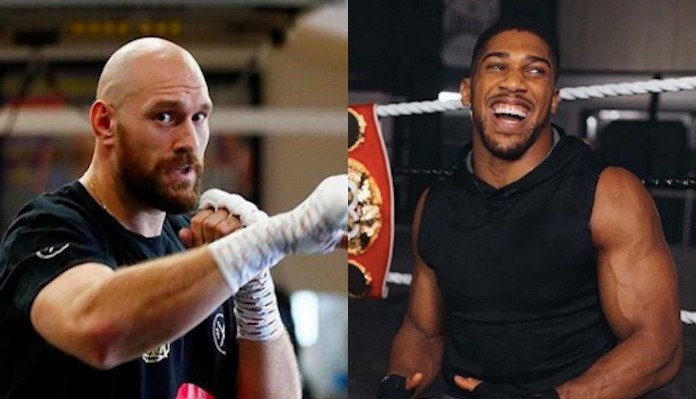 What a performance from this man last night. Congratulations @Tyson_Fury pic.twitter.com/4bkgS2DyrC

Bookmakers joined boxing fans in being impressed by the one-sided nature of Tyson Fury's dethroning of Deontay Wilder in their WBC heavyweight title rematch in Las Vegas.

Once again, all the hype during the fallout from this fight was about unifying the division somewhere down the line. An all-British bout between The Gypsy King and Anthony Joshua for all the gold is what everybody wants.

Whether boxing fans get what they wish for, and both camps involved and other interested parties can agree on a historic title unification match, remains to be seen.

Suppose all the politics surrounding this, the different federations who either have Joshua as champ or lineal titleholder Fury, are set aside for the good of the sport. Which British boxer would win and be able to call himself the undisputed champion?

The bookies have Fury down as a hot 1/2 betting favourite, according to the latest boxing odds for this dream bout. Joshua is 6/4 with bet365 to hand The Gypsy King a first-ever loss in the paid ranks.

This reflects the fact that Fury remains unbeaten. Granted, he has the asterisk of that draw from his first encounter with Wilder and the two knockdowns, but has since returned the favour in kind.

Before we even get to Fury v Joshua, there is going to be a third bout and a trilogy with Wilder. The Bronze Bomber has decided to exercise his option of a rematch that was in his contract for the last bout.

However, the comprehensive way in which Fury not only changed style, but destroyed Wilder should give the American's camp pause for thought. They threw in the towel in round seven after The Gypsy King twice floored their man.

There's a sense of symmetry to that, given what happened in the original bout. It produced a very different outcome and result of course. Wilder is 9/4 to win back the title, but Fury is odds-on at 1/3 for a third fight between the pair.

Seeing Joshua as an underdog on the strength of one blip when dropping the WBA, WBO, IBF and IBO belts to Andy Ruiz is dangerous. AJ put that embarrassing defeat to rights with a unanimous decision victory in their rematch out in Saudi Arabia before Christmas.

That doesn't detract from the appeal of this potential future Fury fight as a spectacle. If anything, a bump in the road for Joshua - just as the Gypsy King has experienced battles with personal issues - adds an extra dimension.

It's a great advert for British boxing having all the world titles around the waist of either man. The opportunity to have a super-fight of this magnitude is once in a generation.

All the ingredients - even the fact both boxers hail from different sides of the North-South divide in the UK are there. Manchester's Fury showed a willingness to adapt his style to overcome Wilder and you can say the same of Watford native Joshua in recent fights.

There are many compelling reasons why a unification of the heavyweight division should and needs to happen. It has all the makings of an era-defining classic.