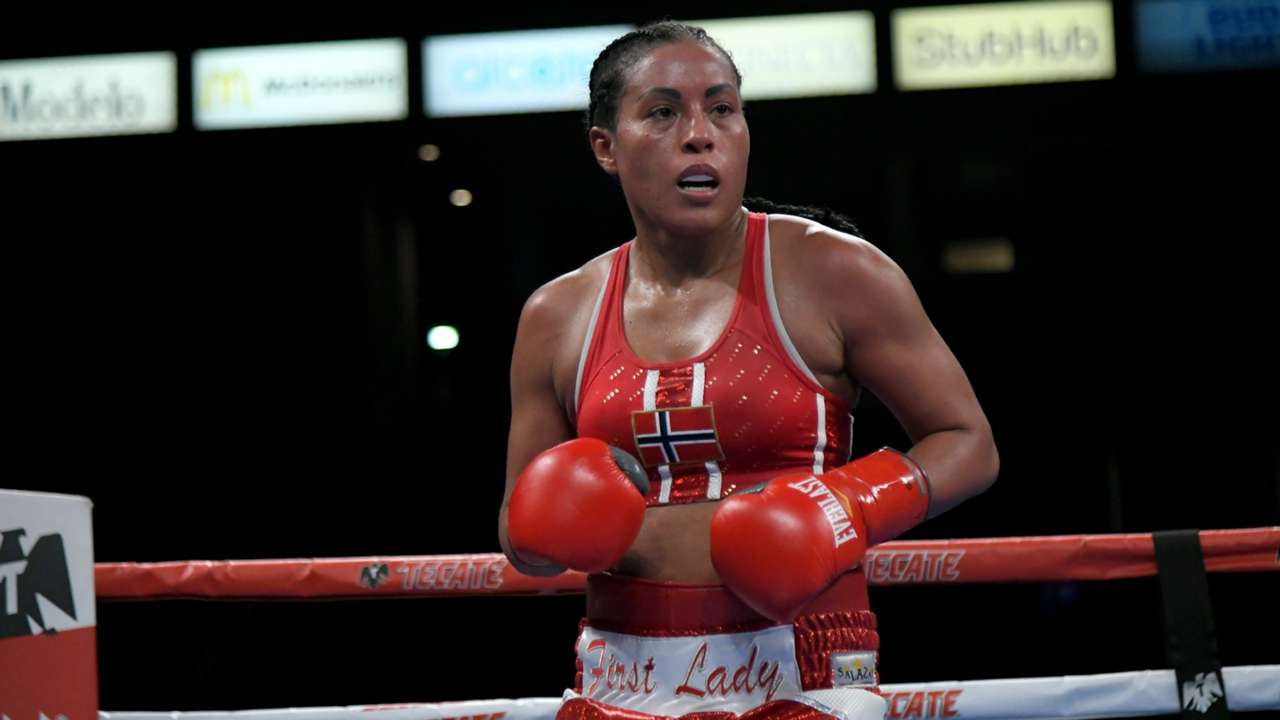 “I’m very excited to compete in the 154lb. division and want to fight all of the world champions,” said Braekhus, (36-2, 9 KO’s). “I fought for thirteen years as a welterweight with great success and now I’m looking for the biggest fights at 154,” said Braekhus following a training session under the watchful eye of Johnathon Banks.

“Looking at the best fighters at 154, I’d want to face the world champions; Hannah Rankin, Natasha Jonas or Marie-Eve Dicaire, there’s no time to waste and I’d happily fight them anywhere they wish.”

Since her last fight in March 2021, Braekhus has used her time wisely.

“The break has given me a chance to reset my career and truly focus on my goal of becoming a world champion at 154 and towards another undisputed status. I’m so glad to see all the work myself and others invested in women’s boxing and to watch the sport grow for so many girls,” stated Braekhus who worked tirelessly for over seven years to lift the professional boxing ban in her native Norway.

Upon the ban being lifted in Norway, Braekhus defended her undisputed status four times (2016-2017) in her native country with each event drawing capacity crowds of over 10,000 fans and garnering record-setting broadcast ratings.

Braekhus truly shattered the glass ceiling for women’s boxing in 2017, fighting in the first women’s fight broadcast by HBO from Los Angeles, CA. Her victory over top rated challenger Kali Reis was watched in the United States by 904,000 viewers.