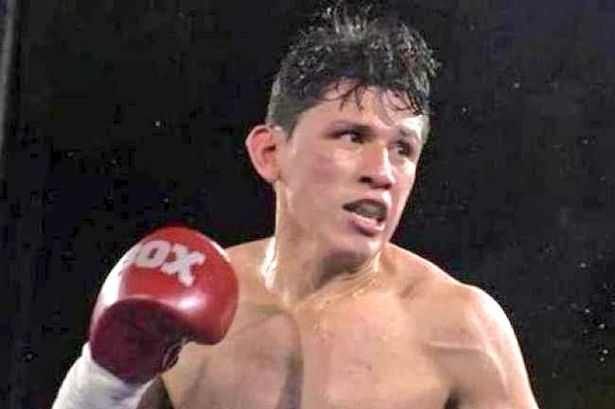 Luis Quinones died Thursday evening, five days after being hospitalized after a knockout loss to Jose Munoz at Coliseo Elias Chegwin in Barranquilla, Colombia. He was 25.

"You went ahead of us my loving brother, now you are with your heavenly father, whom you adored and served, I love you my brother Luis Quinones, forever and ever in our hearts," he wrote. wrote.

Cuadrilatero Boxing, the card promoter, released a statement on social media stating: "Cuadrilatero Boxing is deeply saddened by the death of Luis Quinones, an exceptional and disciplined human being, who always showed the greatest commitment to this sport. Luis was passionate about boxing, so much so that he left his hometown of Barrancabermeja to continue his career in Barranquilla and become a national athlete. His idol was Julio Cesar Chavez."

Quinones, a 140-pounder, was declared brain-dead on Thursday, but was still connected to a respirator until his passing.

Quinones and Munoz engaged in an action-packed fight. But in the eighth round, it appeared Quinones was on wobbly legs and not in condition to continue. The referee, however, allowed the fight to go on. Moments later, tragedy struck as Quinones (10-1, 6 KOs) was knocked out for the count. Medical personnel arrived on scene and put Quinones on a stretcher and transported him to the hospital, where he later passed.