Get down with the boxing lingo! 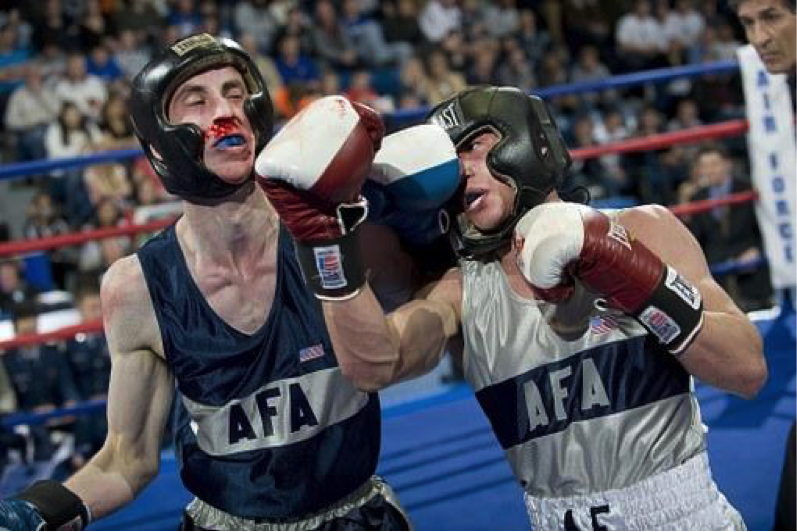 In boxing, this term refers to one fighter being forced against one of the four ropes of the boxing ring. It has been transferred into general English usage and literally means, to be at the edge of defeat or in serious trouble. E.g “ I placed a bet on Ramon Gonzalez but he is really on the ropes in this round”.

Well, we all know what this means! When one fighter knocks out the other, the fight is pretty much over! In common usage it has come to mean someone who is very attractive or noticeable- in the sense that the affect they would have on someone would be to knock them out! Did you also know that the use of the word ‘knock’ can be traced back to Shakespearean times? E.G “I put $50 on him to win and it was a total knockout!”

Throw in the towel

In boxing, a fighter will throw in his towel when he concedes to defeat. In more mainstream usage it has come to mean when someone gives up or decides not to proceed, they are also “throwing in the towel”. E.G “ I might have lost my bet on this round but I am not throwing in the towel yet!”

Saved by the bell

As well as being the name of an early 90’s cult television show, this phrase refers to the bell rung to signal the end of a particular round. This also means that you were saved just in time, for something undesirable or negative! E.G. “ I managed to log on just in time to place my free bet, I was saved by the bell!”

Roll with the punches

When a fighter or boxer is said to “roll with the punches” it refers to the manner in which they move their body away from their opponent whilst they are being hit and therefore lessening the impact. In general usage it means you just roll with things! E.G “I might have lost that bet, but I have a good feeling about the next one- I’m just gonna roll with the punches!”

These are just a few of the boxing and fighting terms that have made their way into our everyday lexicon. I don’t know about you, but I didn’t even realise that some of the terms I used on a daily basis have their origins in boxing! Now that you know, you can go and spread your new found knowledge, far and wide next time you nip down to the bookies or log onto an online sportsbook to place a bet on your favourite boxer!