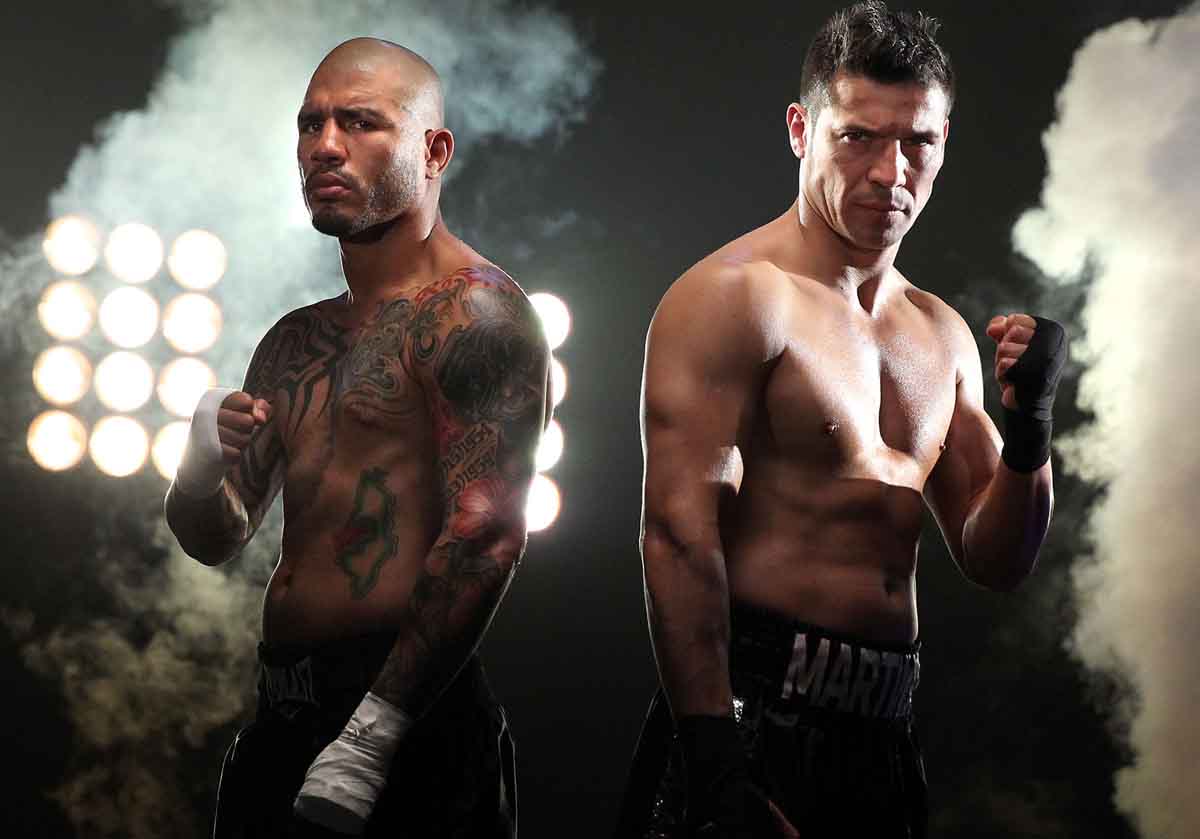 Another big fight, and another big prediction. This Saturday night we have Miguel Cotto taking on Sergio Martinez for the WBC middleweight championship of the world. It will be Cotto’s first fight at 160, and history can be made should he prevail Saturday night. Martinez is bigger, Martinez is faster, and he’s the stronger fighter. In the prime of Sergio Martinez most people would say he would have beat Cotto easily, but with injuries and inactivity plaguing the last two years of his career, some are wondering if Martinez’s time is up. Let’s break it down, and give a final prediction as to how this fight plays out and ends.

Sergio Martinez comes in as the bigger man. He’s a tall southpaw that moves well, throws fast, and has some heavy punches. Martinez has a tendency to keep his hands at his waste for nearly the entire fight as he moves from side to side, throwing quick combos, and backing up to make sure he’s clear of any counter shots. This is going to work flawless against Cotto at first, who is much smaller and is going to have to get on the inside of Martinez to have any chance at winning this fight. Cotto will look to drill the body with hard left hooks and wear down Martinez so that he can stop him from moving. The left hook is a good punch to land against southpaws so Cotto could have some success landing it.

I expect the first couple rounds to go to Martinez as he moves away, using his height and counter punching combos to keep Cotto away from him as he backs up. If there is one punch that hardly anyone ever lands on Martinez it’s the jab. Only Paul Williams, a 6’1 tall southpaw has ever been able to land good jabs on Martinez in the past few years. It’s unwise to abandon the jab totally in any fight so Cotto should just use it has a set up punch by throwing it to the body. Against southpaws, the straight right hand, left hook follow up is the combo to look for. Cotto does it well but it’s harder to land against someone that moves as much as Martinez does.  He’s going to have to be patient, and lose the first couple rounds without getting hit to much trying to get in. Cotto is also going to have to have endurance down the stretch.

After six rounds, if Cotto has managed to not take to much punishment at the hands of Martinez, this fight is going to get interesting. Martinez is hurt. There is no denying that. His knee is going to start hurting as this fight wears on. If Cotto lands some good body shots early in this fight he can also get Martinez tired heading down the stretch. Martinez is no stranger to hitting the canvas either. He’s been knocked down in his last three fights. The only difference is those guys were all legit middleweight fighters. This is Cotto’s first fight at middleweight so his power may not be there. If Martinez gets tired later on in the fight Cotto is going to have success getting on the inside. He’ll be able to bang Martinez to the body and head if he can keep the endurance up. He may even be able to knock him out. Martinez isn’t the fighter he used to be so he is more vulnerable. Cotto is going to have to work hard but he may be able to pull off the upset late in this fight.

When this fight was first signed I felt that Martinez was in trouble. Cotto under Freddie Roach is a better fighter and Martinez hasn’t been as good as he’s been mainly due to injuries. But when you look at the styles of this fight, everything is wrong for Miguel Cotto. A taller, southpaw who can move is a very hard fighter to beat. I think Cotto is going to try to get on the inside all night long but he will take punishment trying too. Martinez averages 60-80 punches per round in fights that he dominates. If he can get that off on Cotto he will win easily. If he can’t, then this could be Cotto’s night to shine. I think the size, power, and movement will be the key to Martinez winning this fight. I think he does. Unless Roach has a master plan to break down Martinez without allowing Cotto to take to much damage, I’m going with Martinez.