Mayweather-Maidana II: What To Expect This Time Around 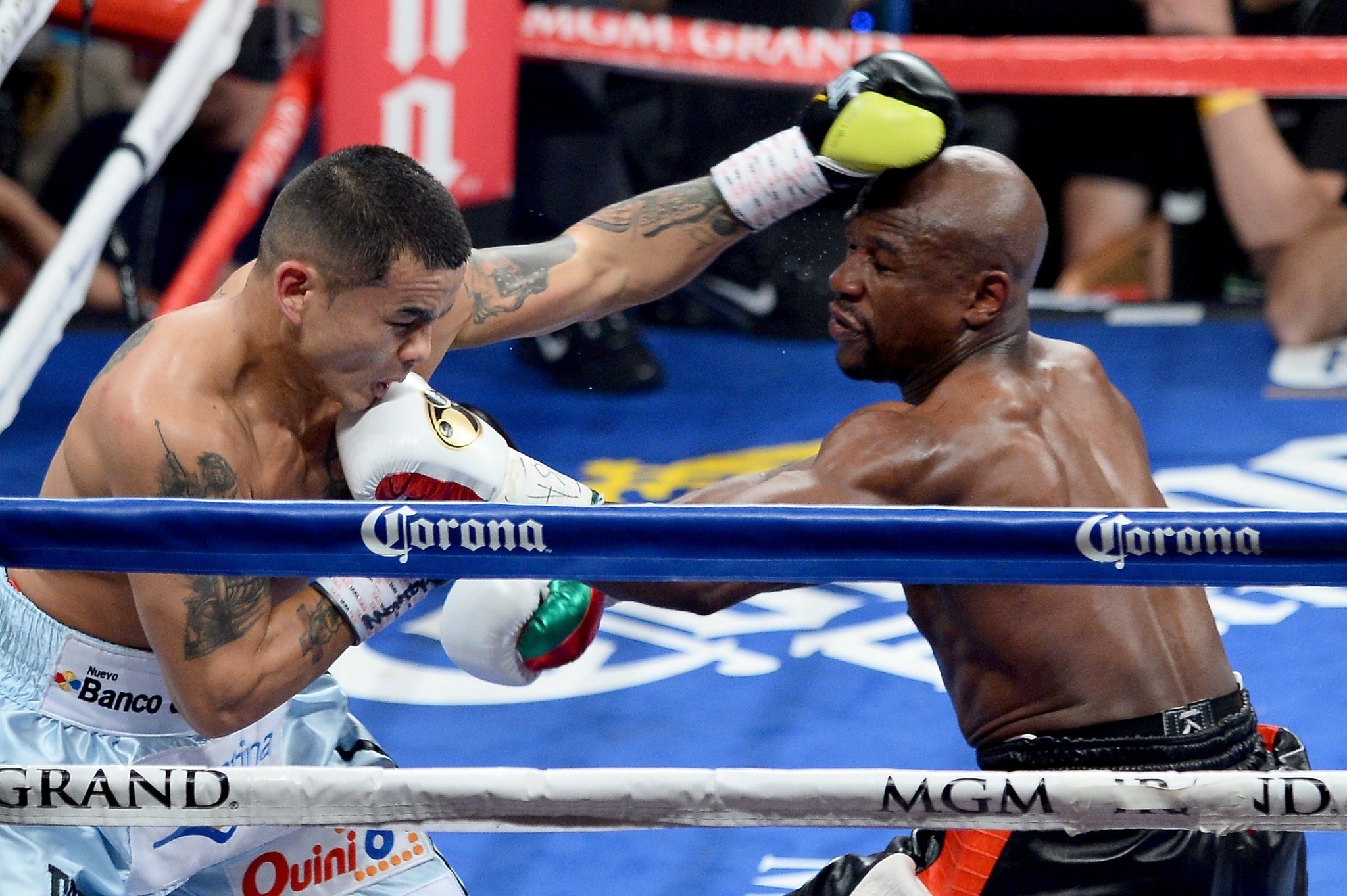 At the BET awards the other night Floyd Mayweather announced that he would be fighting Marcos Maidana on September 13th to fulfill his 4th fight of his scheduled six fight contract with Showtime. After Lace Up Boxing posted the video on Twitter, team Maidana said that negotiations were still on going but that the fight was being discussed and could be done as early as next week.

It is probably safe to say that this fight will happen. When it comes to fighting Mayweather, what Mayweather wants he gets.  Maidana is itching to get Mayweather back in the ring so that he can avenge a very close defeat, meaning he will sign just about anything to get the rematch.

Rematches and sequels always do things different the second time around. There is no exception here. So what do we expect to see differently this time around when Mayweather and Maidana get into the ring? Here is just a few things that will likely change:

The fight probably doesn’t need a press tour but it’s going to get one anyways. Maybe a smaller one, a few cities just to promote the rematch. The first fight generated only an estimated 850k-900k PPV buys. They need to do better this time and they will attempt it. There are a lot of people that missed the first fight and I believe the excitement of the first fight will make more people tune in this time. Whether or not it can draw the numbers they want, around the 1.2 million buy range, remains to be seen though. It’s hard to tell how people will react to it considering it’s the fifth PPV event of the year. Also, expect by the time the fight rolls around there will be scheduled PPV’s up to the end of the year including that of Pacquiao, Cotto, Canelo, and Chavez Jr. This could be a hard sell yet again.

Showtime Executive Stephen Espinoza called the first undercard “The most expensive undercard of all time.” I didn’t add up the numbers up but if true then I doubt we see that again. That’s not to say that the undercard won’t be good. If guys like Broner and Thurman end up on it that could make for an exciting undercard depending on the match-up but they won’t be dishing out the same amount of money that they did the first time around where Khan made $1.5 million and Broner made over $1 million as well. A good undercard can be made with some good names without having to dish out that type of money and that’s what will be done.

Mayweather will pick the type of gloves Maidana can choose from in the contract and that will be the end of that.

Mayweather was as high as a 14-1 favorite but fell to around 10-1, 12-1 before the fight. I think this time will see him at -600, which means around 6-1. More people will be betting on Maidana thinking that this time around he may do something different to fluster and beat Floyd.

Mayweather complained that referee Tony Weeks allowed Maidana to get away with too much in the first fight. Maidana roughed Floyd up, landing some questionable blows in the thighs and behind the head. This time around expect a referee that will take away points from Maidana every chance he gets. The roughhouse tactic is not going to work as they will no doubt get a referee that favors Mayweather’s style of fighting and not Maidana’s.

It’s hard to imagine Maidana in a boring fight. He pressures and punches. That’s his style and because of that fans love him. This time though I don’t see him having the same success against Floyd. Mayweather figured Maidana out in the second part of that fight. He knew how to get off the ropes, and how to fight Maidana with his back on them. Floyd will know what to do this time when Maidana jumps at him. This fight can get ugly with tons of holding. I expect a different type of fight that favors Floyd by a bigger margin this time.