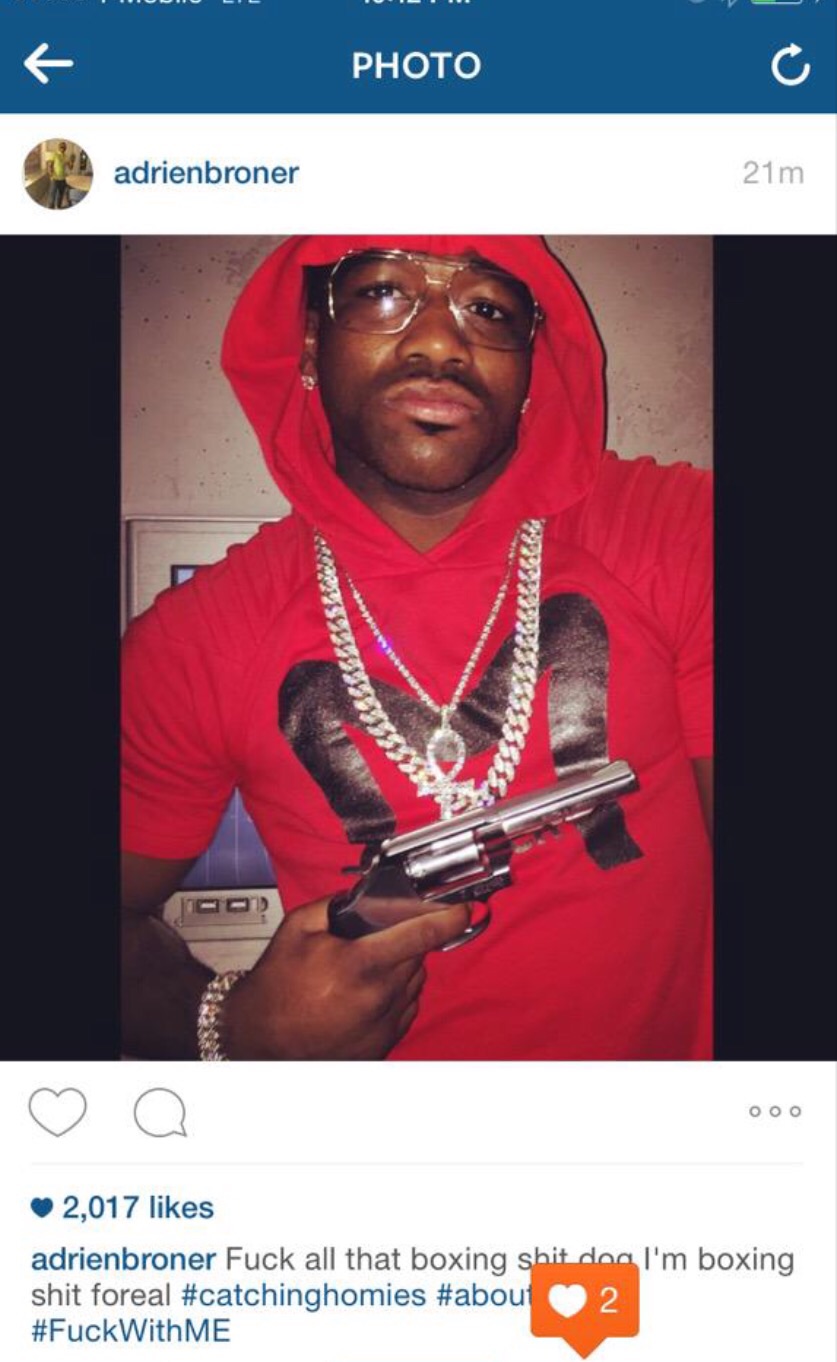 Things just keep going downhill for former world champion Adrien Broner. After getting defeated soundly by Shawn Porter Saturday night on PBC on NBC Broner was out partying immediately following the fight. Rumors began to swirl that Broner was spending the entire week before the fight partying and going out. There was also talk that Shawn Porter's rehydration clause limit was scratched because Broner wasn't going to be able to maintain his next day weight. On Monday, Broner posted a photo of him holding a gun with the quote.

Al Haymon's new series is trying to portray boxing in a new light. He has dressed his fighter's up in suits and even had them coming out to the same Hans Zimmer music before quickly allowing his fighter's to come out to their own. One has to wonder if Haymon will want to keep an uncontrolled Broner on his roster of fighters.