Robert Easter Jr: It's Time To Collect All Them Belts 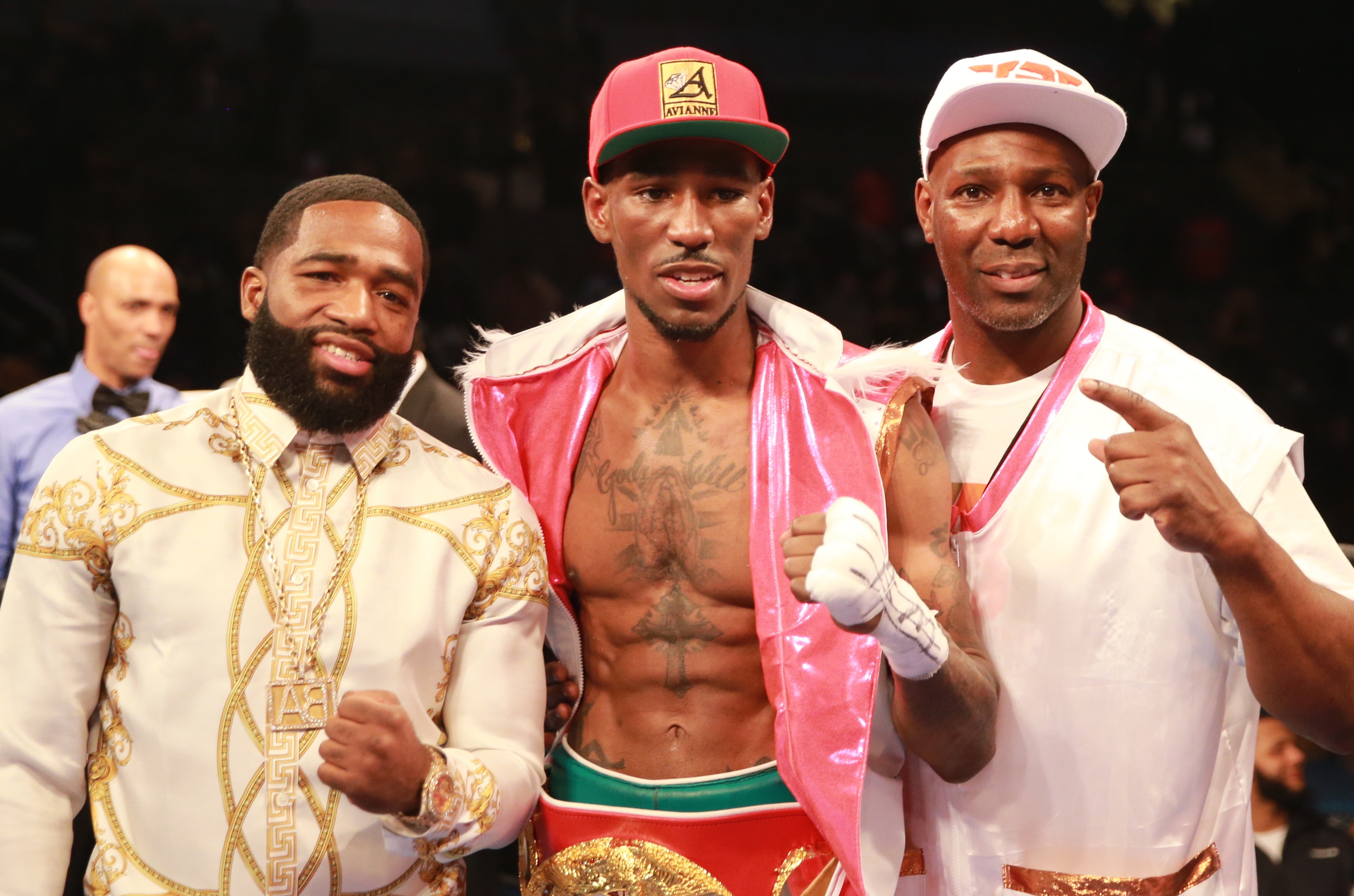 TOLEDO--Robert Easter Jr. had to stop himself short of calling out the entire lightweight division until after he was able to move past his lightweight title defense versus Luis Cruz. The unbeaten 26-year old is confident of beating anyone in the world in or around his weight class, but at the same time didn't want to lend any suggestion of looking past his opponent.

The level of respect was right in line with his embodying his Toledo, Ohio hometown, which translated well at the box office as he fought in front of a near-capacity crowd Friday evening at the Huntington Center. More than 8,700 fans poured into the venue to watch Easter Jr. score three knockdowns en route to a landslide decision victory in the Bounce TV-aired main event, after which he was able to set his sights on the future.

"It's time to collect all them belts," Easter (19-0, 14KOs) told FightNights.com after his latest victory. "All them other lightweights with a belt - Mikey Garcia, Terry Flanagan, Jorge Linares - they're all on my radar."

Whereas most boxers at the title level insist it's not their job to call out potential future opponents, Easter Jr. clearly has no problem naming names. His hit list includes arguably the best three lightweights in the world aside from himself. Another top-rated contender waits in the wings, as Denis Shafikov presently serves as his mandatory challenger.

Sanctioning bodies will consider unification bouts as an acceptable alternative to mandatory obligations, but either way in fighting early enough in the year there is time for the rising star to pursue all of the fights on his hit list. While it's not guaranteed that every fight can take place at home, Easter Jr. at least provided a grand opportunity for more to come in a town that openly welcomed its first ever world title fight.

"You saw (Friday night( in the ring and the crowd that came, I'm a superstar," Easter Jr. insists. "Those other guys I mentioned, they got the belts but they ain't got the following I do. You saw all the love in here. Toledo is now a fight town, and my city will come out in full force for anyone who wants to step into the ring with me.

"I know I'm the best lightweight in the world and now it's time to collect all my prizes."