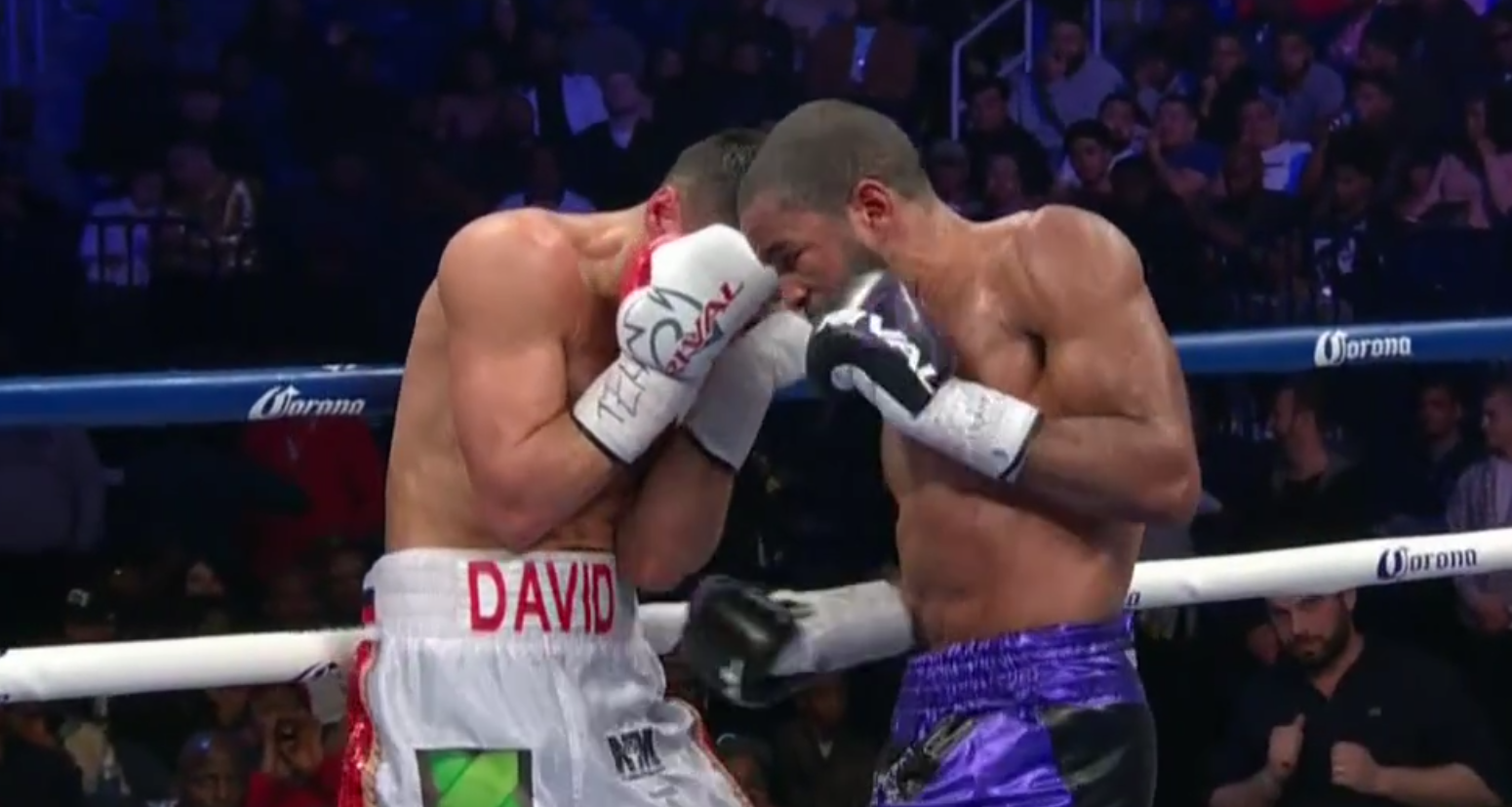 A mere 16 months later, Lamont Peterson not only returned to the ring but also the title picture.

The DC-based welterweight became a two-division titlist following a hard-fought unanimous decision victory over David Avanesyan in their grueling 12-round war Saturday evening at Cintas Center in Cincinnati, Ohio. Scores were 116-112 (twice) and 115-113 in favor of Peterson, a former 140 lb. titlist who came up big in his first fight at the full welterweight limit.

Less concerning than the weight was how Peterson would react to realtime ring action for the first time since a disputed 12-round win over Felix Diaz way back in Oct. '15. The consummate gym rat seem none too worried about ring rust or any other variable.

"I was expecting to pick up where I left off," Peterson told Showtime's Jim Grey after his title-winning effort. "Sixteen months may seem like a long time, but if you keep in the gym and you're still working on your craft, it's not a long time."

The rough and tumble 12-round pace would have seemed like an eternity for most other boxers on this particular night. Peterson never seemed to tire, nor did Avanesyan seem to mind going punch for punch. The end was a high-contact affair, although not a traditional action fight in that it lacked dramatic momentum shifts to keep the crowd properly engaged.

Peterson targeted the body throughout the night, dictating the tempo and outworking his visiting Russian foe. The question was whether his inside work would be properly reflected on the scorecards, as most viewers seem to have the 33-year old winning by a wider margin than was the case with the three official judges.

What mattered most in the end, though, wasn't the size of the lead, but that his hand was raised in victory.

"I expected to put pressure on him the way I did," said Peterson (35-3-1, 17KOs), who served as a super lightweight titlist for more than three years before vacating in 2015. "I didn't think he would come back and fight at times as hard as he did. He showed up and showed why he's a champion and why he belongs on this level."

Avanesyan showed it in the most notable bout of his career, a 12-round nod over faded former three-division champion Shane Mosley last May in Glendale, Arizona. The 28-year old shone in his U.S. debut, but was able to do so by outworking his elder statesman on that night.

There was no such luck against Peterson, although Avanesyan refused to go down without a fight. He was able to fill the gaps on the rare moments where Peterson opted to slow down just enough to come up for air, thus creating the tighter margin on the cards. However, he ultimately remained a step behind and a punch or two short of extending his title reign or his 22-fight unbeaten streak as he falls to 22-2-1 (11KOs).

With the win, Peterson is now in line for a shot at the winner of the March 4 unification bout between unbeaten titlists Keith Thurman and Danny Garcia at the Barclays Center in Brooklyn, New York. Garcia claimed a narrow points win over Peterson in their NBC-televised non-title affair in April '15, a bout that saw both boxers vacate their respective 140-pound titles.

The Peterson-Avanesyan scrap served as the chief support of a televised tripleheader which aired live on Showtime and also streamed live on Twitter, rhe latter a first for a major boxing event.