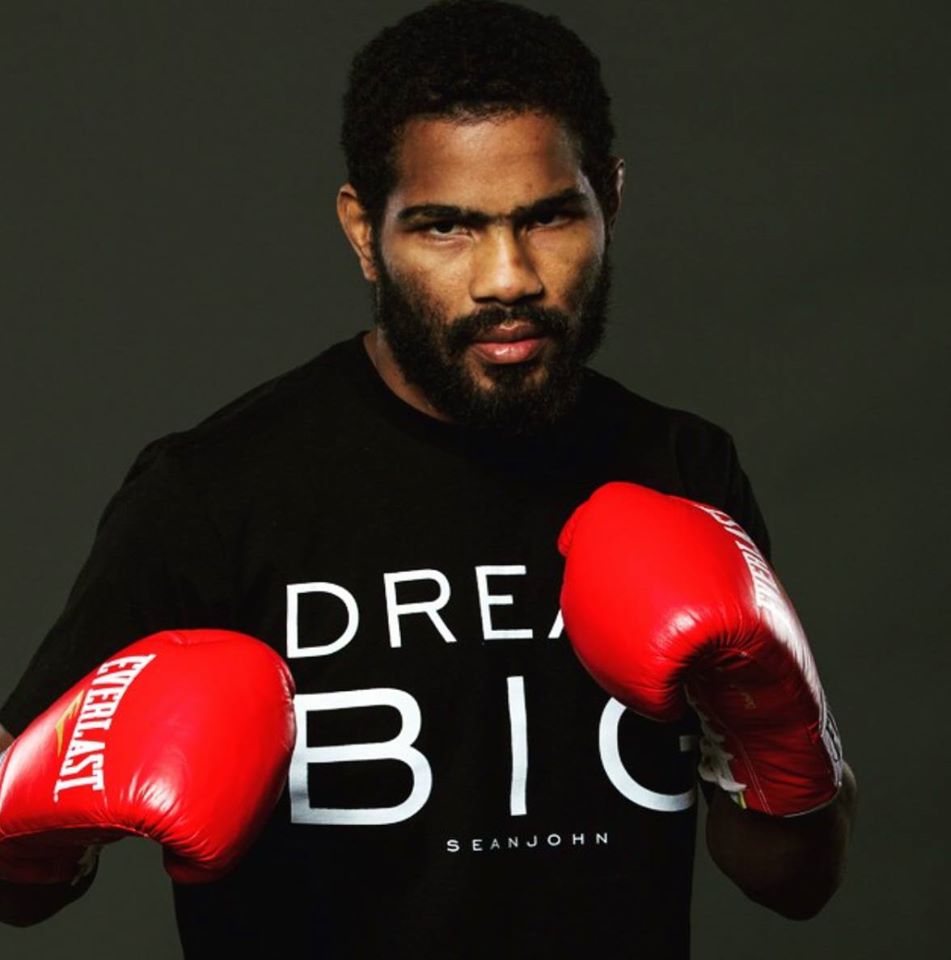 Felix Diaz can only shake his head at what he continues to read without having directly spoken to anyone in the media.

The 2008 Olympic Gold medalist representing his native Dominican Republic and current 140- and 147-pound contender has seen his name in headlines as the leading candidate to land a prime assignment versus World super lightweight champion Terence Crawford. Lately, however, he has also seen his name attached to false rumors of his having turned down such an assignment due to issues with the purse offer attached to said opportunity.

"I want to put this out there, I have not in any way turned down the fight or any offer that has been made to me," Diaz (19-1, 9KOs) told FightNights.com. "The fight is still being negotiated and any stories that I've turned it down are BULLSHIT - put it in capital letters to know I'm saying loud it's BULLSHIT.

Current talks have Crawford - whether versus Diaz or anyone else - eyeing a May 20 return, possibly at the Prudential Center in Newark, New Jersey. There were initial talks of his returning to his Omaha, Nebraska hometown, but that has been ruled out. Should Diaz land the assignment on that date and in that location, he will be the one with a hometown advantage of sorts, with the site - one of several in the mix, with nothing at all confirmed - barely an hour from his Bronx residence.

Diaz has sought a big fight ever since posting the most impressive win of his career, a 10-round decision over previously unbeaten Sammy Vasquez in a move up to welterweight last July in Birmingham, Alabama. The bout aired nationwide in primetime on Fox TV, but viewers saw him once again have to deal with officiating issues on a free-to-air network before having his hand raised.

Nine months after landing on the wrong end of a controversial split decision loss to Lamont Peterson in Oct. '15, Diaz was initially forced to deal with the reality that a schooling of Vasquez was somehow deemed a majority draw by the judges at ringside. A scoring error eventually righted the ship, with the now-33-year old earning a unanimous decision.

From there came the decision to ink a promotional pact with Lou DiBella, adding to a team that included adviser Al Haymon and manager Jose Nunez. In search of a big opportunity, Diaz immediately volunteered his services once word came out of Crawford being granted a surprise HBO date last December 10.

Aside from a text to his manager from a high-ranking Top Rank team asking if he could get back down to 140-pounds, Diaz was never even given the chance to field an offer.

"I basically signed a blank check to fight this guy last year," Diaz said, wanting the fight regardless of the payday that came with it. "There wasn't even a dollar amount to accept. They skipped right over me and went after someone they could beat on."

That someone was John Molina Jr., whose team was paid $400,000 for his services. The Californian came in overweight and wasn't remotely competitive in suffering a one-sided knockout loss in Crawford's hometown of Omaha, Nebraska.

The payday that came with that fight became a point of contention with those negotiating on Diaz' behalf for a potential Crawford fight this spring. The offer was less - but with good reason.

Crawford was given the date after the originally intended occupant, Saul 'Canelo' Alvarez withdrew due to injury. As HBO had set aside a significant portion of its remaining 2016 budget for separate HBO appearances by Alvarez and Gennady Golovkin, money was freed up when neither wound up fighting on the pay-cable network last December.

As is the case with television budgets, all allocated funds must be used up by the end of the fiscal year as they cannot be carried over. In other words, use it or lose it - and in this case, HBO was able to perhaps overpay for the Crawford-Molina fight in addition to its investment in two other shows around that time frame (November 26 and December 17).

"DiBella raised concern that there was more money to be made for this fight than what was offered," Diaz reveals. "He would like to get $375,000 for the fight - $50,000 more which is very fair. But I - through my manager Jose Nunez - made it clear in no uncertain terms that my team has orders to make the Crawford fight happen."

The issue was never that Top Rank made a lowball offer as initially believed by Diaz' team or that HBO is being stingy with the budget. Rather, the holdup is Diaz' handlers displeasure in how such a payday would be divided up as everyone is expecting a slice - too many cooks ruining a good meal, should this one not make it to the table.

Sadly, that seems to be the latest reality, as Top Rank is strongly considering a move to open up talks with Adrian Granados. The timing is perfect, as the Chicago-bred slugger was valiant in defeat in a narrow points loss to Adrien Broner just one week ago in Cincinnati. The takeaway from the Showtime-televised main event was that Granados looked better in defeat than Broner - a former four-division champ who forced a late weight-change to welterweight for this fight - looked in victory.

From a business perspective, it's understandable why Top Rank would want to travel down such a path. From a scorecard standpoint, however, Diaz can't help but chuckle at the irony.

"The plan is to replace me with a guy who is not just coming off of a lose to Broner, but who I already beat," points out Diaz, referring to his Nov. '14 points win over the career-long gatekeeper. "All due respect to Granados, he fought his heart out, and yeah of course he wants the paydays. But I beat him, I have Olympic pedigree and I'm the best option that Terence Crawford has right now.

He just needs for everyone on his team to understand the importance of not allowing talks to break down.

"I can't repeat this enough; I want this fight," Diaz reiterates. "I know the offer that was made to us. I want this fight, I have not rejected any offer and I am ready to go, whether it's May 20 or any other date.