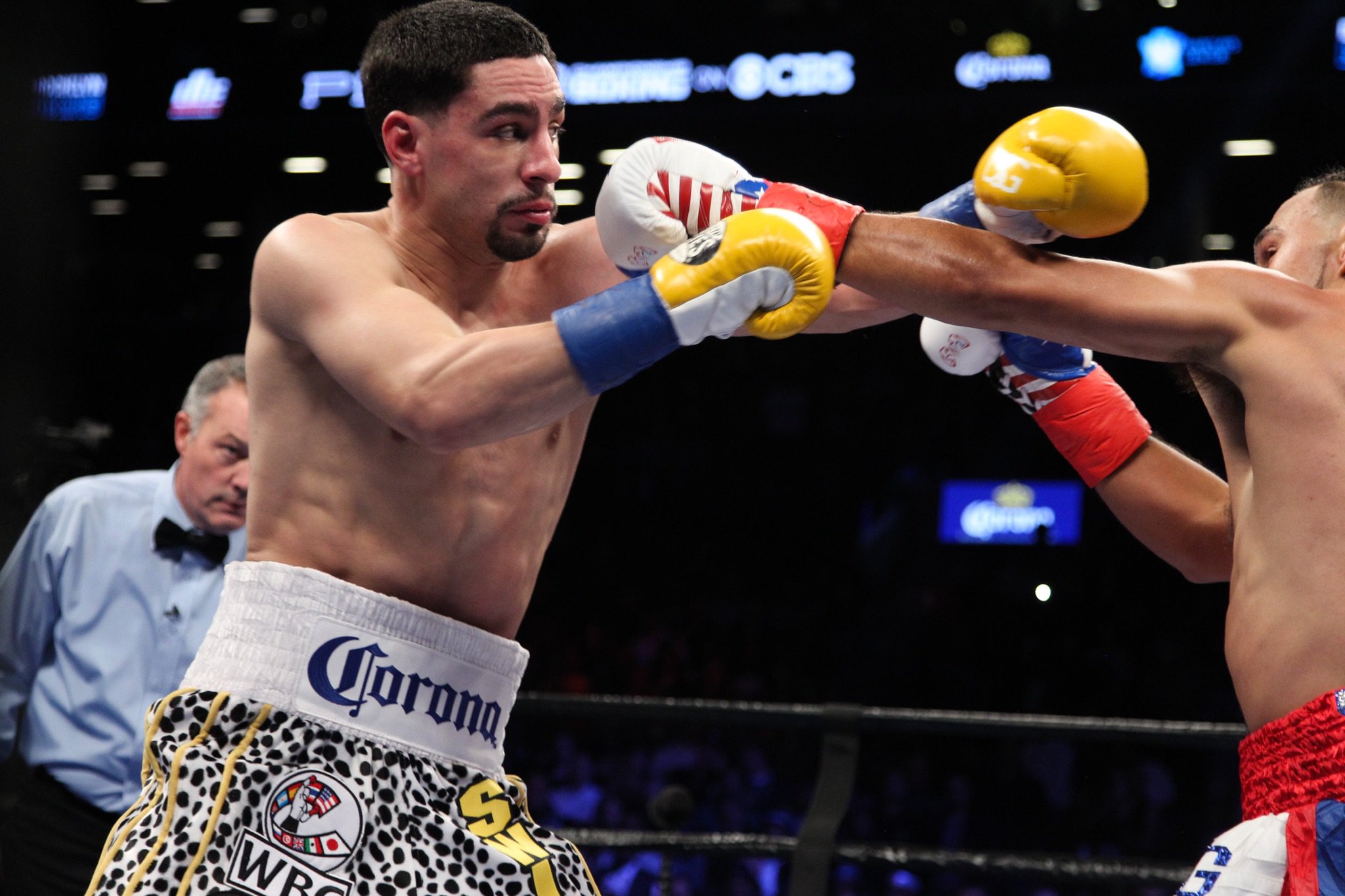 The most anticipated matchup of the early 2017 schedule is finally upon us. Danny Garcia and Keith Thurman collide in a battle unbeaten welterweight titlists - just the third such scenario in the history of the storied division. Their battle headlines live in primetime on CBS from Barclays Center in Brooklyn, New York.

Round 1: Both boxers force a torrid pace right out the gate. Thurman is far more aggressive than in recent past, undoubtedly motivated by his genuine disdain for his opponent. Cool and poised, Garcia creates distance and boxes wisely while offering Thurman angles. He failed to land the necessary equalizer to keep the Floridian at bay, however, and Thurman makes him pay in a big way. A series of right hand bombs has Garcia briefly stunned, with Thurman riding momentum to the closing bell.

Round 2: Thurman picks up where he left off, but Garcia is wise to the game and puts his (arguably) superior pure boxing skills to good use. Judges are forced to choose between Garcia's cleaner and more steady attack and Thurman's glossier punches, the latter possibly stealing the round with a shoeshine in the closing seconds.

Round 3: Garcia's claim to fame is constantly being slept on yet always finding a way to win. Thurman enjoyed big moments in the opening two rounds but was thoroughly outboxed - and outfought - in these three minutes. Thurman was wide with his punches, playing directly into Garcia's attack as he landed right hands upstairs and a tide-turning left hook to the body.

Round 4: Thurman regains control of the fight, as Garcia struggles to keep his harder-hitting foe at a desired distance. Boxing from the Philly native not getting the job done in this round, as Thurman crisper with his punches and forcing Garcia to stop punching on several occasions.

Round 5: Garcia remains in the pocket, attempting to get Thurman to miss wildly and then counter with a straight right or left hook upstairs. It's a risky tactic, but one that works better in the second half of the round. Thurman tries to work behind his jab, but just too tempted to turn a boxing match into a slugfest. Both fighters have their say at the end of the round, landing in combination upstairs.

Round 6: Another close round, but one where roles have reversed. Garcia serves as the aggressor for the first time in the fight, while Thurman offers lateral movement in looking to land from the outside. Not much to choose from in the first two minutes, but Garcia has the stronger finish down the stretch as Thurman fails to set up his power shots with his jab, a flaw of which trainer Dan Birmingham reminds him in between rounds.

Round 7: Thurman is the busier of the two, but not necessarily the more effective. Garcia threw and landed more punches than Thurman in the previous round, but uses this frame to showcase his head movement and infighting ability. It's likely not enough to sway the judges but Thurman struggling to land his punches and pin down Garcia.

Round 8: Action slows, to the dismay of the crowd as the boos begin to surface. Garcia remaining in the pocket and showcasing stellar defensive abilities, but is still being outworked and likely giving away rounds in the eyes of the judges who tend to favor aggression (effective or otherwise).

Round 9: More boos, but Thurman briefly brings the crowd back to life with a spill of power punches. Most of them miss, but he gets through a couple of left hooks and a right uppercut that momentarily shuts down Garcia's movement and forces him to alter his strategy.

Round 10: Controversy seems to be creeping closer and closer in as the bout appears destined to go to the scorecards. Thurman employing Birmingham's gameplan, boxing smartly and not wasting any punches. Garcia also wisely picking his shots, waits out a 30-second drill from Thurman to land some body shots along the way and a clean left hook upstairs just before the bell.

Round 11: Strangely little happening in a fight where Thurman can't afford to give judges any reason to steal it and where Garcia appears to be hopelessly behind. Not much to choose from, as Garcia slightly busier while Thurman's lateral movement causes him fits.

Round 12: Garcia finally opens up his attack, but his inability to cut off the ring was his biggest hindrance tonight, Thurman took a risk in strictly boxing down the stretch, as history has proven no lead is ever too safe. Garcia lands a series of body shots along the ropes in the final minute - perhaps enough to win the round, but needed so much more to overcome the early deficit in the court of public opinion.