Shawn Porter vs. Andre Berto: The Next Best Case Scenario 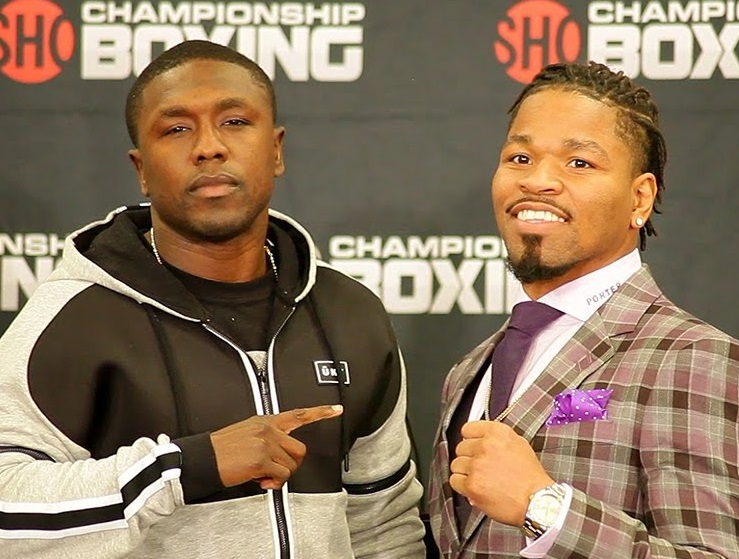 You couldn't help but wonder what went through the minds of Shawn Porter and Andre Berto as they took in the welterweight title unification clash between Keith Thurman and Danny Garcia at Barclays Center in Brooklyn, New York. Both were hopeful of engaging in their own separate clashes with the evening's participants at earlier points, but instead wound up moving on to the next best case scenario - each other.

The pair of welterweight titlists will collide April 22 at the Barclays Center, with the title eliminator to air live on Showtime it was announced Saturday evening. The winner will become one of two mandatory challengers waiting in the wings for Thurman, who took a 12-round split decision over Garcia in the CBS-primetime televised affair Saturday evening.

Saturday's main event came about for a variety of reasons, though ultimately at the expense of the aforementioned former titlists. Porter had been angling for a rematch with Thurman ever since coming up just short in their 12-round thriller last June, which sadly also marks the last time he has appeared in the ring.

Berto has been out of the ring since a revenge-fueled 4th round knockout of Victor Ortiz in their rematch last April, to atone for his first career loss - and the end of his title reign - in April '11. The win was to put him in line for a title shot, specifically Garcia whom the compact Floridian - who represented Haiti in the 2004 Athens Olympics - was led to believe he would face last fall. A fast one was pulled on him, however, as Garcia wound up taking on no-hoper Samuel Vargas in a non-title fight, while Berto was left with just one fight in 2016 and now a year's worth of inactivity come fight night.

Neither boxer has been a model for ring frequency in recent times. Porter's narrow loss to Thurman - which will be 10 months ago come fight night - came exactly 53 weeks after his hard-fought points win over Adrien Broner in June '15.

An inability both to land the desired opponent of choice or a stay-busy fight in the interim served as motivation for both to look to one another for their next big payday.

"Obviously there was no rematch (with Thurman)," Porter (26-2-1, 16KOs) - a welterweight titlist from Dec. '13-Aug. '14 - noted to CBS' Brian Custer during Saturday's telecast. "We waited a while. There was a fight waiting with Andre Berto. The rematch didn't happen so we made this happen."

As the fight draws closer, there will be fewer topics upon which the two will agree. For now, they are more than willing to see eye-to-eye on rational issues such as this.

"We thought we had that fight with Danny Garcia," Berto (31-4, 24KOs) - who held a welterweight belt from June '08-April '11 - sadly revealed, having been placed on standby since last summer for such a fight, only to have the rug yanked from under him after two months of waiting. "We went to the next best thing an that was Shawn Porter. This is an elite group (at welterweight) and we have to face each other."