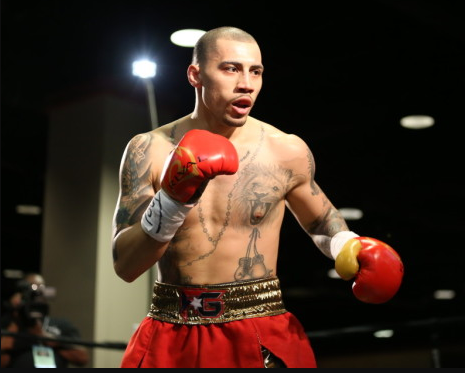 Jr.Middleweight contender Frank Galarza has recently inked with Adrian Clark, AC Sports Management. Galarza will be looking to Adrian Clark to guide his career has he hopes to land a Jr.Middleweight title bout in the near future.

Frank Galarza, climbed to contender status with a limited amateur background and made debut in 2010. Taking his first lost in 2015 against Jarrett Hurd. Then he fought Ishe Smith and lost again by a MD. Galarza was during that fight in round two. Now at 31 years old he is looking to get things back on track. "I know that I have a lot of fight left in me. The past 2 years were tough but that's the business for you. I am glad to have the right team behind me, now. Big things ahead," said Galarza.

"It wouldn't be right if AJ was not involved. I reached out to AJ and told him that I wanted to work for Frank but he (Galante) had to be on board. I am excited to work with Notorious FG and AJ. This will be a great team effort". Clark stated.

Clark did not specify a date of Galarza's return but mentioned that he has been in contact with a few promoters interested in signing Galarza.